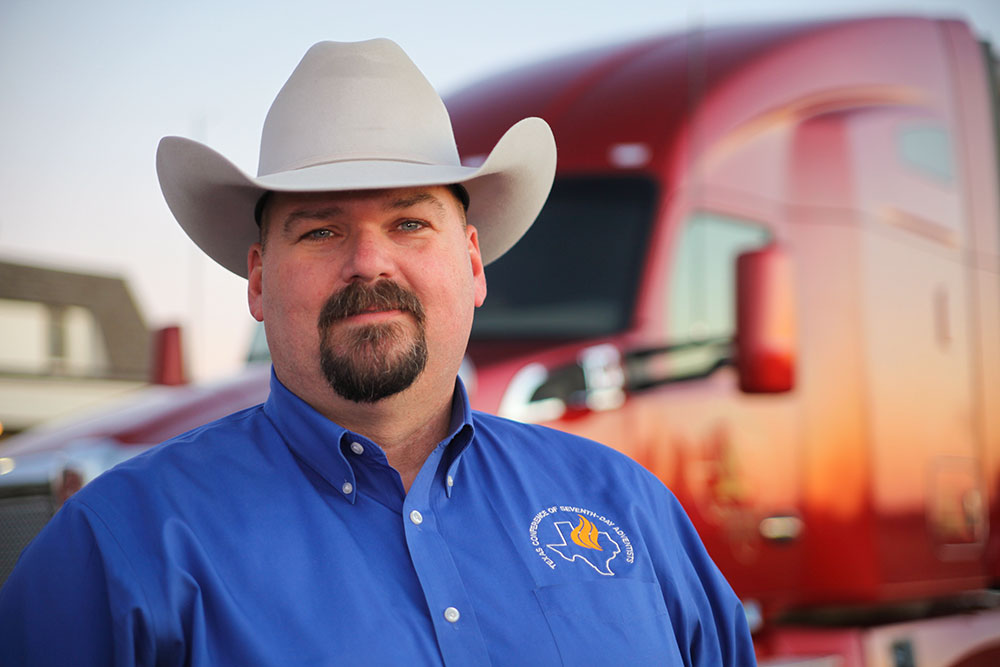 ALVARADO, TEX. – "We move with care, everywhere" has been the slogan for the Texas Conference Transportation Department for more than 15 years. Created in the mid-1950s, this department was formed to move people within the Southwestern Adventist Union territory and beyond.

We bring something special that other movers may not have: a prayerful spirit, trust in our Lord and care for our brethren. We start each move with prayer, asking God for safety and comfort, knowing transitions can be hard for some people. We have had people tell us that they have never had someone pray for their safety while working, and how moved they were by that.

Our drivers—myself, David Lambeth, Daniel Jaramillo and Anthony Rosado—have shared stories of stopping immediately and praying when challenges arose. Whether it was making a wrong turn or having a mechanical issue, as soon as the prayer was spoken the answer was revealed.

I grew up around the conference trucks with my parents, Doug and Janet Habenicht, who worked in the Transportation Department along with my grandfather, Johnny Thompson, who was a driver for the Texas Conference. I enjoyed being in the big rigs as my family moved people from coast to coast. At a young age, I saw the difference they made for those they moved and am thankful we can do the same. If we can plant a seed in someone’s heart that leads them to Jesus, we have moved the most important commodity.