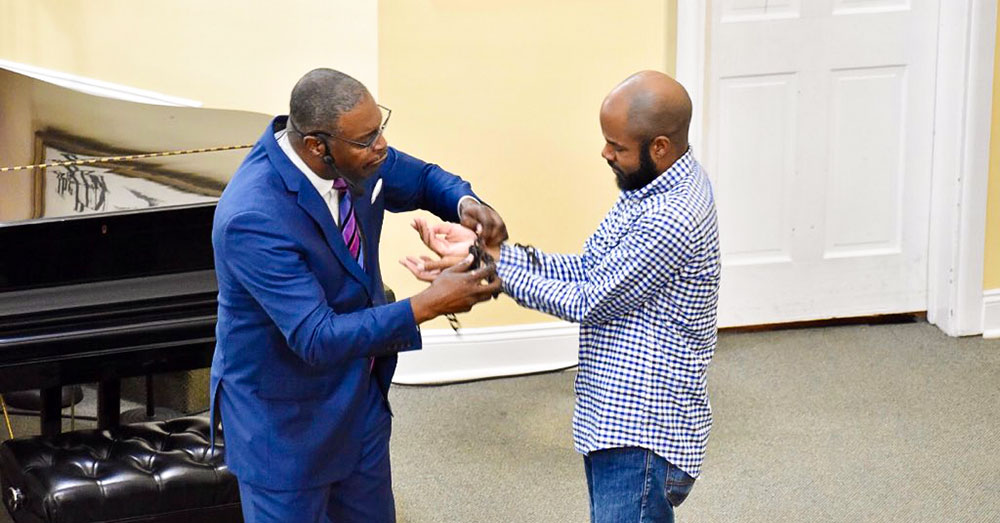 NEW ORLEANS – The Breaking Chains Community Conference took New Orleans by storm. Calvin Watkins, Sr., Southwest Region Conference president, preached the message for 10 nights. Music was provided by LoLo Harris of Atlanta, Ga. and Hezekiah Brinson. Along with the preaching and music, the Bible workers and members prayed for and with the new members.

In preparation for the meetings, the Bible workers hit the streets two weeks prior to opening night. They met people, prayed with them, gave Bible studies and invited them to church. They also attempted to meet their needs. One example of this is when they met a couple who wanted to be married. The Bible workers did what they could to make this happen.

On opening night the attendance was over 200. Vacation Bible School was offered to children ages 3-11. Watkins delivered a powerful message. The next day, each person was contacted and invited to attend the next night. The Bible workers attempted to develop relationships through what they called “Friendship Ministry.” By making these types of contacts and building relationships, the attendance remained at 200 and more each night.

As the people listened night after night, they began to make decisions about being baptized. On Sabbath morning, Nov. 23, 38 people were baptized and one person joined on Profession of Faith. This number included the couple who wanted to get married. Harold Goodloe, pastor of the Ephesus Seventh-day Adventist Church, married them during church service and then baptized them. Baptism did not stop there. Five more people were baptized that Sabbath evening and two more were baptized the following Sabbath.

Programs have been implemented to ensure that new member transitions into Adventism and the Ephesus church family is a pleasurable experience. Programs such as Spiritual Partners and Adam’s Mother’s Birthday Party have all proven to be effective. Winning souls for the Kingdom is the mission of Ephesus church!