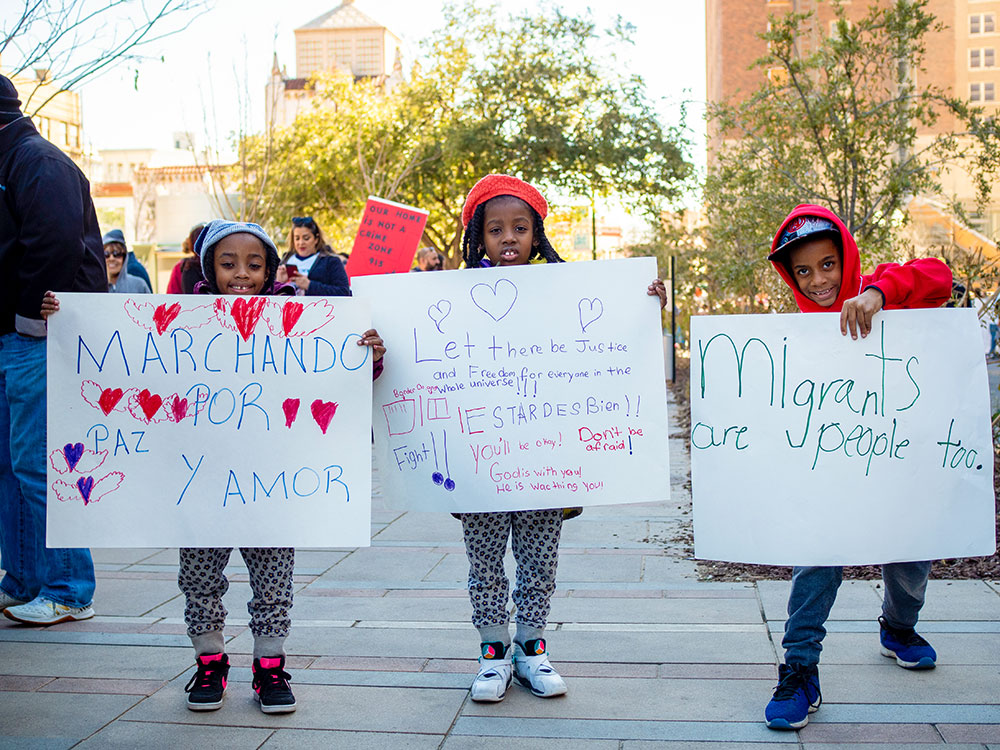 DALLAS – On January 25, Jaime Kowlessar, Dallas City Temple Seventh-day Adventist Church senior pastor, and 50 church members headed for El Paso for the “Mission Possible” trip. The group wanted an up-close and personal look at conditions of immigrant families in their fight for United States citizenship. The mission trip was headed by Kowlessar, who advocates social justice opportunities and being the hands and feet of Christ. The itinerary was coordinated by Faith in Texas and Hope Border Institute, two grassroots community actions organizations that also advocate for social and economic justice.

In El Paso, church members visited the United States–Mexico border wall; participated in feeding and clothing distribution at a migrant shelter; and joined a local rally protesting the criminalization of asylum seekers. All were moved to tears as they heard various stories of the reasons people are fleeing their country. Some flee because of the extreme of physical and mental anguish that are experienced in a quest to escape the violence in their home countries and move to the United States for a better life. News accounts of the two children that died in ICE detention centers became even more real as members listened to live testimonies from people and organizations that work with these distressed families. Going forward, “Mission Possible” has fueled a desire for future mission trips as well as tangible ways to minister to families that need help. This way, “Mission Possible” becomes “Mission Accomplished.”