Pathfinders Witness with Pamphlets at Parade 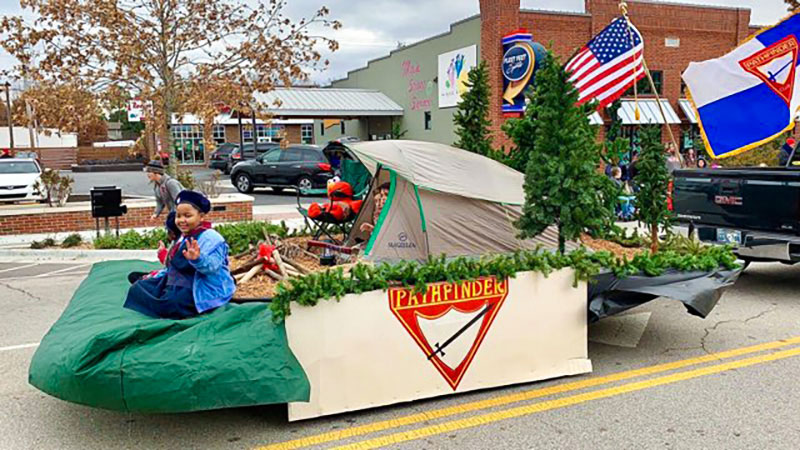 However, even though we started the process in early November, we found that getting that many pamphlets with all pertinent information printed was not going to be an easy task. After many calls, our leader, Barbara Calvert, found acceptable pamphlets at the Upper Columbia Conference.

Barbara enlisted the help of her nephew, a graphic designer, then found a printer in Canada that agreed to print and send the pamphlets in time for the parade. They arrived at 3:30 p.m. on Friday for the Saturday parade the next morning. Perseverance, patience and prayers paid off.﻿

Our club asked the Haskell, Oklahoma Drum Corp to march ahead of our float. Our combined efforts, along with many prayers, perseverance, pamphlets and Pathfinders, equaled a precious opportunity to witness as all pamphlets were distributed along the parade route.

Not only were our Pathfinders enthusiastic, the crowd lining the street was appreciative of our float and our marchers.