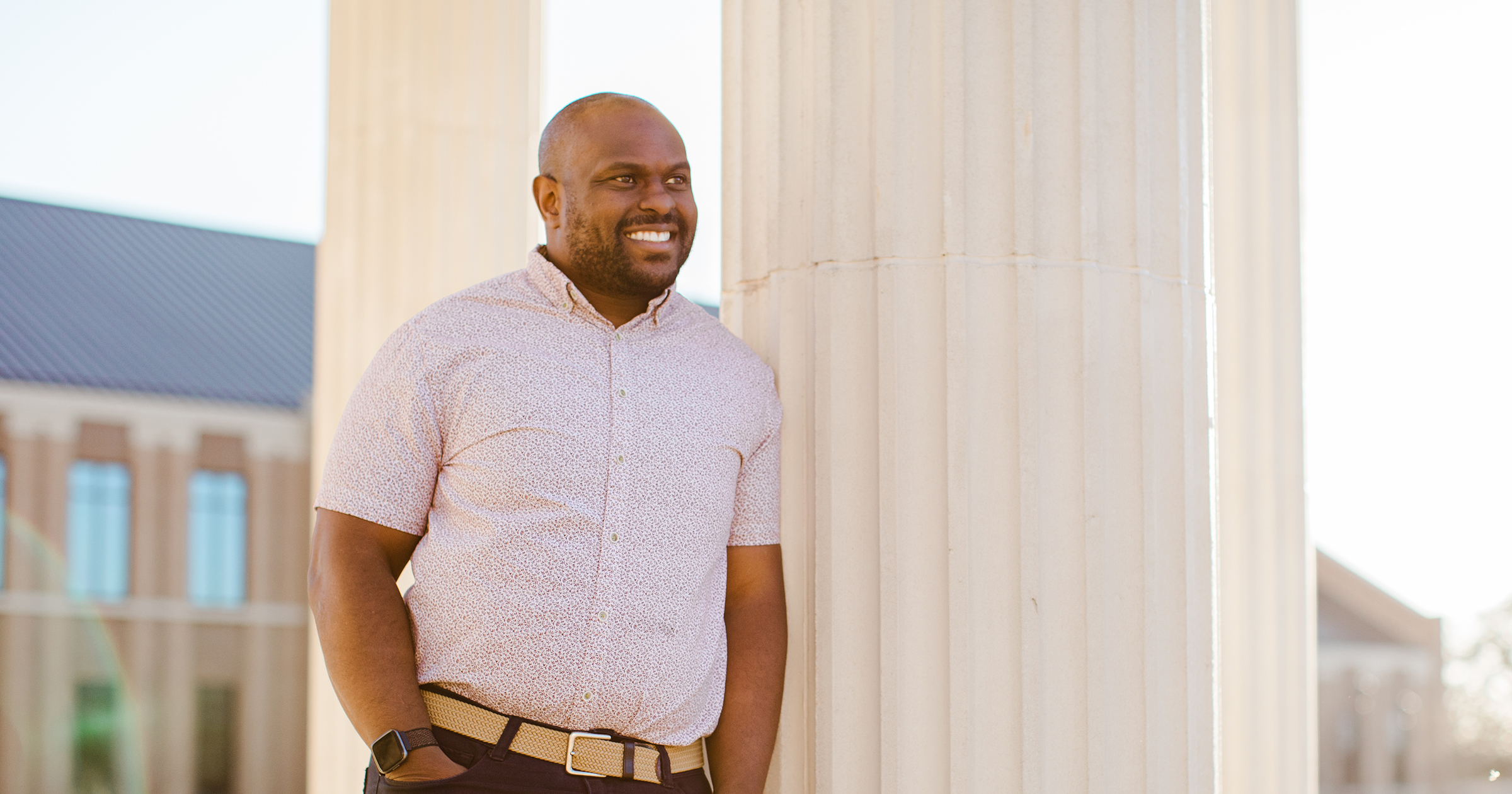 When Buster Swoopes, Jr., was five years old, his dream was to be a pastor. “My parents recently reminded me that I would play baptism with my stuffed animals, my sister’s dolls, and my G.I. Joes. I’d have them all sitting like they were being preached to during a church service, and then they would all be baptized,” says Swoopes. While his dream to become a pastor did become reality, God has led him to a ministry he never expected, as a professor at Southwestern Adventist University. Not only is he teaching religion classes, but he has the opportunity to encourage, guide, and support students at a critical time in their lives.

Swoopes’ father was a singing evangelist, and the family spent weekends traveling to different areas in Oklahoma and Texas. His father would give a concert, usually ministering in tandem with an evangelist. The family joined him, and this is where Swoopes says he came to understand the many different aspects of ministry. During an evangelistic meeting when he was 13, he first felt God truly calling him to the ministry. “I remember leaning over to my mom and telling her. After that, I never looked back.”

As a junior theology student at Southwestern, he remembers professor Bill Kilgore, the man whose position he would once be asked to fill, challenging him, saying, “If you can do anything else in your life—do it. You won’t be satisfied in pastoral ministry.” Swoopes remembers returning to his dorm room that night and praying earnestly, “God, if you want me to be here, I need you to re-call me.” Within two weeks, a pastor called him unexpectedly, saying, “I’m not sure why, but I feel compelled to tell you that you need to stay where you are. You’re on the path that God has called you to.” That was confirmation.

It was at Southwestern that he met his wife, Lauren, who became a partner in life and ministry. When they moved to their first assignment, a church plant in San Antonio, Swoopes was excited to finally follow the commission God had given him. But it didn’t go well, he says. In the first year, the church went from 18 to 12. He was discouraged, but attended a church growth summit with Joseph Kidder, who encouraged him to pray.

So he prayed. He went to the church on Wednesdays and spent the day in prayer, and that is when things began to change. People began coming to the church. “A deacon moved from Oakwood, a head elder came from Houston, and the person who mowed our grass said, ‘I know this woman who is looking for a Sabbath church.’ She became our church clerk!” says Swoopes. The little church began to grow rapidly, and in two years there were more than 120 people attending.

Swoopes went on to pastor in Houston before attending seminary, then returning to Texas to pastor the Crowley church. It was then that he and Lauren, now with their two children, Neal and Raina, began to pray for more opportunities to reach beyond the member sitting in the pew, to reach people who aren’t connected to God yet. Several months later, a few weeks before school started, he got a call from Southwestern, suggesting that he think about transitioning to teaching. He knew this was God calling him again.

Though he had little time to prepare, he says it was a blessing, as it forced him to adopt a dialogue-based classroom style, something Swoopes wouldn’t change because of the deep and authentic interactions that students have found encouraging. For Swoopes, it’s amazing to see young people who may know about God come to actually know Him.

In one of his classes, students are asked to write down a personal vision statement, an understanding of their life’s purpose according to the will of God. They can refer back to the statement and talk to God about it throughout their journey. Part of that is understanding that God can and will use them. Beyond his classes, Swoopes thinks of his own family, his children, in these moments as he encourages and prays for them to follow God’s call. Though he once felt differently, Swoopes says he now understands how important a desire to serve God is. “It’s important to want to serve God, and to be open to the call He has for you. If you tell God you want to be used by Him, He will use you,” he says.

By Jessica Lozano. Lozano is a freelance writer based in Texas.