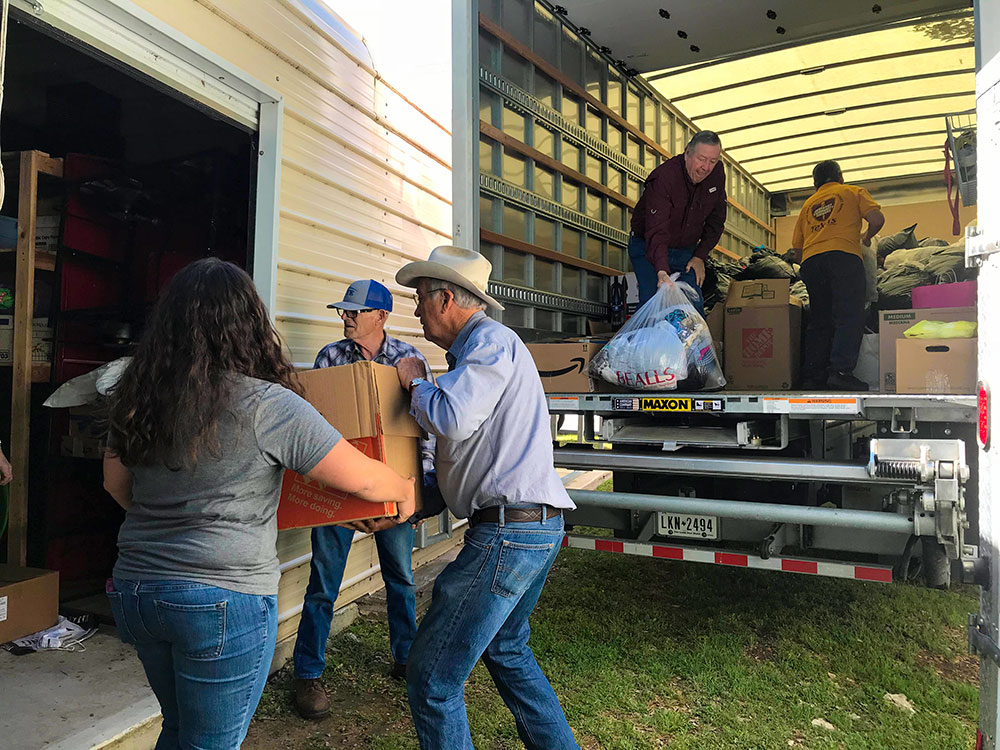 SAN ANTONIO – Nine years ago, George Barnette, a member of a disaster team in San Antonio, Texas, attended a presentation by Frank and Mary Jeys explaining what Adventist Community Services (ACS) does with donated clothing.

Since then, every year for the past eight years during the season of Lent, United Methodist church members in the hill country sponsor a clothing drive under the direction of Barnette.

These churches have been a tremendous help to our ministry. Barnette shared that they have invited another district to join them for next year.

Would you consider having a Christmas in July clothing and shoe drive at your church? Children's clothing in new and very good condition is always needed. When Hurricane Harvey forced residents to flee, some people had only the clothing on their backs. They appreciated receiving a clothing kit that included new socks and underwear. Email acs@txsda.org
for information.