A Big Task and a Big Promise 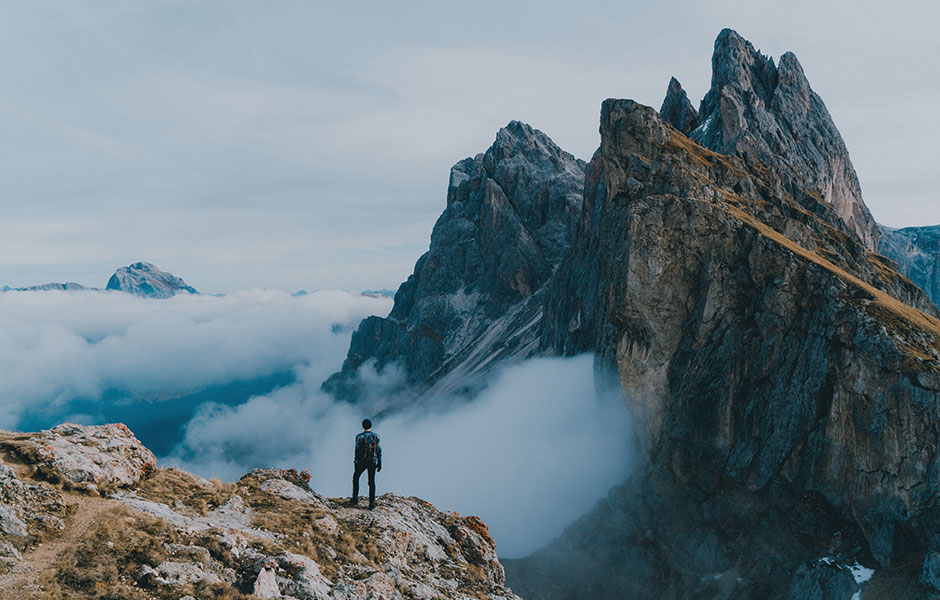 The conversation would change his entire life. I wish I had been the proverbial fly on the tent wall that day. Joshua had been with Moses since he was a teenager but nothing prepared him for this moment. I imagine it went something like this: “Joshua, there is something God has told me to tell you. Because of what happened at Meribah, God has told me I will not be leading the children of Israel into the Promised Land.”

I am sure Joshua’s heart must have sunk at those words. After all these years—the stress, the aggravation, the intercession—Moses could not finish the journey. “But there is more,” Moses said. “God has chosen you to succeed me and to lead the children of Israel to their inheritance.”

When Moses told him that he would be the one leading the children of Israel home, I’m not sure what emotion Joshua first felt. Was it shock, unworthiness, fear or a combination of all three? “Joshua, God has chosen you for this great task. Never forget that He will be with you.”

The words of his mentor comforted him, but even as he stood there being commissioned as the next leader, deep down inside Joshua’s  unworthiness continued to be a constant companion. He hoped against hope that not only for his sake but for Moses’ sake, that God would change his mind. But the day came when Moses ascended Mount Nebo and never returned.

“After the death of Moses the servant of the Lord, the Lord said to Joshua son of Nun, Moses' aide: ‘Moses my servant is dead. Now then, you and all these people, get ready to cross the Jordan River into the land I am about to give to them—to the Israelites.’” Joshua 1:1,2. Not only did Joshua have big sandals to fill succeeding Moses as the leader of Israel, which was intimidating enough, now he had a big task ahead: leading the children of Israel into the Promised Land.

But God promised success. In Joshua 1:3-4, He promised that everywhere the children of Israel went, they would be conquerors. No one would come close to defeating them as they moved into Canaan. In verses five and six, God speaks some personal words to Joshua, “No one will be able to stand against you all the days of your life. As I was with Moses, so I will be with you; I will never leave you nor forsake you. Be strong and courageous, because you will lead these people to inherit the land I swore to their ancestors to give them.”

Joshua had big sandals to fill in succeeding Moses and a big task to accomplish in leading Israel to the Promised Land, but he also had a big promise from God. Four times in Joshua 1, God repeats to Joshua the words, “be strong and courageous.”

Though I am sure Joshua felt many emotions as God was talking to him, foremost was fear. Fear is one of the easiest and most common emotions we feel. It is the first emotion Adam and Eve felt after the fall. We feel it when we are put into an unknown situation.

Joshua was in an unknown situation. He was leading a group of people who he had seen wear Moses down into a land that, 40 years previously, their fathers and grandfathers had refused to enter. In addition, he was facing unknown foes as well as trying to fill the humongous sandals of Moses. No wonder he was fearful! I would be.

Somewhere deep down inside, Joshua’s fear was probably percolating. Did he have what it took? Could he be like Moses and lead these fickle people? As all of these thoughts ran through his head and the fear rose to the surface, God shared with him the words, “Be strong and courageous.” The original language says, “Be strong and strong.” So God is saying, “Joshua, be strong and strong because I am strong and I am with you.”

Aren’t those great words of encouragement? Wouldn’t you love to hear those words from the lips of God when you are fearful? Those same words spoken to Joshua, God speaks to you and me today when we are fearful no matter what we encounter.

If you are confronted by a big decision and you don’t know what to do or which way to turn, God says, “Be strong and courageous, because I am strong and I am with you.”

Maybe your finances are falling apart and you don’t know where your next penny will come from. God says, “Be strong and courageous because I am strong and I am with you.”

Maybe you are challenged by an uncertain medical diagnosis, and you don’t know what the future holds: treatments, healing or death. God says, “Be strong and courageous because I am strong and I am with you.”

Maybe your family is facing a crisis and you feel depleted and defeated. God says, “Be strong and courageous because I am strong and I am with you.”

Maybe God has placed a wonderfully exciting project on your heart and you are eager to follow through, but anxious to execute. God says, “Be strong and courageous because I am strong and I am with you.”

By Tom Grove. Grove is the executive pastor at the Arlington
Seventh-day Adventist Church in Arlington, Texas. He lives with his wife, Deborah and two children, Mark and Caroline, in Grand Prairie, Texas.