Domestic violence, suicide, human trafficking—all are issues that impact society and, admittedly, even our church. 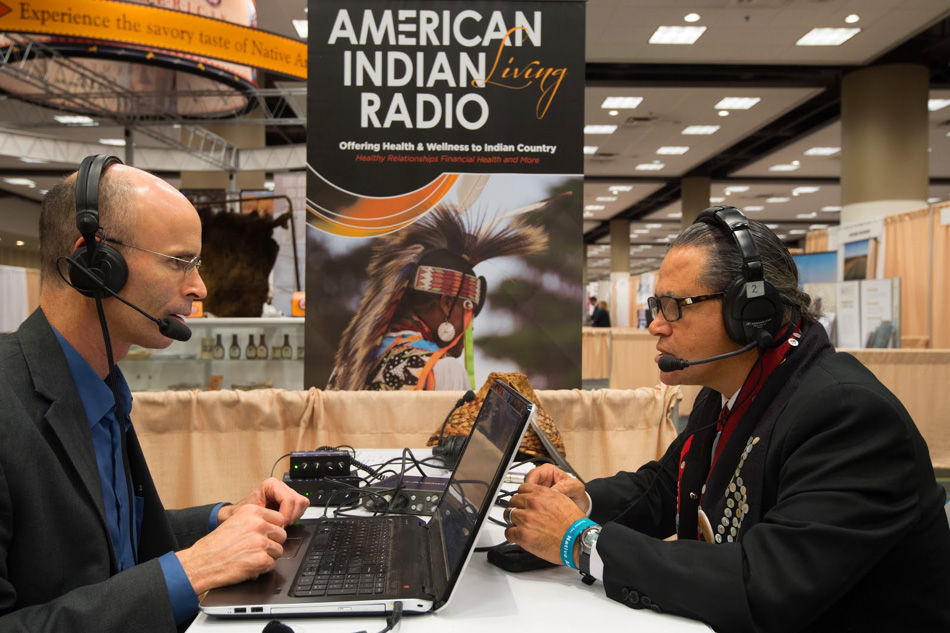 Domestic violence, suicide, human trafficking—all are issues that impact society and, admittedly, even our church. These sensitive topics were discussed alongside farming issues, youth involvement, language retention, and other matters of Native American importance at the National Congress of American Indians’ (NCAI) 74th Annual Convention. The Oklahoma Conference Native Ministries (NM) Department participated in Native Country’s most popular and important conference, which was held late last year in Milwaukee, Wisc. Alongside members of congress and other US government officials, the NM Department attended the convention in order to interact with attendees and provide health screenings; to identify issues across tribes that the Native Ministries department can address in Oklahoma; and to befriend and strengthen friendships with Native leaders. The outgoing NCAI President, Brian Cladoosby (Swinomish tribe), is part of five generations of Seventh-day Adventists. He invested four years with NCAI leadership, meeting with General Conference President Ted Wilson, NAD President Dan Jackson, President Barack Obama, senators, tribal leaders, and indigenous international leaders. Many of these prominent leaders now have insight into Adventist beliefs thanks to President Cladoosby’s faithful involvement.

Pastor Jim Landelius (Seminole, Shawnee, and Ada Adventist churches), Oklahoma Conference Native Ministries Director; pastor James Bokovoy (Bristow Adventist Church), Oklahoma Communication Director; and Elder Robert Burnette, Assistant to the Oklahoma Conference President, met with NCAI leaders to ascertain how the Native Ministries department can effectively reach Native Americans in Oklahoma. Both Bokovoy (Cherokee) and Burnette (Onondaga) are enrolled members of federally recognized tribes and have established relationships with many Oklahoma tribal leaders. There are 47 federally-recognized tribes in Oklahoma, making it an important site for the department to evangelize through friendship, community service, health screenings, and Bible studies. Additionally we hold an annual Native Health and Heritage summer camp at Wewoka Woods Adventist Center. Native Americans have many reasons to be leery of Christian churches because of horrific events that scarred their people for generations. Meeting Native people in their environment, such as NCAI’s Annual Convention, is beneficial in several ways, most notably because non-Natives are saturated with the Indian culture, and it is the Native Americans’ choice to participate in church-sponsored activities, such as the free health screenings and co-sponsored health walk.

There are many similarities between the 10 commandments and the Native spiritual laws that transcend tribes and denominations. Many tribal members are faithful Christians of various denominations and others still hold to their traditional beliefs, but many Native Americans have no faith at all as a result of forced attendance at boarding schools, language extinction, and other egregious racial events, including historical inaccuracies. The consequence of these traumas are jaw-dropping statistics of suicide attempts and suicides; addictions; cultural loss, including their own faith (Native ceremonies vary from tribe to tribe but tend to hold seven sacred teachings of respect and sharing); and health challenges, especially diabetes. Considering their complicated history, connecting spiritually with Native communities clearly requires more than traditional methods of soul winning. Simply sharing a tract or advertising a seminar about last-day prophecies may not capture concepts that resonate with Native communal religious beliefs.

As a segue to evangelism, the Oklahoma Native Ministries booth featured photos of Seventh-day Adventist Native members in full tribal regalia, and CREATION Health material, courtesy of Florida Hospital. The most recent edition of American Indian Living™ magazine (published by the Oklahoma Conference), was in every attendee’s welcome packet. The magazine uses CREATION Health topics as its core for each issue. NCAI is a frequent contributor to the magazine, so the relationships between NM directors (at the union and conference levels) and NCAI staff are vital to communicating our faith and commitment to Native social, health, and spiritual issues. One of the most significant onsite activities by the NM department was the health screening area where three Adventist nurses and Sonia DeRose, M.D., screened participants throughout each day. On Wednesday, a one-mile health walk was sponsored by the Church, along with Nike N7, Gerald L. Ignace Indian Health Center, Red Lake Nation, and Arkray USA, Inc.

David DeRose, M.D., a Seventh-day Adventist internal medicine physician and author, was also present and interviewed Native Americans in their leadership capacities for his weekly radio broadcast, American Indian Living™ Radio. The healthy lifestyle show is heard on Native Voice One Radio and features Native leaders, healthcare providers and others who bring research and lifestyle tips that enhance the physical and spiritual health and wellbeing of Native and non-Native listeners in North America. Collaborating with Native leadership, especially those who work with the government, lends credibility to the Adventist message we gently share.