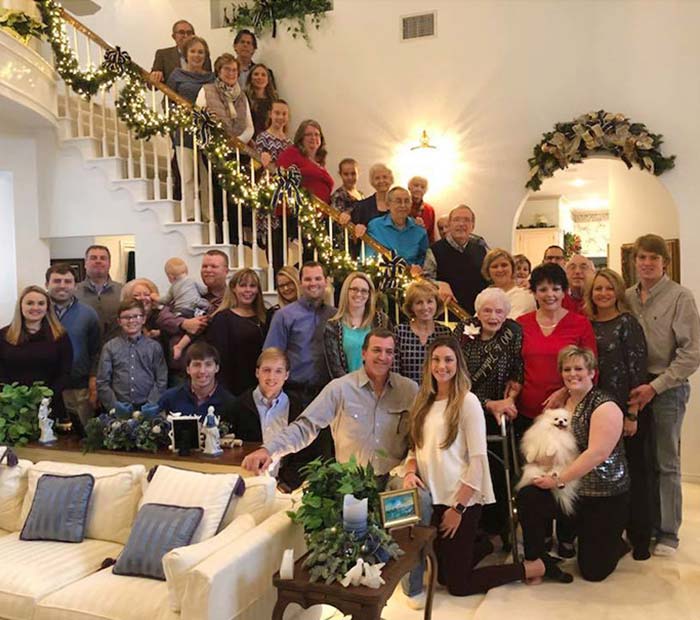 DALLAS – Lydia Sadau Flynn was born Jan. 5, 1918 and remembers the days of horse-drawn buggies. Her parents, Julious and Martha Sadau, were baptized into the Dallas First Seventh-day Adventist Church when she was five years old and Lydia is still a member today.

Tragedy struck the family in 1926 when her father died of scarlet fever. Lydia's mother was advised to start a church school for her six children on their farm in Olney, Texas. When the Great Depression came, Martha was no longer able to continue the church school. God still watched over them by providing a Seventh-day Adventist teacher in the public school.

Lydia was 18 years old when she married, and she had six children: Durwin, Dewayne, Larry Eustace, Shirley Wahlenmaier, Branda Campbell-Buchanan and Darlene Garr.

Around 1950, Lydia became a nurse, which would later become the profession of many of her children, grandchildren and nieces who wished to follow in her footsteps. She always had a garden on her farm in San Angelo, Texas, where she lived until she was 93. She sold her organic produce at the farmers’ market, sending the proceeds to various church and nonprofit organizations.

Active in the church, Lydia was a pianist and Sabbath school superintendent. President Donald Trump and Governor Greg Abbott, along with their respective wives, sent her birthday greetings.

An avid Bible reader, Lydia hopes to live to see Jesus come. She still helps spread the gospel to anyone she sees.