A Moment of Kindness

A Lifetime of Gratitude 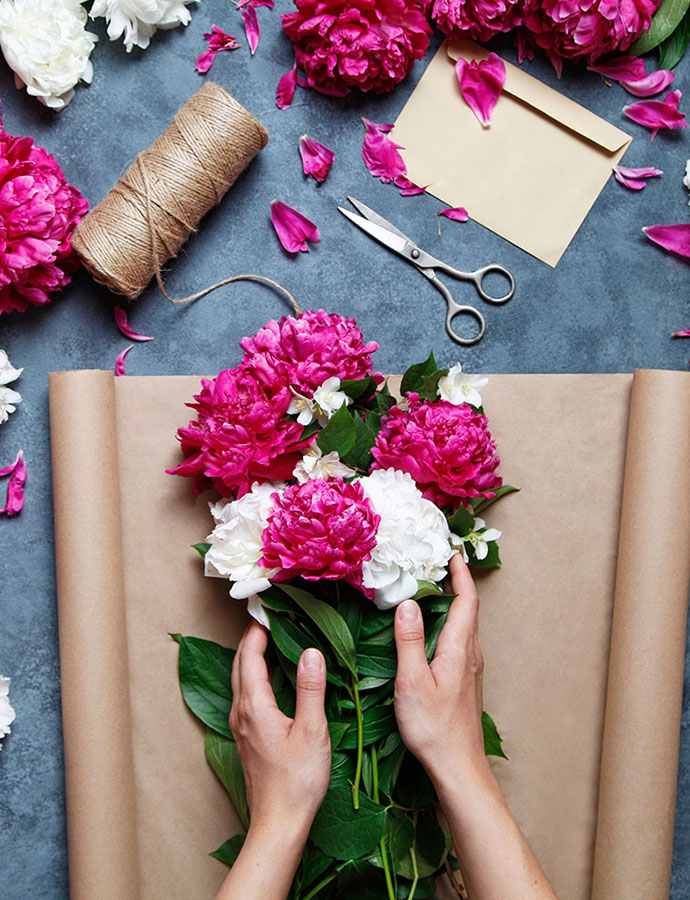 The Bible tells us that we are saved by grace through faith—and not because of our own goodness or good works. Salvation is a gift from God! Kindness and compassionate acts are simply way to express the love that we have in our hearts for God and God’s creation! Is there a time in your life that someone’s act of kindness made a lasting impression? The following are moments of kindness or compassion that made an impact.

“I was having lunch with a friend, and when we stepped outside of the café to go our separate ways, a young woman approached us with large bouquets of flowers in her arms. She explained that she was giving away two bouquets to each person she came across—one to keep and one to share with someone else. She was from a local florist shop that had decided to take part in a city-wide initiative to spread kindness. Our days were brightened and we were each able to brighten someone else’s day thanks to the gesture.” - Jessica L.

“I made a mistake and told my supervisor that a project was going to cost quite a bit less than the vendor had actually quoted. I didn’t realize the mistake for weeks, but when I did, I was horrified and embarrassed because the project was already in production. I went to my supervisor and told him what had happened, and I was shocked by his reaction. He was very understanding and gracious and said we would figure it out. I told the vendor of my mistake also and I was shocked again to find that the vendor was also kind and gracious and offered to lower the price as much as possible to cover my mistake. I learned from my mistake but I was also able to experience such grace and kindness that I’ll never forget it.” - Suzanna F.

“I had come to this country because of a job offer, but when I arrived I found out that the paperwork was still not complete so I was unable to work. My wife and I were newly married, broke and in a new country. Our first anniversary was coming up and I told my wife I wanted to take her to a real restaurant, but that we couldn’t order dessert because we just couldn’t afford it. On our anniversary we went to eat and we had a nice time. When the time came to pay, our waiter said there was no need to pay! Someone had paid for our meal! I asked who it was so I could thank them, but the waiter said they wanted to remain anonymous. I was amazed by both the generous act and the fact that they didn’t want any thanks or recognition. Twenty-one years later, I still remember how much it meant to us.” - Elton D.

“I was going through a difficult time but didn’t really have anyone I felt comfortable confiding in. One day, a casual friend came to me and said, ‘I just wanted you to know that I can see what you’re going through, and I am praying for you.’ Even though we were not close friends, the fact that this person cared enough to let me know that they saw my situation and were praying for me lifted a burden from my shoulders. It doesn’t take a lot to show you care.” - Anonymous

“During a drive to work, my car got a flat tire on the highway. A truck driver hauling rocks pulled over to the side of the road, got out, helped me locate my spare tire, and offered to change my tire for me. His kindness made me think of how much better the world can be, when people that have no connection to us, can show care for one another.” - Prithy D.

“I was all by myself in the drive-thru line at a fast food restaurant and I pulled up to the window to pay for my meal. The cashier said, “Oh, no need to pay! The person in front of you paid for you!” I was so surprised. This had never happened to me! It was a small thing, but it brought such a smile to my face that I thought, I should do that for other people! Now, whenever I see people in line behind me who seem down, or are all alone, I pay for their meal. I love to see their faces light up in surprise and happiness.” - Marline D.

“I was at a crossroad in my life and wasn’t sure what to do or what my next steps would be. I had a friend that I’d known since high school who I spoke to occasionally but we lived on opposite sides of the country so we only chatted sporadically. She mentioned that a job was open at her company and that I might be a good fit for it. Then she mentioned that she’d already given my resume to the human resources department. I hadn’t been looking for a new job specifically, but she laid the groundwork for me to move back to a place where I was close to the support of my family and friends. I am incredibly grateful for her thoughtfulness and actions on my behalf.” - Anonymous

“Our family had always been involved in music ministry, but one day, many years ago, a man from our church’s congregation told us that he believed in our ministry so much that he wanted to pay for us to produce a cassette tape to share the music with others . We couldn’t believe it! We were so grateful and told him that we would pay him back, but he said not to worry—pay it whenever we could. His decision to encourage us in our ministry in that way sparked a lifetime of music ministry for our family. You never know what impact a single act of kindness may have!” - Neyra G.

“One day, when I was much younger, I had become very ill and was home alone. I felt overwhelmed by the sickness and my inability to do anything to take care of myself. To my surprise, an uncle who lived several hundred miles away just happened to be driving through town and decided to stop by to visit my family. Finding me by myself in such a miserable state, he stayed and took care of me for several hours until I was feeling well enough to rest comfortably. The assistance and the company did me good, but it was the kindness and randomness of the event that always stayed etched in my heart.” - Reggie J.