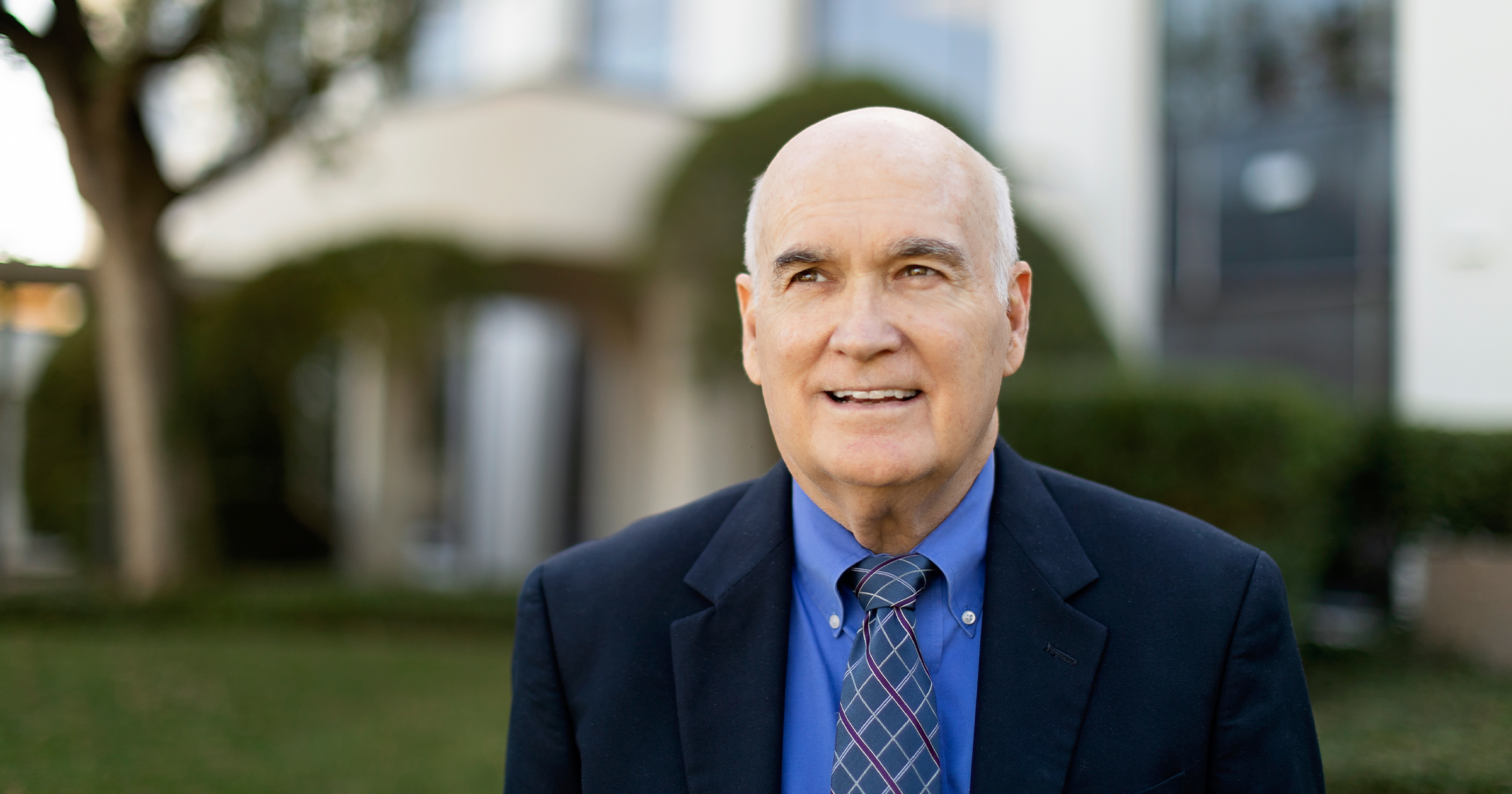 When Larry Moore was a young boy, he and his parents had just become members of the Seventh-day Adventist Church in San Antonio when they received a visit from their new pastor. Larry was in another room of the family home, listening as the pastor invited his parents to send him to the church school across town. It was 1961 and Larry was 12 years old.

“I said to myself, ‘There is no way that I’m going to go to that school,’” he says, laughing. He liked his new church and he loved Jesus, but the public school near his house suited him just fine. The pastor was persistent and made a suggestion. The church school’s first day was a week before the public school’s. Why not try it out for a week to see how it went? Larry agreed to the plan in order to appease the pastor and his parents. Internally, however, Larry remained resistant.

Moore entered eighth grade at San Antonio Junior Academy that fall and met many people who would become life-long friends and even colleagues in ministry, including Jeanne Keplinger, the young woman who would become his wife.

“And the rest is history,” says Moore. He didn’t return to his former school; instead he completed eighth through tenth grades at the junior academy and made the decision to continue in Adventist education by attending Southwestern Union College Academy (now Chisholm Trail Academy) and Southwestern Union College (now Southwestern Adventist University) in Keene, Texas. In his time at the academy and college, he worked at the on-campus cabinet shop in order to pay for tuition. It was his job to apply lacquer to the finished cabinets, a job he did for six years until his graduation from the university.

“As a new college student, I didn’t know what career path I might choose at Southwestern. My parents had a moving business, and I thought I might work with them. My mom thought perhaps I should become a lawyer, but I didn’t really think that was for me. I’d become an expert at applying lacquer, but couldn’t picture myself doing that forever. I was attending a Week of Prayer, and the speaker asked a very specific question. He asked if anyone felt the call to become a pastor for the church. The speaker asked a few times that week, and I felt convicted. I felt very strongly that the Holy Spirit was working on both the heart of the speaker as well as on my own heart. I stood up and accepted that call. From then on I knew the path before me was to follow God’s calling to become a pastor and to let Him lead my life.”

Moore completed his bachelor’s in theology, and, after graduation, he again relied on God’s leading and accepted a call to work as a pastoral intern in a small Arkansas district. By then, he and Jeanne had married, and they took on the Mountain Home and Mountain View churches, which had about 80 members between them.

“I was happy to be there. One thing that I’d learned while working in the cabinet shop, and that I relearned again and again, was to never look at any opportunity or job as a waste of time or beneath me. There is always a greater purpose in play, and there is always something to learn in those opportunities. In the cabinet shop, I learned how to get along with people, something that helped me greatly throughout the years. If God puts you somewhere, do your best and see what it is that you can learn from the experience,” says Moore.

In a few years, the Arkansas-Louisiana Conference offered to sponsor his studies at the Andrews University Theological Seminary in Berrien Springs, Michigan, where he earned a masters in divinity. During this time, he and Jeanne started a family, having two daughters, Becky and Cindy.

After attending seminary, the family returned to the Arkansas-Louisiana Conference to pastor in Louisiana. In the early 1980s, he was asked to pastor in the Arizona Conference, where he spent a decade pastoring in the Phoenix and Tucson area, before being called back to Texas to serve as the Texas Conference executive secretary from 1994 through 1997. In 1997 he became president of the Nevada-Utah Conference, where he served until 2004. In that year he joined the Burleson, Texas, church as its senior pastor. Larry thought he might finish his career there, but God had other plans. The Texas Conference asked him to take on the role of ministerial director in 2010, and in 2011, Larry was surprised to be called to the role of president for the Texas Conference. Within a month, however, he’d been called again to become the president of the Southwestern Union.

“God has led me to places that I never would have expected,” says Moore.

Many times in his life and career, Moore had to step out in faith that he was following God’s will. In those times, he recalled his favorite Bible scripture, Isaiah 41:10, “Fear not, for I am with you; Be not dismayed, for I am your God. I will strengthen you, Yes, I will help you, I will uphold you with My righteous right hand.”

Larry held on to those words of comfort and promise as he began his pastoral ministry as a young man, and as he took on new pastoral and administrative roles as God called him throughout his career. He recalls that it was that first step into Adventist education that influenced his life and career paths, and to committing to follow wherever God led.

While Moore intends to continue serving God and has plans to volunteer with Adventist Community Services, he is looking forward to spending some quality time with his wife, children, and three grandchildren.

By Jessica Lozano. Lozano is the Southwestern Union Communication Director and Record Editor.