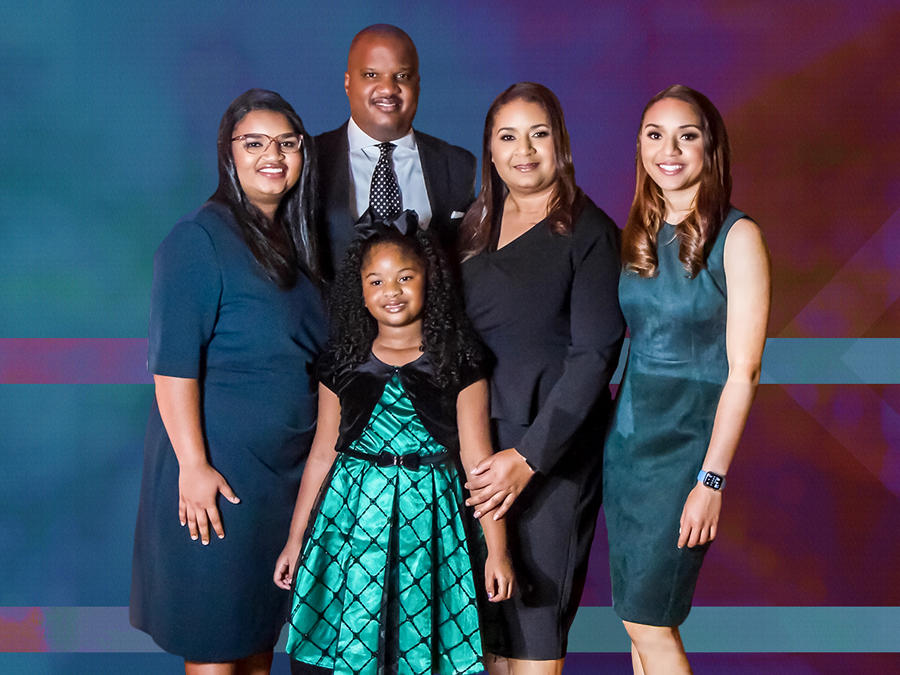 DALLAS – Carlton P. Byrd, newly elected president of the Southwest Region Conference, was born in Baton Rouge, La. He is a graduate of Oakwood University in Huntsville, Ala., and has dual degrees, a B.A. in Theology and a B.S. in Business Management. At Tennessee State University, he earned an M.B.A., and at Andrews University, he earned both M. Div. and D. Min. degrees.

In his 27 years of pastoral leadership in Mississippi, Alabama, Tennessee, Texas and Georgia, Byrd has constructed and renovated churches and schools, baptized over 20,000 persons, and served on numerous denominational and community boards, along with serving as a guest minister on several religious television networks.

A very active participant in the community, Byrd founded the Berean Outreach Ministry Center in Atlanta, Ga., which housed a food pantry, clothes closet, barber shop, hair salon and fitness center. Under Byrd’s leadership during his pastorate at the Atlanta Berean Church, the United States Department of Housing and Urban Development awarded a $5.2 million grant to the church, and the church constructed a 50 apartment senior citizens’ housing facility for church and community senior adults alike.

Most recently, he served as the senior pastor of the Oakwood University Church. During his pastorate there, over 750 individuals were baptized, the church was completely renovated and two new buildings were constructed during his tenure: the Oakwood Adventist Academy (K-12th grade) building and the 22,000 square foot Oakwood University Church Family Life Center, housing a vegetarian food market, barber shop, health clinic, gymnasium, commercial kitchen, classrooms and community service areas.

The recipient of numerous honors and achievements, Byrd received the coveted “Chosen Pastor Award” for Atlanta’s Gospel Choice Awards in 2007, was selected as the Oakwood University Alumnus of the Year for 2008, was inducted into the Martin Luther King Board of Preachers at Morehouse College in Atlanta in 2008, was selected as the 2016 Pastor of the Year for the Alabama NAACP – Huntsville/Madison County Branch, was named the South Central Conference Pastor of the Year in 2012, 2018 and 2019, was the recipient of the prestigious 2019 North American Division Achievement Award for Evangelism and was listed among Marquis’ “Who’s Who in America” in 2020. Byrd also serves as a member of the United Negro College Fund’s National Faith Initiative Advisory Council.

Byrd is currently speaker/director for the Breath of Life Telecast, a role he has served in for 11 years and through December 2021. Under his leadership at Breath of Life, four churches have been planted and thousands baptized. He has authored three books, and the scope of the media ministry advanced to include six nationally televised holiday specials on ABC and NBC.

Byrd is happily married to his wife of 23 years, the former Danielle Mounter, and they are the proud parents of three daughters; Christyn, Caileigh and Carissa. The Byrd family loves Jesus and seeks to share Christ’s love with others in the hope that individuals will engage in a saving relationship with Him.

We welcome the Byrd family home to the Southwest Region Conference and the Southwestern Union and pray God’s blessings on their ministry!