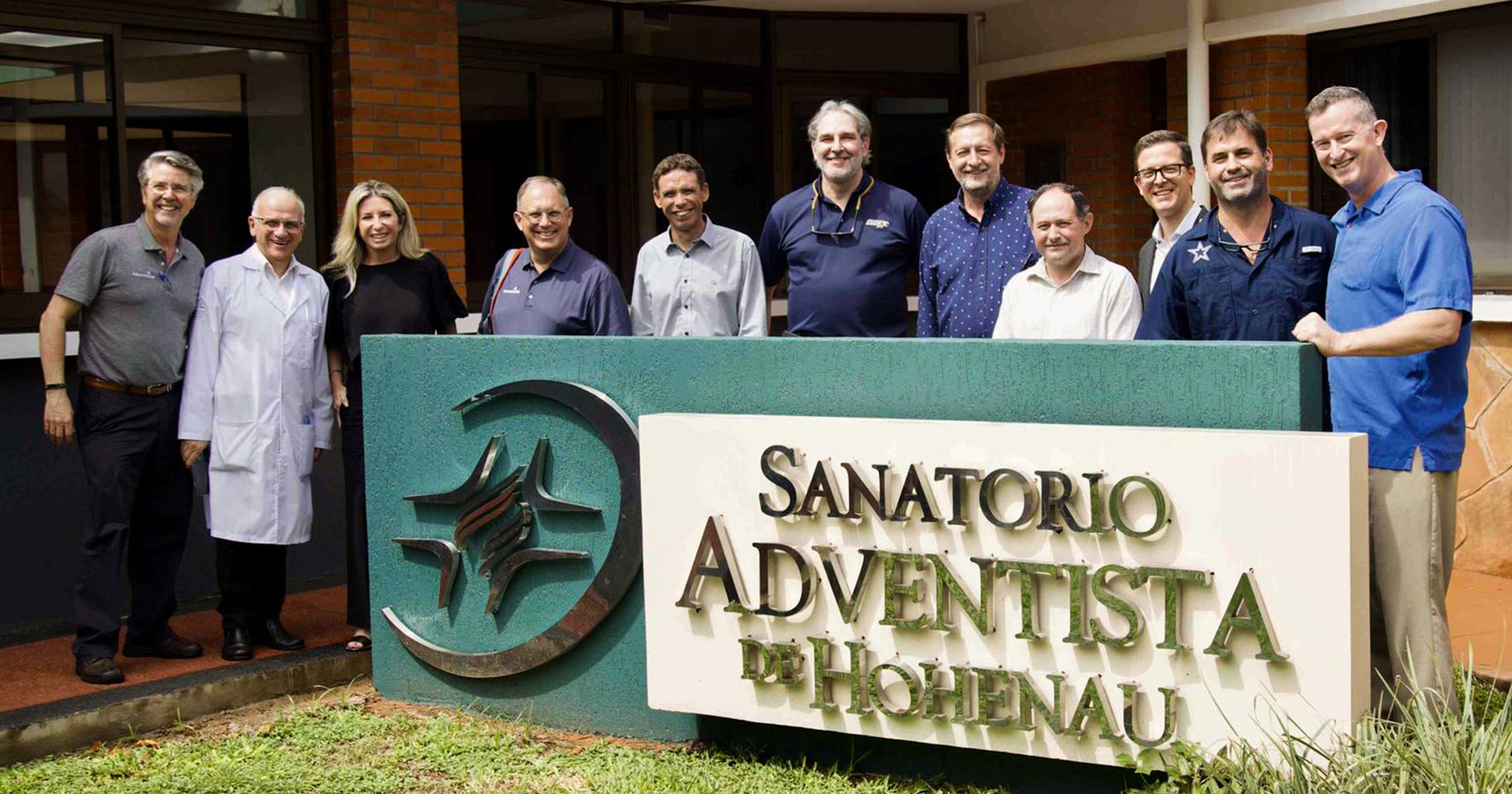 BURLESON, TEX. – AdventHealth has signed an agreement for the growth of medical work in two major hospitals located in Asunción and Hohenau, Paraguay, establishing these hospitals as the twelfth footprint in AdventHealth’s Global Missions program, which focuses on cooperation, training, community care and medical equipment.

Asunción is one of the most densely populated regions of Paraguay with suburban and high-rise buildings along with several higher education institutions. The Asunción Adventist Sanitarium is in the heart of downtown Asunción. Just a five-hour drive from the capital, Hohenau is more rural, surrounded by streams and fields. The sanitarium is at the center of Hohenau, near businesses and residential areas.

Part of the worldwide Seventh-day Adventist health care network, the sanitariums are medical missionary institutions providing services ranging from pediatrics and gynecology-obstetrics to cardiology and neurology. Asunción recently celebrated its 60th anniversary in 2019 with a medical campaign providing free services for its community, aiding 250 people. Hohenau will celebrate its 60th anniversary in 2023.

AdventHealth first connected with the two hospitals when Paraguayan nurses were invited to the Annual Nursing Conference, organized by AdventHealth Global Missions, to connect with nurses from other mission footprints and expand their clinical knowledge. The conference was held virtually because of the pandemic and nurses from both hospitals were able to attend. Focusing on the COVID-19 response, the conference provided an excellent, and safe, opportunity to learn ahead of the anticipated spikes to come.

Communication and joint activities between the two institutions continued sporadically until 2022, when leaders from the AdventHealth Southwest Region and AdventHealth Global Missions visited the two hospitals to launch the conversation that would result in a signed cooperation agreement.

“Though the hospitals themselves are set in vastly different areas of the country, the passion for excellence and quality was evident in the people from each location,” said Penny Johnson, president and CEO of AdventHealth in the Southwest Region. “We spoke with some patients in the Hohenau hospital, and they shared that they would drive two hours to the Hohenau facility because they preferred the faith-based care and service received there.”

Kevin Roberts, CEO of AdventHealth Central Texas and AdventHealth Rollins Brook, said the Paraguay hospitals are well established and modern with great potential to deepen their impact in the communities they serve. AdventHealth’s role will be to help accelerate their mission within their communities through supporting the acquisition of modern equipment, consulting on quality and leadership and providing medical team outreach into rural communities.

“Knowing that the leaders within the organization make personal contributions to support this ministry is also inspiring and vital to success,” said Roberts.

“We’ve always had a heart for mission in this region. We just didn’t have a mission footprint until now,” said Johnson. “We will be just as blessed by this partnership as the two hospitals in Paraguay will be.”