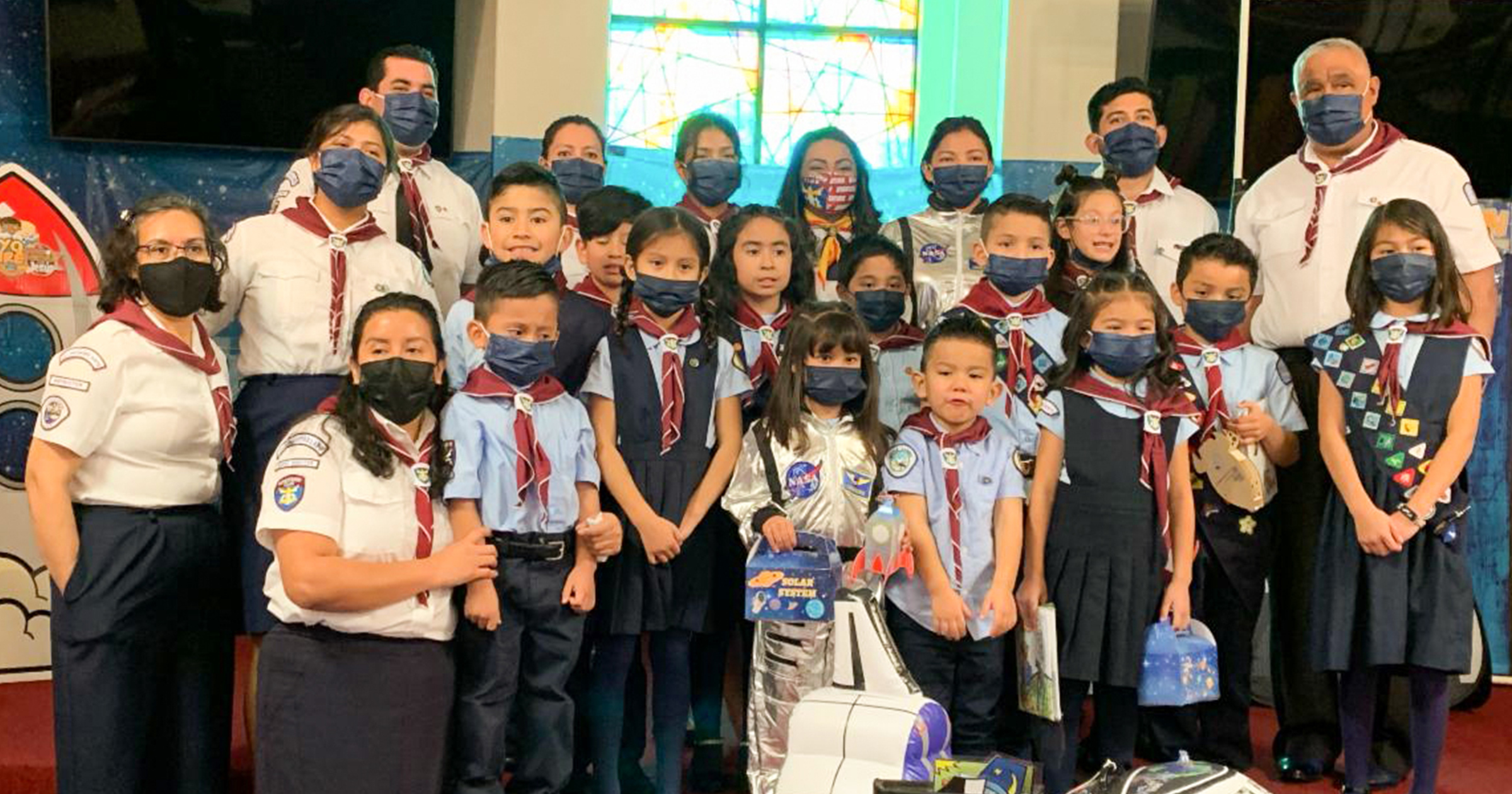 WEST SILOAM SPRINGS, OKLA. – The West Siloam Springs Seventh-day Adventist Church’s “Little Working Ants” Adventurer Club said, “I will go,” and led out in an evangelistic campaign from Jan. 29 to Feb. 5. Despite poor weather forecasts, the adventurers learned from astronauts and rockets, and made personal and spiritual discoveries.

Weeks prior to the campaign, a demonstration of talents was held in the church. Each child was encouraged to participate in showing their gifts and talents through singing, poetry, prayer, painting and preaching, which they gave to the service of the Lord. The campaign focused on the theme “I will go on a Universe Adventure with Jesus.” The campaign started on Saturday and continued through the week. Even though an intense snowfall made it impossible to meet in the church, they continued on Zoom. One by one, with the help and support of parents and teachers, they praised the Lord through reading the Bible, prayer, special music, experiments, dramatized stories and songs. Everything was greatly enjoyed thanks to those who gladly directed the puppets. Likewise, it was possible to appreciate and learn how God created the vast universe in seven days. This activity was rewarded at the end of the week by those who learned it by heart. We enjoyed learning how the Lord has given people intelligence to create rocket ships that allow astronauts to travel through the universe, the speed they can go and the clothing they must wear. The sun is the major star which illuminates us, and the astronauts use its power to return to earth. When Christ comes back for us, and we take a trip through the universe to heaven, we will not have to depend on a rocket ship but go through the power of Jesus.

Finally, eight children presented an extraordinary agenda; each night they presented stories of Biblical characters who each said, “I will go” in different ways. The first was Isaiah who said, “Here am I; send me.” Esther said, “I am afraid, but pray for me, and I will go.” Jonah, even though he said, “I do not want to go, I will flee,” ended up fulfilling God’s command to preach to the Ninevites. In the parable of the two sons, one said, “I will go,” and the other, “I will not go,” and both ended up doing the opposite. Paul also expressed that he wanted to go, to speak to the gentiles. Philip said, “God told me I must go that way.” And, as a prime example, Jesus himself said, “I want to go and save the world.”

Thanks to the program, others have become interested in learning about Jesus and getting involved in the club. And, just as these children accepted the invitation to go preach this message, the invitation is extended to each reader to spread the gospel of Matthew 28:19-20: “Therefore go and make disciples of all nations, baptizing them in the name of the Father and of the Son and of the Holy Spirit, and teaching them to obey everything I have commanded you. And surely I am with you always, to the very end of the age.” I want to go, do you?