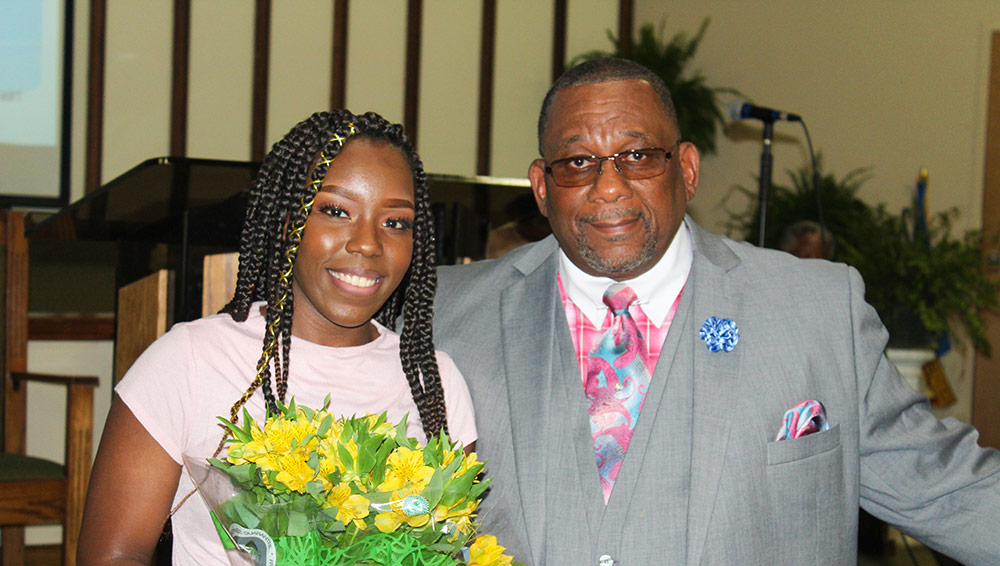 BATON ROUGE, LA. – It was never meant to be competitive; and yet each year it results in an invariable “battle of the sexes.” Berean’s annual Mother’s Day tribute and Father’s Day tribute have become a bit of a competition, but not as you might think.

The Mother’s Day tribute began under the leadership of Michael Scott, men’s ministries director. Speaker Marque McCarter presented his adapted “This Is a Man’s World; But It Wouldn’t Be Nothing Without A Mother.” McCarter’s United Nations statistics regarding women in the workforce reminded us that in spite of their earning less for the same amount of work performed by men, women are not in jobs for the money. “Women can be proud of the role biblical women played in Jesus’ life. They were the first at the cross, the tomb and first to announce His resurrection.” Using Matthew 20:20-24 as his featured scripture, he shared how the mother of Zebedee’s sons not only prayed for her children to be a part of Jesus’ heavenly kingdom, but also to be involved in the work of His kingdom. Scott (pictured right) and his crew followed with presenting certificates of appreciation and colorful handbags with an array of gifts to the ladies (Roquel McCarter, left). The fellowship meal in a really ornate setting culminated the day’s festivities.

Then it was time for Carla Chevies and the women’s Father’s Day celebration. Festivities began with reception area gift bags awaiting each man as he entered the church. Next, came personalized, framed certificates for fathers and non-fathers. Then, the pastor and 13 other men were summoned up front for personalized trophies that included their respective roles in the church. While the men were trying to recover from all this attention, Portia Perkins began her message, “Fathers–Reflectors of God.” Beginning with the letter F for faithfulness as evident in Abraham through R for respectfulness shown through Samuel, she honed in on how fathers with these attributes represented true reflectors of God. “Even though each Old Testament prophet had flaws, God used them as examples to demonstrate what fathers reflect and how they affect home, church and the community. Because men are made in God’s image, they are His true reflectors,” emphasized Perkins in her closing. Then it was on to the annex where the women wooed the men with a meal “fit for a king.” Incidentally, “the jury is still out” on whose tribute was better, but both admit it was good clean competition.