Appreciation for the Blue 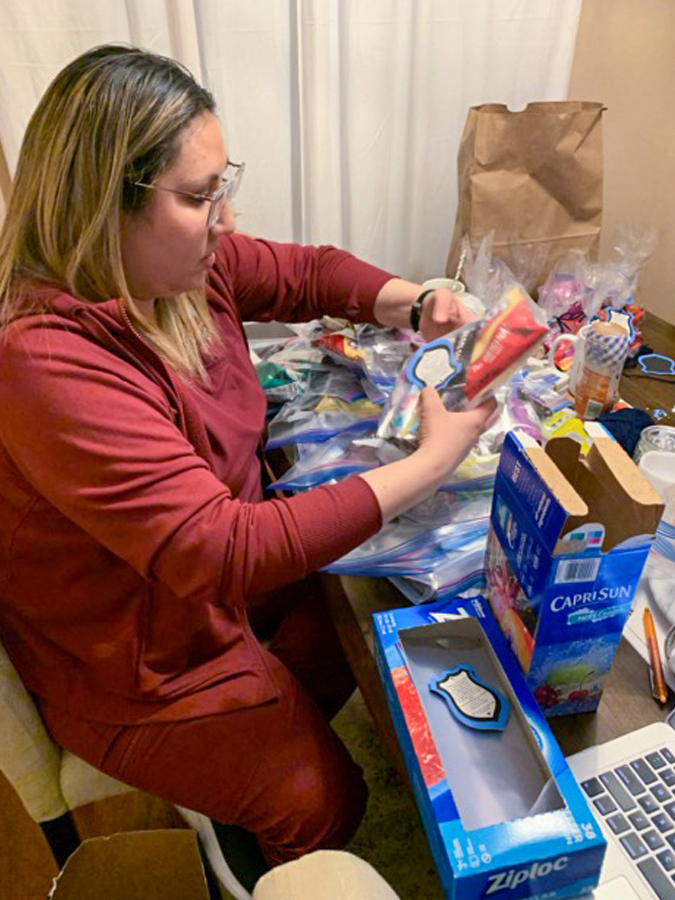 ALBUQUERQUE – Almost a year after starting the “Comparte Amor” or “Share Love” initiative, the youth from the Albuquerque North Valley Church are continuing to share God’s love and encouragement with church members and the community. In February, many of them were heartbroken after a 28-year-old New Mexico State Police officer was fatally shot in an interstate shootout that was captured on video and made national news.

“It is so tragic, he was so young,” said Aimee Monge. “We have two church members that are also active in our youth ministry that are police officers. This prompted us to want to show them, and as many officers as we could, our appreciation for risking their lives every day for our safety.”

In March, the North Valley youth filled more than 200 bags with treats and a special note and delivered them to several sub-stations of the Bernalillo County Sheriff’s Office. Although they were not able to interact directly with the officers, the youth got special access to visit the buildings and leave the bags in the officers’ meeting rooms.

The following Sabbath, the youth paid a special tribute to the two officers who are part of the youth team during the AY service. They received a special gift that included a devotional for Law Enforcement. Saul Flores, North Valley pastor, also had a special prayer asking God for His continuous protection, and he thanked them for their service.

The “Comparte Amor” team plans to continue sharing God’s love and is currently leaving goodie bags in mailboxes for mail carriers and plans to work with the homeless in the near future. Praise God for young people with loving hearts who purpose to do His will!