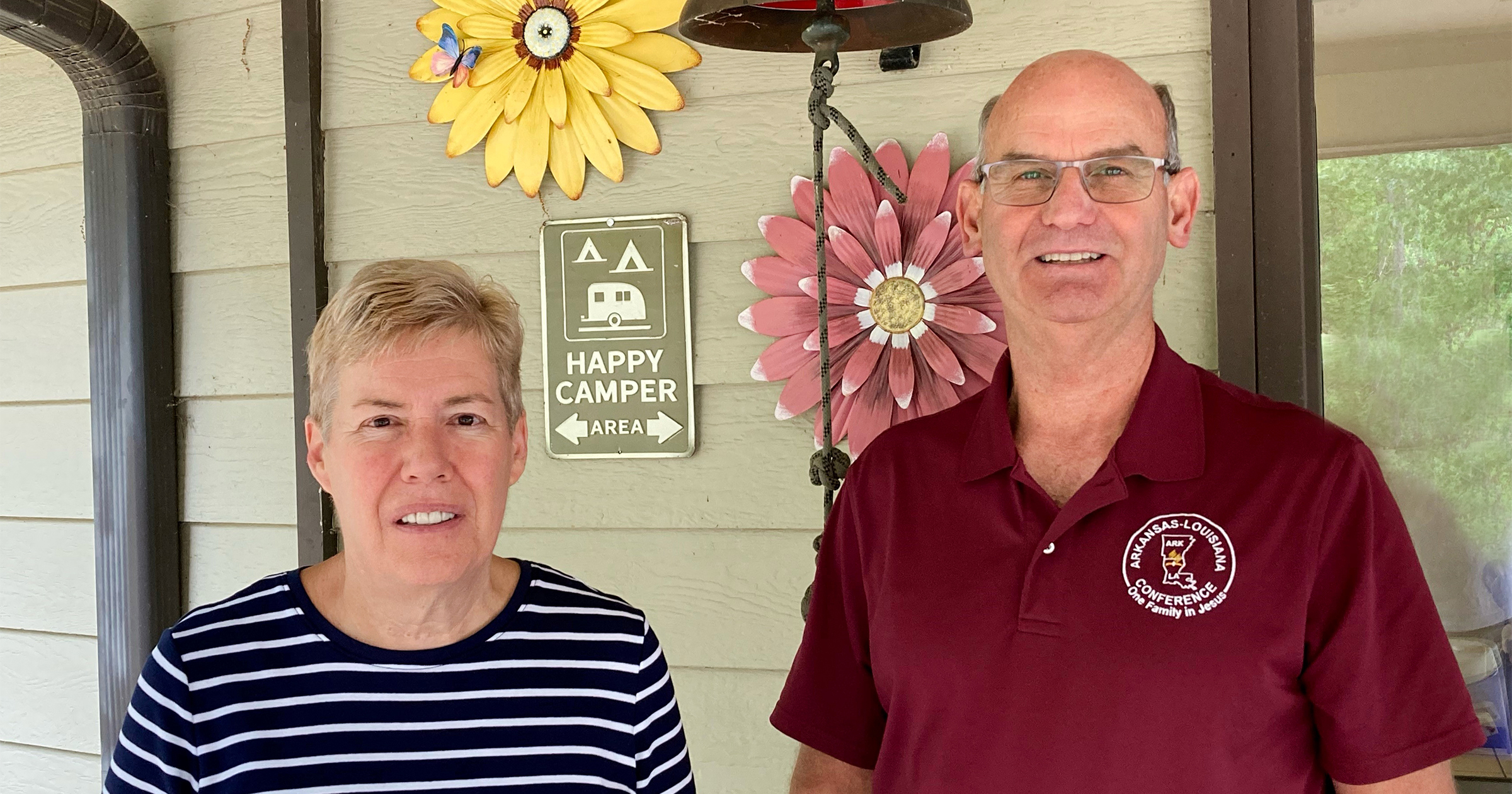 SHREVEPORT, LA. – Stephen and Rebecca Burton, Arkansas-Louisiana Conference (ARKLA) education superintendent and administrative assistant of education, respectively, will begin their retirement on Aug. 1, 2022, culminating in a total of 40 years of service to the Seventh-day Adventist Church.

Steve began as interim Ranger at Camp Yorktown Bay (CYB) on Oct. 1, 1979. This lasted eight months, during which time he met his future wife, Rebecca Gunter, who worked at CYB as summer staff. He graduated from Southwestern Adventist University in May 1983, with a degree in Elementary Education. By April 1, 1983, Steve was employed by the Texas Conference, where he worked on the conference construction crew for three months until school opened. Both he and Rebecca taught in the Texas Conference for two years. On July 1, 1985, Steve was asked to come to the Arkansas-Louisiana Conference, where he taught in Mena, Ark. at a church school for eight years. In July, 1993, he and Rebecca moved to the Ozark Adventist School, where they taught together for 17 years.

On July 1, 2010, the Arkansas-Louisiana Conference asked Steve to become education superintendent, where he and Rebecca have worked for the last 12 years and 1 month. Their retirement is being facilitated by time being spent to transition in the new education superintendent and his wife, Tim and Angeliqua Kripps. When asked what he would consider the highlight of his years teaching and being superintendent of schools, Steve was quick to mention that Outdoor School was his favorite part. He has been the director of Outdoor School for over 20 years. Steve and Rebecca will be very much missed in the office and in the field.

The Burtons want to express their thanks for all the well-wishes and gifts of appreciation for their service as superintendent and administrative assistant for the education department of the Arkansas-Louisiana Conference. “We will always treasure the friendships and memories we have made over the years.”