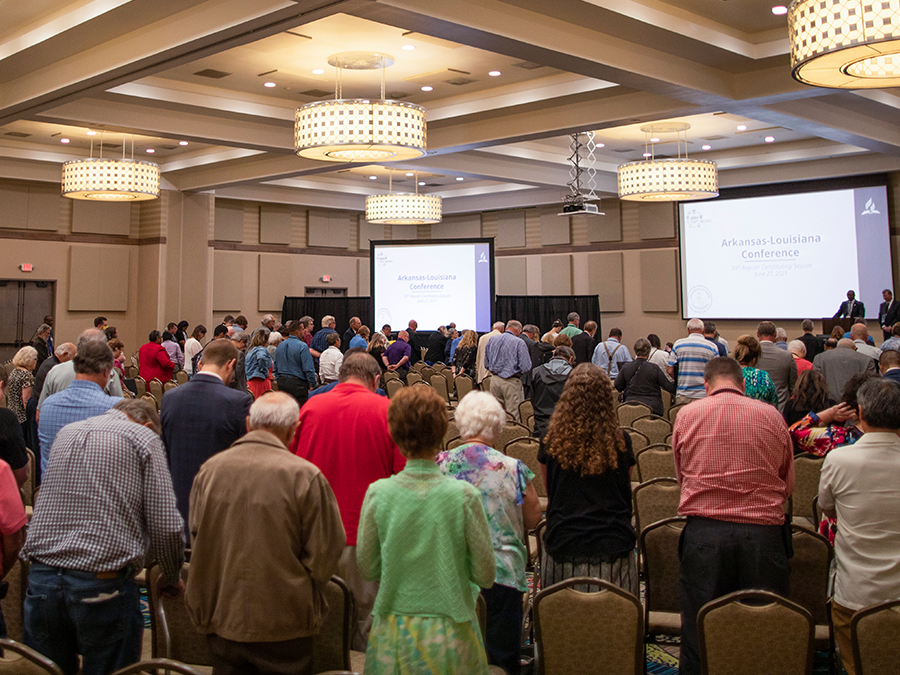 TEXARKANA, TEX. – The 35th Regular Constituency Session of the Arkansas-Louisiana Conference was held June 27, 2021, at 9 a.m., at the Texarkana Convention Center in Texarkana, Tex. More than 300 delegate representatives elected officers and directors for the 2021 - 2025 quadrennial session.

The administrative officers presented their official video reports, sharing the many blessings and challenges faced by the conference. Treasurer Rodney Dyke shared that tithe and offering had been down prior to 2020, but that, with God’s blessing, it was up in 2020, even in the midst of the pandemic.

Following the administrator and departmental reports, Roderick Cowley, CPA, CA, General Conference Auditing Service audit manager, shared the Dec. 31, 2020, 2019, 2018 and 2017 audit report for the Arkansas-Louisiana Conference. The conference received an unmodified or “clean opinion,” which is the best opinion review an organization can receive, for all four years.

During the session, Juan Borges officially retired and was honored with his wife, Betty, for their years of service to the Arkansas-Louisiana Conference and the Adventist church.

The meeting came to a close just after 4 p.m. The administration thanked the delegates and staff for their work during the day and dismissed the meeting with prayer.

Congratulations to all of the elected personnel and we pray for God’s guidance for those individuals elected to serve the Arkansas-Louisiana Conference for the next four years, their families and their ministry efforts.