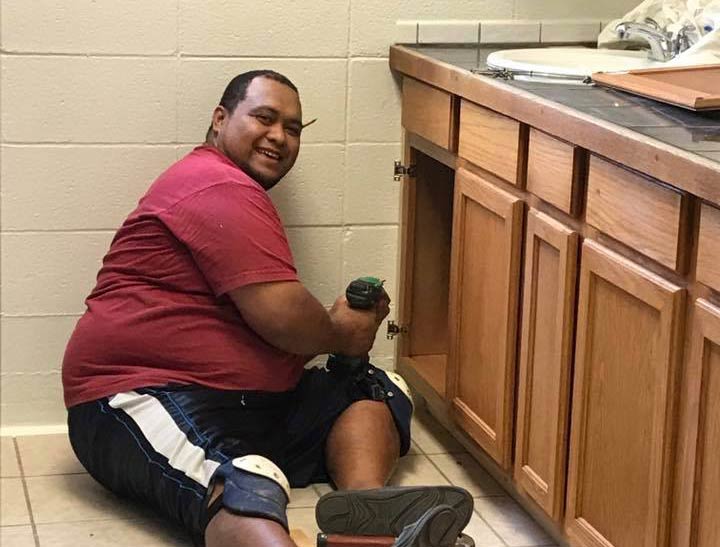 JEFFERSON, TEX. – During February 2018, Carl and Sandy Keller (pictured on right) began dreaming about taking another mission trip. They had been on several and were hooked.

“Why don’t we do a mission trip close to home and save all our travel time and money for lodging? We could use our own tools, sleep in our own beds, and still be on a mission “trip,” Sandy proposed. “Let’s do a mission trip to Jefferson Christian Academy!”

Carl took the idea to the Jefferson Central Seventh-day Adventist Church board, discussed it with the elders and the pastor, and people got excited. Close to home was a big draw for those who couldn’t take a lot of time off from work.

During alumni weekend in April, an appeal went out for help on the Boy’s Dorm, which was badly in need of repair. It was a great project for a mission trip. The church promised $3,800 and two weeks of work with a Vacation Bible School in between.

The whole dorm was scraped down and painted and eight weeks into the venture, a load of new vinyl flooring arrived. Sandy promised that as long as the money kept coming, she would be on the job.

The mission trip that started with $3,800 mushroomed into a $25,000 job. For anyone interested in being a part of a mission trip, Sandy says, “Check out your own backyard.” There are many projects that God has waiting for someone to tackle. If He can use you to organize and get things started, you have no idea what He can turn it into!