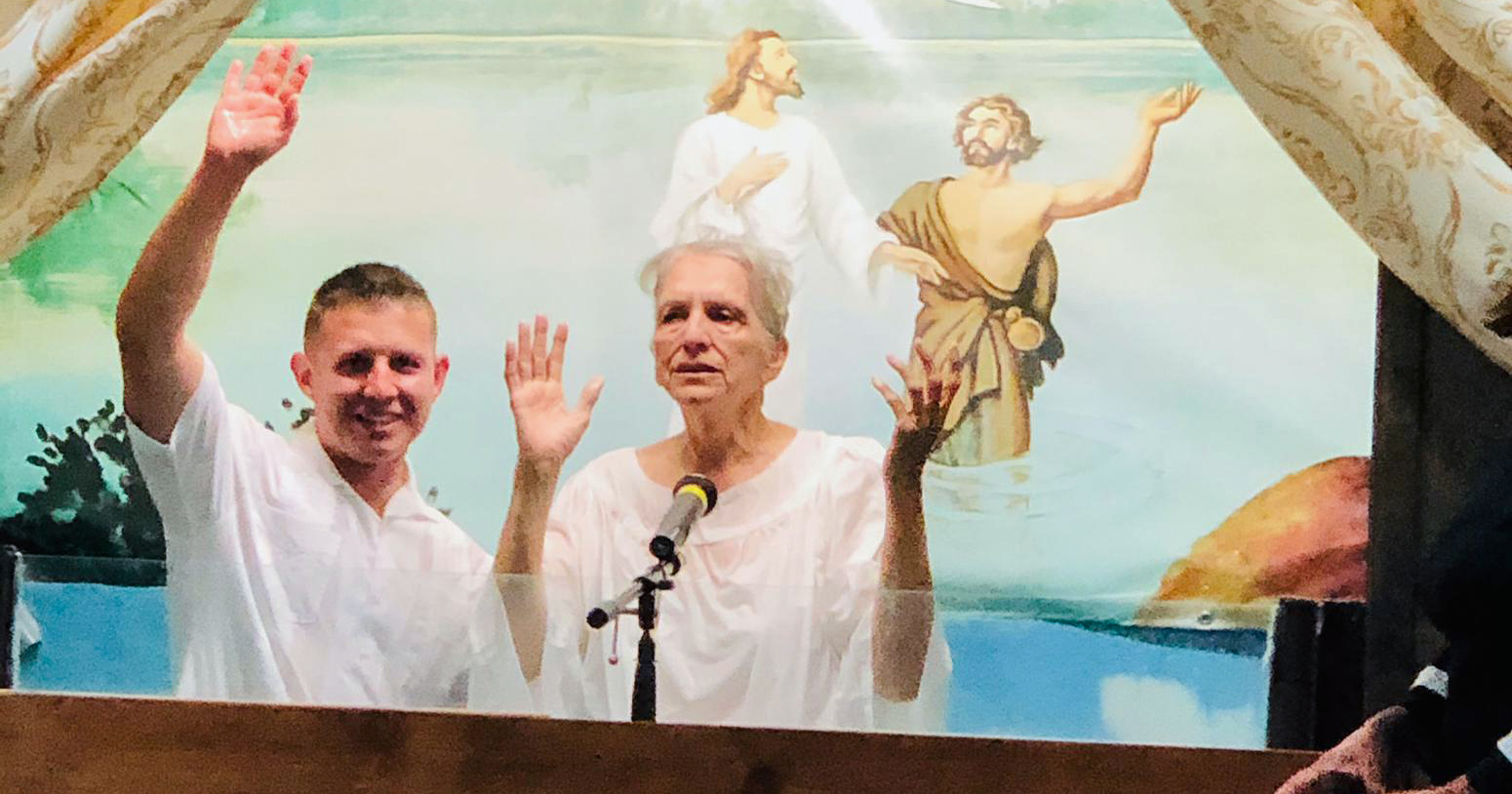 HOBBS, N.M. – Josefina Bonilla Holguin was a committed Christian. She sang in her church’s choir, wrote hymns and gave classes at her local church.

“I had a love for God and a desire to serve Him since early in my life,” Holguin says. Despite her zeal for God, Josefina’s life has not been easy. For most of it, Josefina has been plagued with illness and struggles. In 2007, she had a stroke which left her unable to walk and talk. In 2015, Josefina fell down some stairs and broke her teeth and ribs. Earlier this year, she was involved in an accident in which a piece of asbestos ceiling fell on her head. These are just some of her challenges; nevertheless, her strong faith in God led her to attend a small group with members from the Hobbs Spanish Seventh-day Adventist Church. The group was hosted by Maricela Aranda and Gilberto Santarosa, who led the members each week as they prayed and studied together. Josefina very much appreciated the blessing of participating in the group.

“Josefina was very eager to study the Bible,” said Santarosa. “One of the things that surprised me was that she already had a lot of Biblical knowledge, so it didn’t take long for her to decide to accept what she was learning and be baptized.”

To the members’ dismay, Josefina was hospitalized two days before her planned baptism. However, that did not deter her, and she made every effort to get better so she could be released in time for her baptism. Praise God, on Aug. 1, Josefina made it to the baptismal waters. Her friends from the group and the entire Hobbs Spanish church congregation rejoiced at seeing Josefina take the most important step of her life. With newfound strength, Josefina shared her testimony, expressed her gratitude to the members and worshiped God through her favorite hymn, which she sang with all her heart.

Today, Josefina continues to fellowship with her church family and is enjoying good health. Most importantly, her heart is joyful and she has begun to compose poems again for the Lord. We look forward to her reciting her poetry as she shares the gifts the Lord has bestowed upon her.