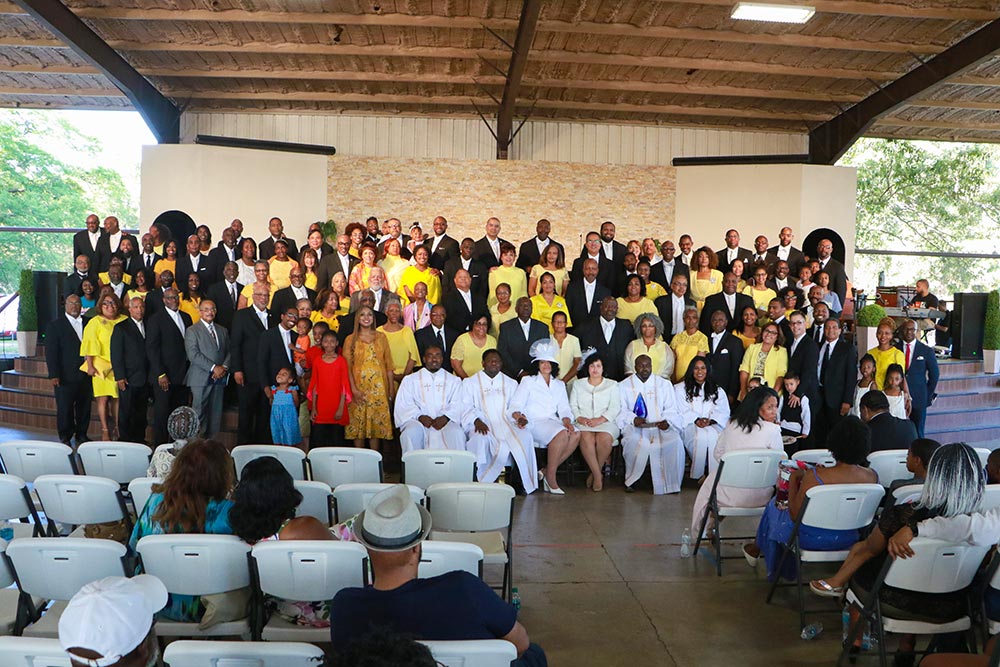 ATHENS, TEX. – History was made on Sabbath, June 15, 2019, at the Southwest Region Conference camp meeting held at Lone Star Camp in Athens, Tex. During the evening ordination service, Michelle Mota, associate pastor of the Fondren Seventh-day Adventist Church in Houston, Tex., was commissioned as the first female pastor in the 73-year history of the Conference.

Prior to her assignment at Fondren, Mota successfully pastored the New Life and Real Truth Seventh-day Adventist churches in Houston, Tex. and the Smyrna Spanish Company in Navasota, Tex.

Three other accomplished pastors were also ordained to the gospel ministry at that service: Etser Edouard from the El Paso and Las Cruces district; Joseph Footman from the Baton Rouge Faith and Lafayette district; and Laurent Grosvenor from the Austin district.

Carlos Craig, Texas Conference president, delivered a powerful message to the interns and Elton DeMoraes, Southwestern Union vice president, prayed an inspiring prayer of consecration. Southwest Region Conference President Calvin Watkins and Executive Secretary Stephen Brooks then presented the pastors with a charge, certificates, credentials and gifts accordingly. All conference ministers and their families posed for a photograph (below) at the conclusion of the service to mark this sacred and historic occasion.