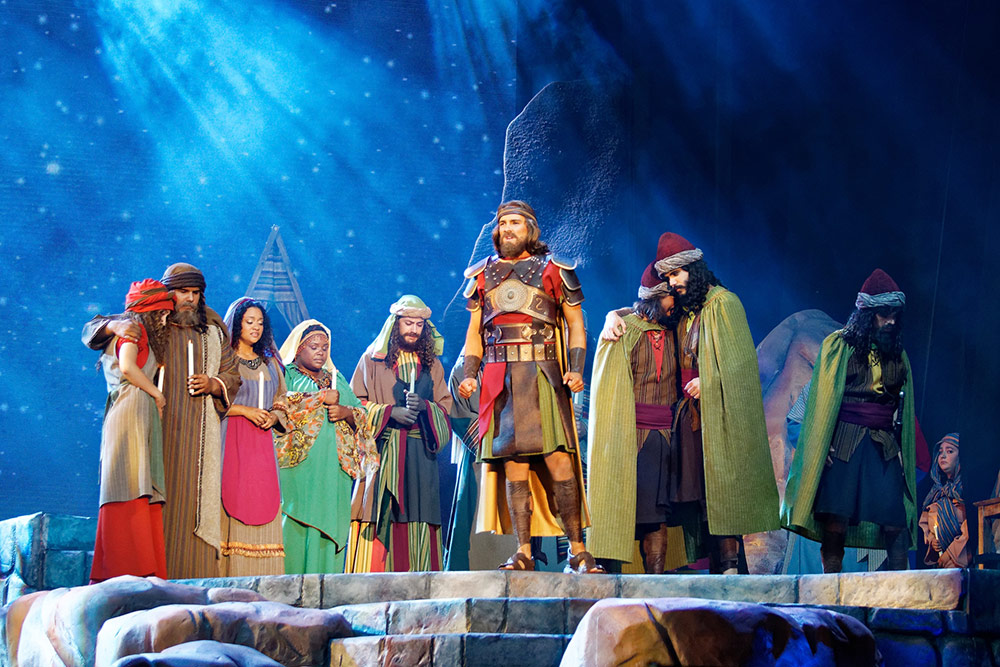 OSHKOSH, WIS. – More than 6,200 Pathfinders and staff from the Southwestern Union territory traveled to the Experimental Aircraft Association’s AirVenture Campgrounds in Oshkosh to participate in the Eighth International Pathfinder Camporee that was held Aug. 12-17. According to Camporee officials, more than 55,000 Pathfinders and staff from around the world attended the quinquennial event, with more than 1,300 deciding to be baptized, 100 of them from the Southwestern Union.

The Camporee’s theme of “Chosen” centered on the story of David and Goliath, and challenged the Pathfinders to consider what God has in store for each of their lives.

“The International Camporee is a fun event for our young people. They connect and build friendships with people from other countries, other cultures. They learn new skills and honors and are challenged physically. They also see that they are part of a much larger movement committed to Christ, a movement that spans the globe,” said Helvis Moody, Southwestern Union youth and young adult ministries director.

Pathfinder clubs from Arkansas, Louisiana, Oklahoma, Texas and New Mexico set up camp in the Southwestern Union’s designated area and spent time visiting the different conferences and unions to see the various props and decorations at each club’s entrance.

The Southwestern Union hosted 294 Pathfinders from South Korea and 21 from Kenya. Apple Park, Oklahoma Conference executive secretary, said the Pathfinders enjoyed learning about each other’s cultures, but also enjoying the commonalities found in being Pathfinders and Adventists.

According to Daniel Ortega, youth and young adult director for the Oklahoma Conference, the highlight of each day—and what he still hears his Pathfinders talking about—was the spiritual theme and dramatic presentations of David and Goliath. Ortega says that in addition to the fun and fellowship enjoyed by the Pathfinders, the performances made a powerful impact that will last a lifetime.