The Journey from Angry Student to Redeemed and Blessed Teacher 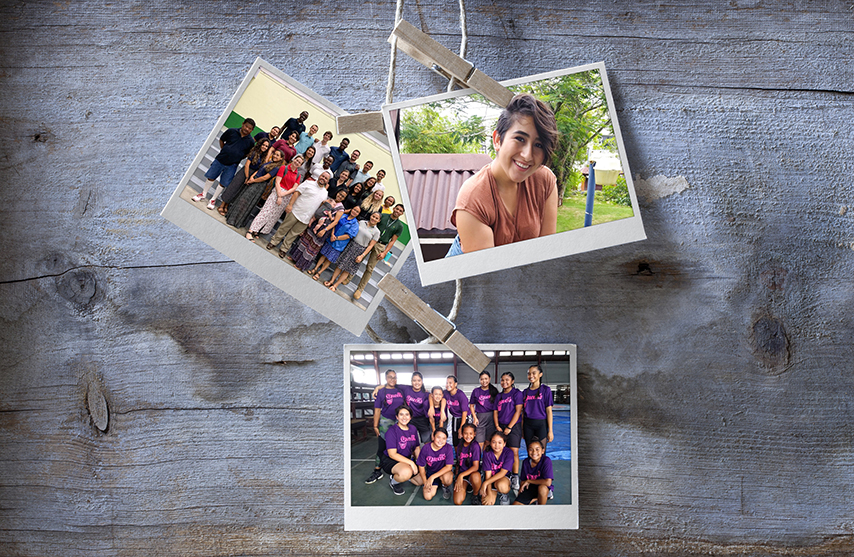 I did not grow up in a spiritual environment. As a kid, my family didn’t attend church very often, only during Easter and Christmas. When I was about eleven years old, one of our family members passed away and suddenly our whole world stopped. Our circumstances changed drastically and we were left heartbroken, rethinking our lives and purpose.

I was very confused and angry as I didn’t yet understand the purpose of death, and in my grief, I put a lot of blame on God. During the next couple years while I was in middle school, there were many times I would just scream at God, angry at Him for everything bad that happened. I didn’t want anything to do with Him.

We eventually turned to my Seventh-day Adventist aunt and uncle for help. They suggested that we start attending the Adventist schools near our house in Rio Rancho, New Mexico. My younger siblings transferred to Sandia View Christian School, then my older sister into the high school. I was the last to switch over. The last thing I wanted to do was leave my friends behind for some random small school, but I didn’t exactly have much say in the matter, so I began my freshman year at Sandia View Academy (SVA).

My first year was tough. I felt that everyone always talked about this God who was loving and almighty, and they would sing songs I had never heard before about how much God loves us and how He died for us. I couldn’t understand it. I couldn’t fathom the thought of Him even possibly being by my side after feeling like He had already abandoned me. For years I was angry that one of the people that mattered most to me was taken away, and all these people were saying that God was supposed to matter most. They told me that if God was all I had, then I would have all that I needed.

In time, God used the people around me to soften my heart. In the beginning, I felt like I didn’t belong at SVA because I didn’t know God. But my classmates and teachers accepted me anyway. The Lord surrounded me with positive spiritual influences that I’m still grateful for to this day. I got to learn about His character during our Bible classes and was pushed to grow into a deeper relationship with Him. Although it was tough, my freshman year was also a particularly big year in my spiritual development. One major contributor was weekly chapels, where most days I was so moved by the message I would leave in tears. Together, these things slowly helped guide me and helped form the strong foundation on which my faith and love for God began.

In Genesis 32:22-29, the Bible talks about how Jacob wrestled with God. Looking back, I recognize that I spent a lot of time the same way Jacob did. I wrestled and wrestled and then wrestled some more until God finally blessed me. My life has completely changed.

After that first year at SVA, I participated in literature evangelism through the Texico Conference Youth Rush program. The next summer, I worked at Camp Yorktown Bay, an Adventist camp in Arkansas. This year, I completed eight months as a student missionary teaching P.E. for Palau Seventh-day Adventist School in Palau, Micronesia. I had the joy of teaching over 220 amazing students, and that experience has led me to change my major to Primary Education at Southwestern Adventist University.

I know now that Adventist education, along with all the people whom I’ve met through it, have impacted my life in a way that I don’t think anyone could have imagined. God saved me through them and through the Adventist schools that I hold near and dear to my heart. One day, I hope I can do the same for my students as was done for me.