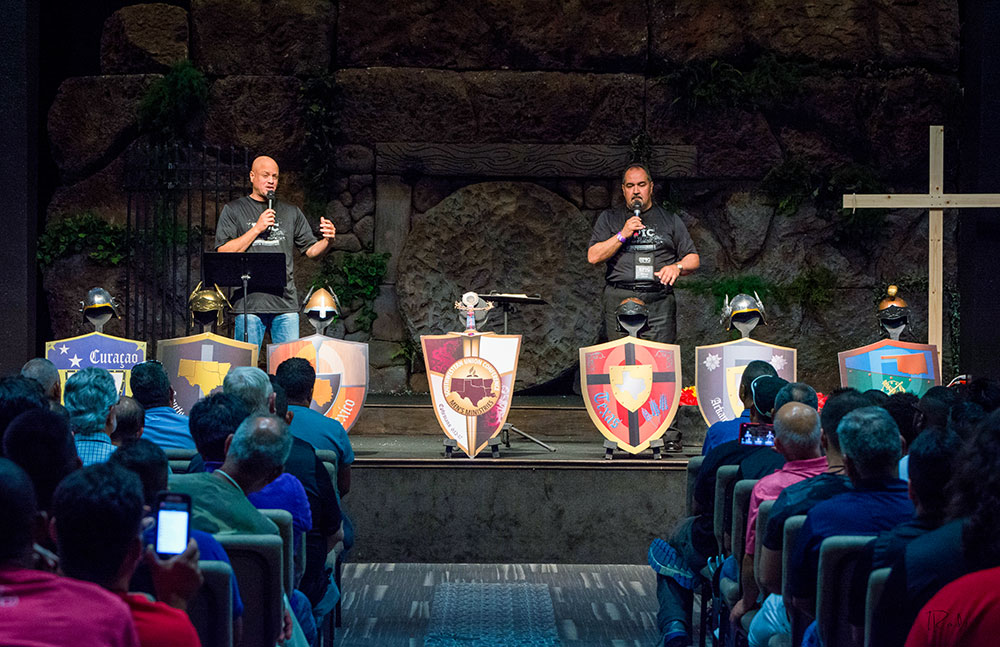 Claudio Consuegra, NAD family ministries and men's ministries director, was a guest speaker at the event and was overjoyed at the responses of the men attending, saying “EPIC was absolutely awesome! The response was obvious in the high number of attendees and the joy which was visible on their faces.”

The weekend began with a powerful description of what the weekend was all about: the ultimate triumph of good over evil, of God demonstrating His victory over death. His victory changes the way we live our lives today; it transforms the darkest of situations and gives hope for even the most broken of people. It’s the ultimate story of love and forgiveness. This message was repeated and reinforced through media presentations, through a powerful message by Minner Labrador, and through a dramatic presentation titled “Martyrs” that showed that no matter the situation, Christ is with us.

In addition to the weekend programs, men were able to take advantage of the Sanctuary Experience and visit the prayer tent that was open Friday evening and during the day on Sabbath.

Sabbath began with programs in English and Spanish, giving the men the opportunity to engage in their own language throughout the day. The English sessions were presented by Claudio Consuegra, William Joseph Jr. and Bill Kilgore. The Spanish session speakers were Claudio Consuegra, Javier Donate and Samuel Peguero.

Ken Bevel, former U.S. Marine Corps officer and actor from the films Courageous and Fireproof, was the Sabbath evening keynote speaker. His message was timely and the men quickly connected with him. He made an altar call and several men came forward to rededicate their lives to Christ. Eight men made a decision to be baptized that very night.

Elton DeMoraes, vice president for ministries and men's ministries director for the Southwestern Union, was thrilled by the enormous blessing the event became for so many men.

"It is my prayer that these men were not only blessed here at these meetings, but that they can also return to their homes and be epic blessings in their churches, communities and families.”

For those unable to attend the meetings, they were streamed live on Facebook. These sessions can be viewed by visiting: SouthwesternAdventist.org/Men.