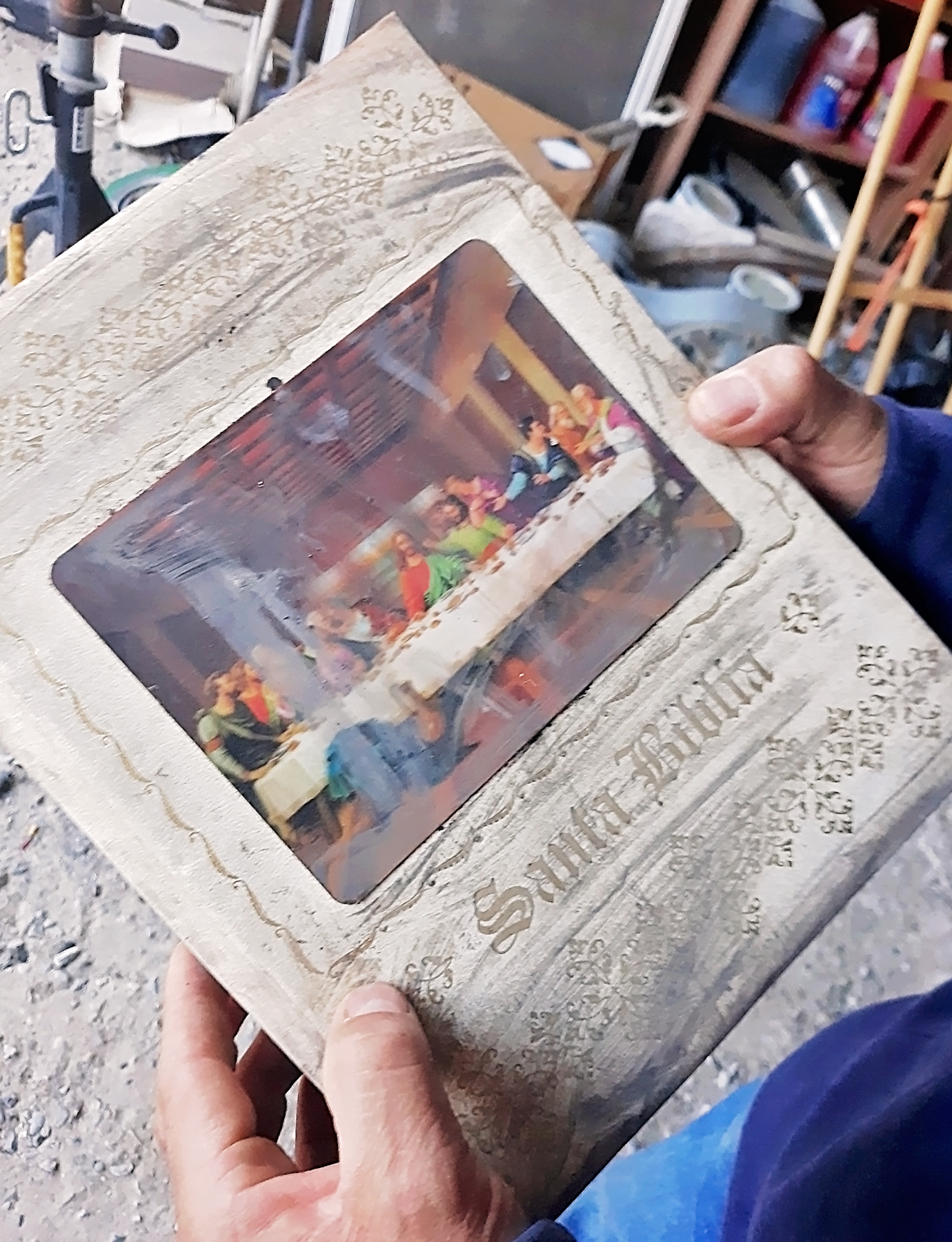 CARLSBAD, N.M. – One evening in March 2020, Marisol Delgado was awakened by a knock on her door. It was her sister, Claudia, who had just received news that Marisol’s house in Farmington, N.M., was on fire. Marisol and Claudia were currently in Carlsbad with their families during a temporary work engagement for their husbands. Marisol and her husband, Adrian, departed to Farmington as soon as they could, and they asked the Carlsbad Seventh-day Adventist Church members to pray for them. The eight-hour trip felt like an eternity and their only hope was that the fire had not been severe.

“While we were on the road, we thanked God that there was no one in the house,” said Marisol. “My daughter often stayed there while we were away.”

Marisol and Adrian were not prepared for what they saw when they arrived at their house. As they stood there in shock, a firefighter handed them something.

“He told me that this was one of the few things that had survived the fire,” said Marisol. “It was the Bible that my husband had received on the day of his baptism. At that moment I felt God was reassuring me, it seemed that He was telling me that He was there with us and that everything was going to be OK,” said Marisol.

During the months after the fire, Marisol and her family learned that someone had set the fire intentionally. They also found out that their home insurance plan did not cover personal property damage.

“It is hard to lose everything and have to start from scratch,” said Marisol. “But there was no doubt in our minds that God was with us and that things work for good for those who love Him.”

The Delgados and the Carlsbad church family continued to pray for the situation and were thrilled to learn in August that the insurance company had reviewed their case and had decided to pay them for their total loss.

“Words cannot express my gratitude,” said Marisol. “We have experienced a difficult year, but God remains in control. He loves us beyond measure. I do not know what problem you may be facing but believe me when I say that God is good. He will never leave you, all you have to do is claim His promises.”