A Tale of a Modern-day Joseph 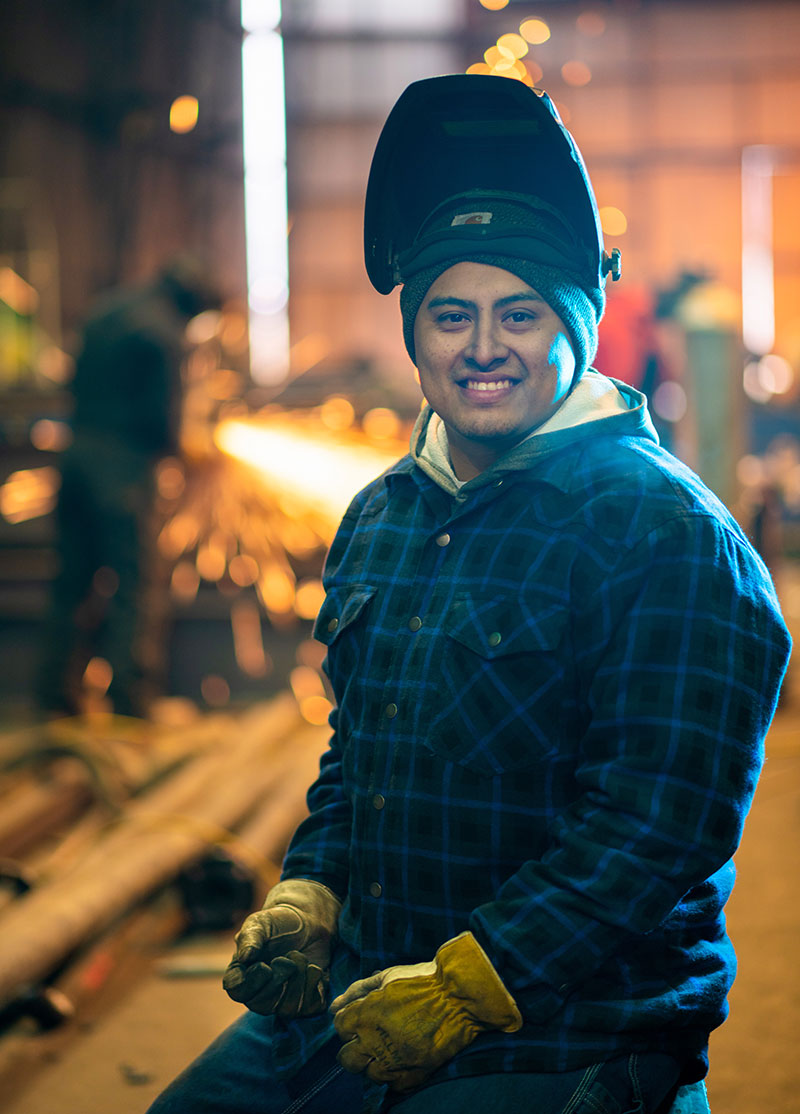 “I am God to you, because it is my signature on your check, not His.” Juan Carlos Perez could not get the words his boss had said out of his head. A young welder in Tulsa, Oklahoma, Perez had started at the company as one of only three employees. They had now grown to five times that amount, but the owner did not recognize that the growth was not a result of savvy business or diligent work. It was a blessing from the Lord, through a faithful and dedicated employee. From the very first day, Perez had only one condition for employment: he would never work on the Sabbath.

One Friday, Perez’ boss asked him to come in to work the following day in order to finish an urgent delivery. Perez reminded him of the condition of his employment and did not show up to work on Saturday. When he returned to work on Monday morning, Perez was received with those cutting words: “I am God to you, because it is my signature on your check, not His.”

“I could not respond to him,” Perez shares. “It was not me that he had offended; he had blasphemed against God.”

Perez cried that day while he worked. He simply could not stand the idea that a man could try to reduce the magnificence of God to a paltry sum of money. He left work that afternoon promising himself that he would never return to that place. His coworkers called and begged him to come back. They urged him not to be a “Sabbath fanatic.” Surely he could make an occasional exception by working a Saturday or two. Yet, Perez stood firm. He was sure that if he committed to his principles, God would not abandon him.

His former boss, in turn, spoke poorly of him to industry leaders and essentially blacklisted him. Perez spent eight months unable to obtain new employment. When he finally got a new job, it was cleaning company bathrooms. “There, God taught me humility, since I was always so sure that I was better at welding than my peers. But now I understood that wisdom and my skills all came from God.”

He finally obtained work as welder at another small company with four employees. Again, Perez’ presence was a blessing to this fledgling company and in only 10 months they grew to 15 employees. Soon he was approached by the owner of a different company who surprised him with his candidness. “I know what happened to your old boss,” the gentleman said. “His company went bankrupt. I heard you left him because he blasphemed the name of God. When you left, the company took a turn for the worse. I know that everything you touch you turn into a success; wherever you go, the blessing of God goes with you. Do you know the story of Joseph?”

“Of course I do!” Perez responded. The owner continued, “It is my favorite story. I want you to work at my company. You will be my Joseph and the company will be your Egypt. We make $60,000 a month, but I want you to use your experience and knowledge to make the company grow.”

Perez accepted the offer and in one year the company grew to 150 employees, making $4 million a month. Unfortunately, over time new “pharaohs” arrived at the company who did not recognize Perez’ value. He was dismissed and Perez felt abandoned and alone.

A Christian coworker friend gave him words of encouragement. “You should just start your own company.” The idea was enticing, but Perez had neither the resources nor the infrastructure to start a company from the ground up. So he brought his request to God. His fellow church members joined him in praying and the Lord began to open doors. He rented an old abandoned workshop and on July 4, 2018, the dirty, muddy, weed-filled workshop opened for business.

Perez enlisted the help of his brother, Julio Perez Diaz, and his friend, Kyle Johnson (pictured below). Together, they cleaned and restored the space and then began testing with two small sets of welding equipment. Johnson understood Perez’ position on Sabbath and agreed from day one that their workshop would never open on Saturday. God would be their primary partner and His word would be their guide in this new endeavor.

The next step for the company would be obtaining state licensure which would allow them to offer their services publicly. Two months later, they passed the inspection and received their licenses. Weldpro Manufacturing, LLC opened for business and made $2,000 in its first month of operations. God opened doors with providers who allowed Weldpro to purchase materials on credit. He also provided them with high-end clients, which included petroleum and airline companies who had recognized the excellent quality of their work. Six months later, the company makes $170,000 a month with 13 employees and continues to grow.

Perez’ faithfulness and stewardship extends to his service as a valued teacher, church secretary, and youth leader at the Independence Spanish Seventh-day Adventist Church in Tulsa. “Like Joseph,” Perez tells us, “God has pulled me out of the pit and allows me to say that being faithful to Him is worth it. He never fails us, and always fulfills His promises to us.”

By Luis Prieto. Prieto is the pastor of the Central Tulsa Spanish and the Independence Spanish Seventh-day Adventist Churches. He lives in Tulsa with his wife, Dalmaris, and their daughter, Sandra.