Family Comes in All Shapes and Sizes 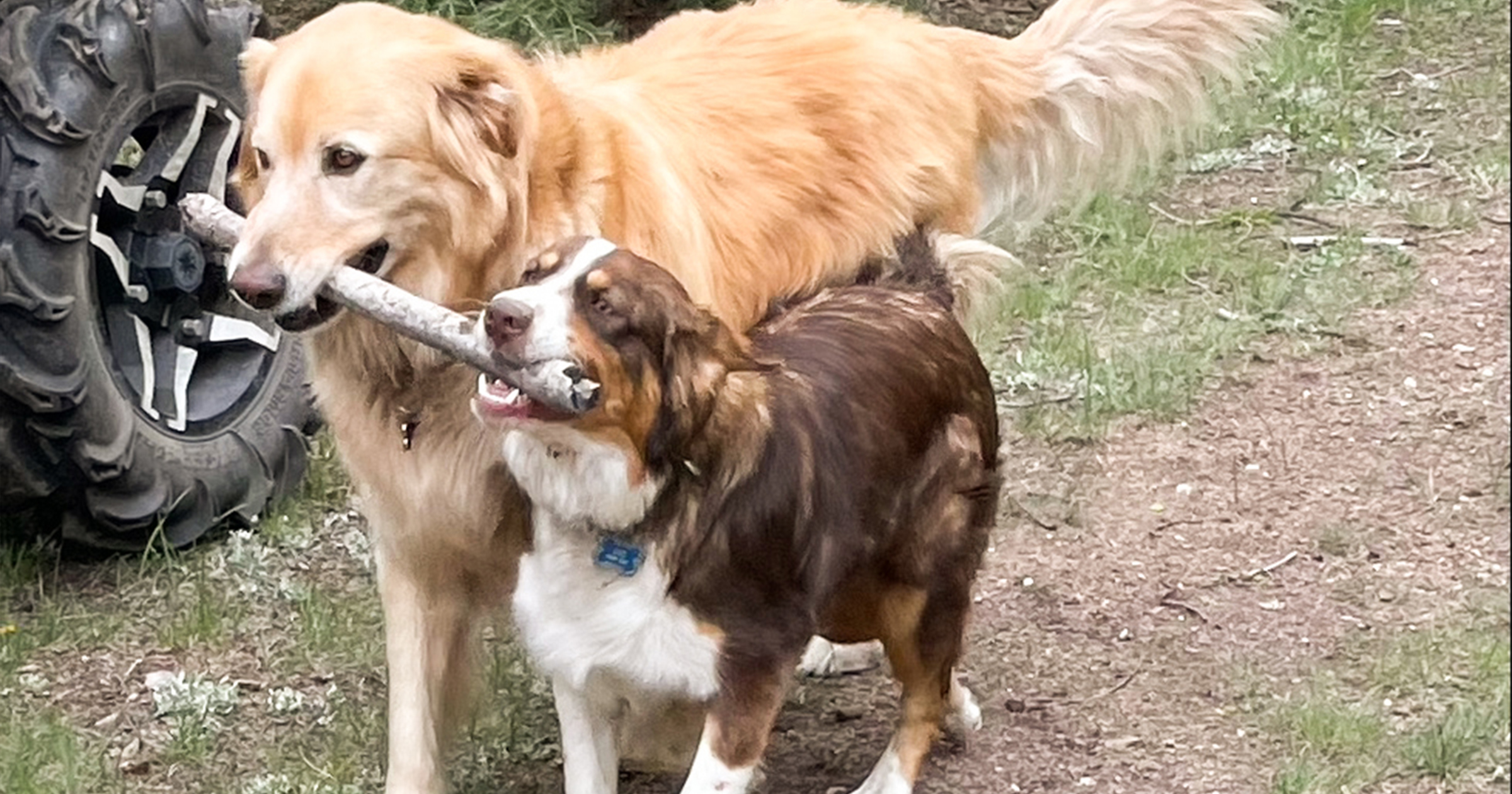 AMARILLO, TEX. – In 2012, my neurologist suggested that I get a service dog to help with certain impairments due to having Parkinson’s disease.

Several months later, I found a funny little Golden Retriever and Great Pyrenees mix that I named Corbu. After four months of service dog training, my 10-pound puppy turned into a 125-pound dog that worked hard to get to know me. In the following years, Corbu and I were inseparable, and he was instrumental in allowing me to continue my pastoral ministry. He was a sweet family dog who loved people, and we quickly became best friends.

As time passed, Corbu’s age no longer allowed him to travel as much, so I began to consider his retirement as a service dog. Although it was hard, God led me to find “JD,” short for “Just Dog.” JD was a great dog, he even resembled me!

After a year of training and preparing to take over for Corbu, JD unexpectedly passed away a day short of his first birthday. I took his death very hard; even worse was that Corbu’s health was declining.

A week after JD’s death, I was told about a 10-month-old German Shepherd that needed a home. I was not emotionally ready to replace JD, and from the standpoint of replacing a service dog, it is not easy. Most dogs are not suited to be service dogs, and the training process is long. Nevertheless, I agreed to meet Bailey, and we clicked immediately. She was sweet and calm. With the help of “Hope Lives Here,” a group who helps pair military veterans with dogs and assists in the training process, I soon brought Bailey home, and we began to train. God’s hand was truly at work because I had never witnessed a dog take to the service work so well and so quickly. After two short weeks of training, Bailey joined me on the platform during a Sabbath service, and she did exactly what she was supposed to do. It has been several months since then, and we are continuing to build a bond of trust.

Many people say that dogs are just ordinary animals, but I have spent a lot of time with my service dogs, and each of them has brought something special into my life. They provide companionship and a friendship like no other. I have discovered that family can come in all different shapes and sizes. We should appreciate every moment we have with them because we never know how much time we have on this earth.

More importantly, I have come to understand that, in His love for me, God brought Corbu, JD and Bailey into my life when I needed them most. God cares about the most minimal details in our lives because He loves us and wants to reassure us that we are not alone—especially in our darkest moments. He can also use the most “ordinary” things to accomplish His work.