On August 25, 2017, Hurricane Harvey, one of the most ferocious rainstorms to hit land in the continental United States in recorded history, dumped over 50 inches of rain upon Houston and the coastal region of Texas. 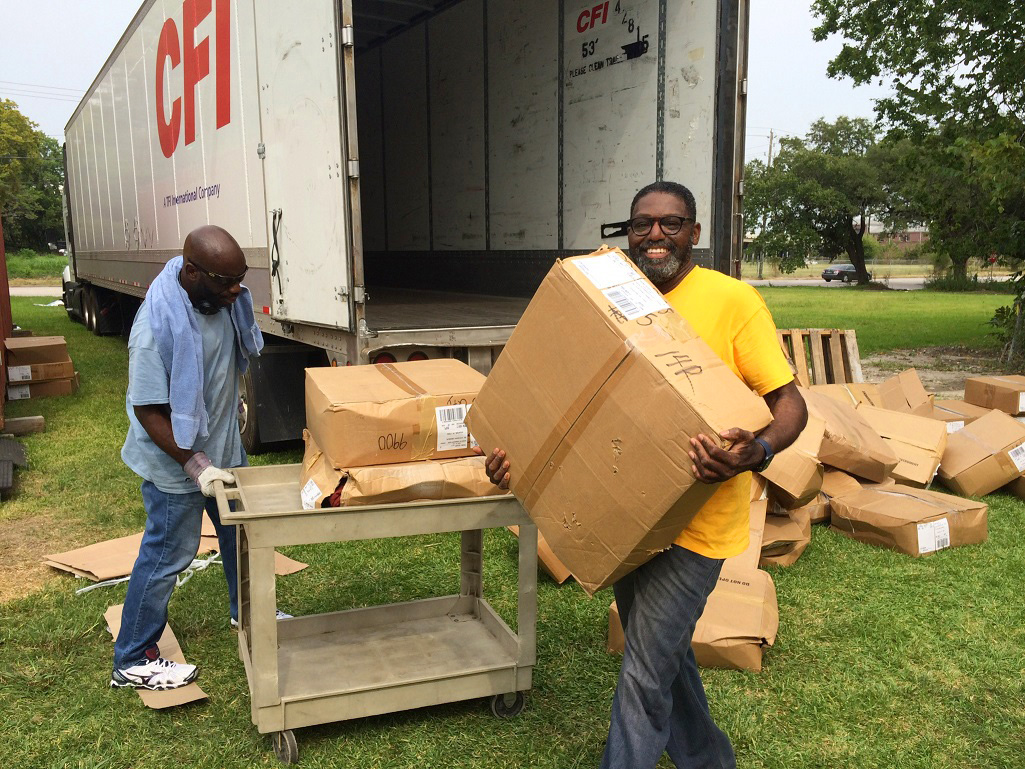 On August 25, 2017, Hurricane Harvey, one of the most ferocious rainstorms to hit land in the continental United States in recorded history, dumped over 50 inches of rain upon Houston and the coastal region of Texas. It was reported that an estimated 450,000 persons and more than 183,000 homes were affected by the storm.

Steps were taken to convert WHO into a community service center and local distribution center providing emergency supplies to other churches, mosques, and various community organizations.

Houston’s Berean Seventh-day Adventist Church became the housing and feeding site for volunteers who poured into the area to assist, while Fondren Adventist Church acted as a distribution center in yet a different area of Houston.

The holistic nature of this loss has required a holistic approach to the recovery efforts including assistance with housing, re-employment, relocation, medical assistance and other issues. Through collaborative partnerships, WHO is working to connect their clients to all the resources needed to address every situation.

Responding to a desperate need, the Berean Adventist Church was transformed into an all-purpose volunteer/distribution center, registering and assigning volunteers to their work stations, and providing water, meals, and lodging for those traveling from afar. On the distribution center side, the church provided clothing and other goods to non-profit agencies and shelters and served between 250-300 community clientele and others from the George R. Brown Convention Center with new clothes, food, water, toiletries and spiritual counseling.

God used the willing hearts of believers and nonbelievers, Republicans and Democrats, blacks and whites to travel from all over the country sacrificing time and resources to assist in the disaster. A recovery group from New Hampshire, traveling in a truck filled with donations, delivered a hand-signed banner of encouragement; Jack, “The Fishing Fool” and his dog Fubear from Chicago delivered a truck full of toys along with Jack’s coin savings of $160 in a Planter’s Peanuts can; a couple from Chicago drove a truck and a U-Haul both stuffed with pillows plus $600 in donations because they couldn’t fit in any more pillows.

The multitude of volunteers, along with groups from schools, churches of various denominations, mosques, temples, colleges and universities, as well as businesses like the local Kroger that donated shopping carts and shopping bags to assist those picking up the donated goods, have provided an endless wave of support in testimony to the reality that our humanity which unites us is far greater than any differences that may separate us.

As we continue to pray for those affected by the storm let us be vigilant in praying for hearts and minds to be open and receptive to the love of God; that as they see the sacrifices made by the hundreds of volunteers that have come to their aid, they will recognize through them the greatest sacrifice ever made—that of our Lord and Savior Jesus Christ who died on the cross so we might all be saved.

Previous page, top left: Keith Goodman, pastor of the World Harvest Outreach (WHO) Seventh-day Adventist Church, unloads donated items along with many volunteers. The WHO has served and continues to serve hundreds of people each day after Hurricane Harvey.