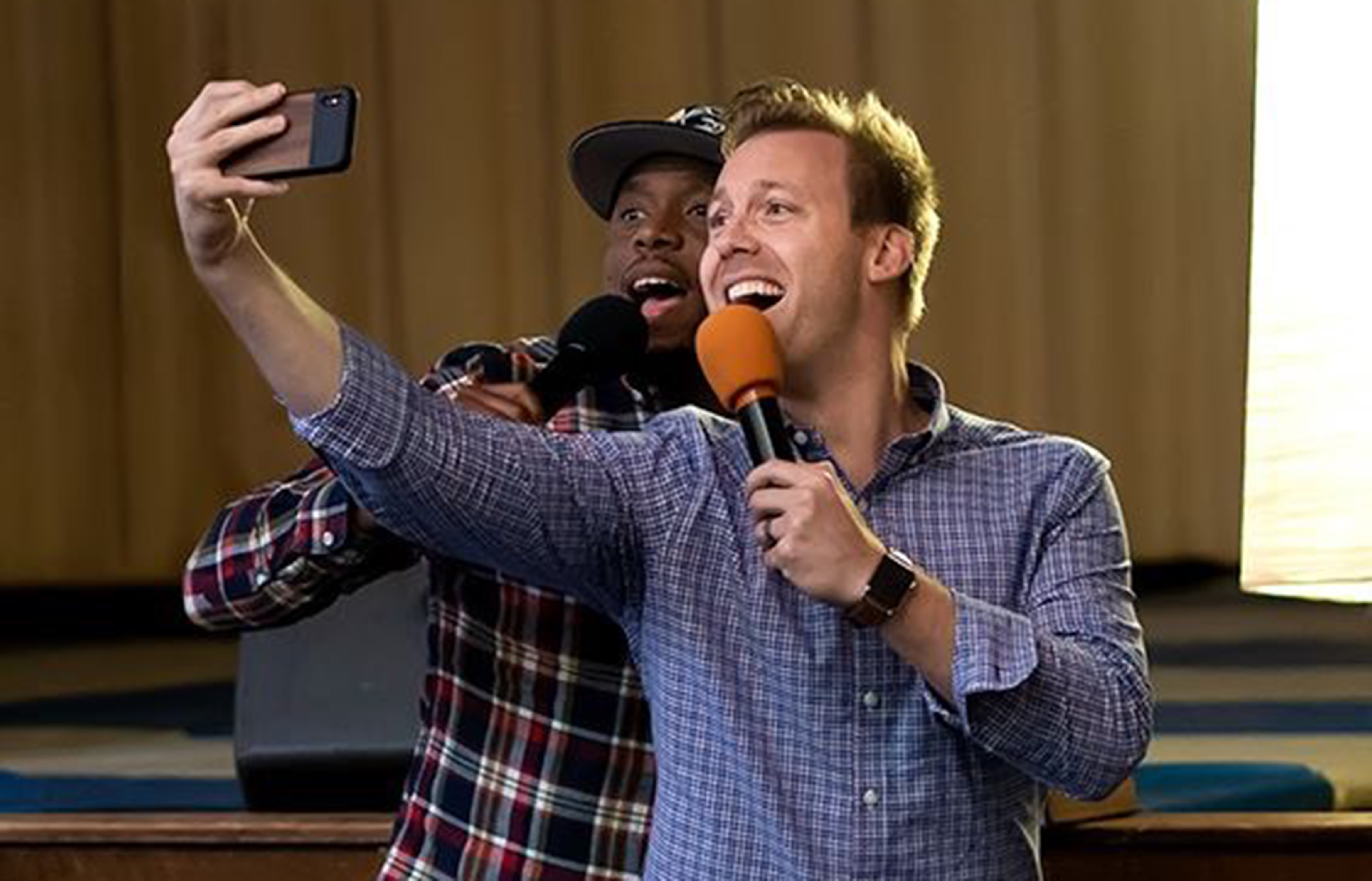 Kevin and Stephen are the best of friends, but we weren’t always best friends. We want to share with you a conversation that led us to become the friends we are today and some lessons we've learned along the way! In 2010, we were eating at our favorite Chinese restaurant in Tulsa, Oklahoma when Kevin said to Stephen, “I need to tell you something.” Stephen said, “Sure bro, what’s up?”

Kevin: Remember back in 2004 when we were at Pacific Union College and you were up for a vote to be the Spiritual Vice President of Adventist Intercollegiate Association?

Kevin: Remember there was a guy who basically talked everyone out of voting for you?

Stephen: Kevin is my best friend. We both pastored in the same city, less than five minutes from each other. We had two very different congregations. We come from two very different backgrounds. Kevin is very much an extrovert, and I am very much an introvert. Kevin is black, I am white. By most cultural expectations, Kevin and I really shouldn’t be friends, let alone best friends, yet here we are, closer than most brothers. But it didn’t just happen overnight.

Kevin: It definitely did NOT happen overnight. I remember thinking to myself in that restaurant, will this be the end of our friendship? Maybe things will just get awkward and we won’t hang out anymore. At the same time, I knew I had to be honest and own up to what I had done to Stephen at PUC. Back then, I didn’t know him. I simply judged him by his outward appearance and the fact he didn’t come to any of the meetings for Spiritual Vice Presidents.

Stephen: I did go to a meeting!

Stephen: We’ve been over this a hundred times. You guys were snobs.

Kevin: We were not snobs!

Kevin: Fine. Thanks for interrupting me... where was I?

Stephen: You were judging me from my outward appearance...

True friendship is being able to be honest, vulnerable and full of grace. This moment at the restaurant was the start of those things in our friendship. To be honest, Stephen didn’t remember all of the details of that meeting in 2004, but the fact that Kevin was willing to open up and reveal something he had done to him and apologize made him realize our friendship was worth more than anything else. Kevin was thankful that Stephen chose to forgive him, and Kevin knew at that point that this was a friendship that would last a lifetime.

Stephen and Kevin have a youth ministry called Two Guys and the Word, where we talk about real issues and see what the Bible has to say about it. Working together in this capacity has stretched our friendship, and we haven’t always seen things the same way, but it seems like our friendship continues to grow stronger even when we are challenged with differences. So we thought we would share a few things that have helped fortify our friendship.

As we mentioned earlier, we are very different from each other, but we choose to accept each other the way we are, no matter what. Although we think differently, look differently and act differently, we accept those differences. We listen to each other and try to understand where the other person is coming from. We are mindful of and empathetic towards one another. Acceptance is so important in a friendship.

We aren’t perfect. We are human. We make mistakes. When we share our hearts with one another, no matter what the issue has been, we extend grace and forgiveness to each other. In other words, we move forward. We don’t hold grudges, we don’t hold it over one another, we don’t keep score. We choose to forgive.

Of course this list is not exhaustive, but it’s a good place to start as stewards of a friendship. Maybe you have some friendships to improve, or even some friendships to make. It’s time to move beyond our differences, our pride, and our beliefs, to be a friend who God has called us to be.