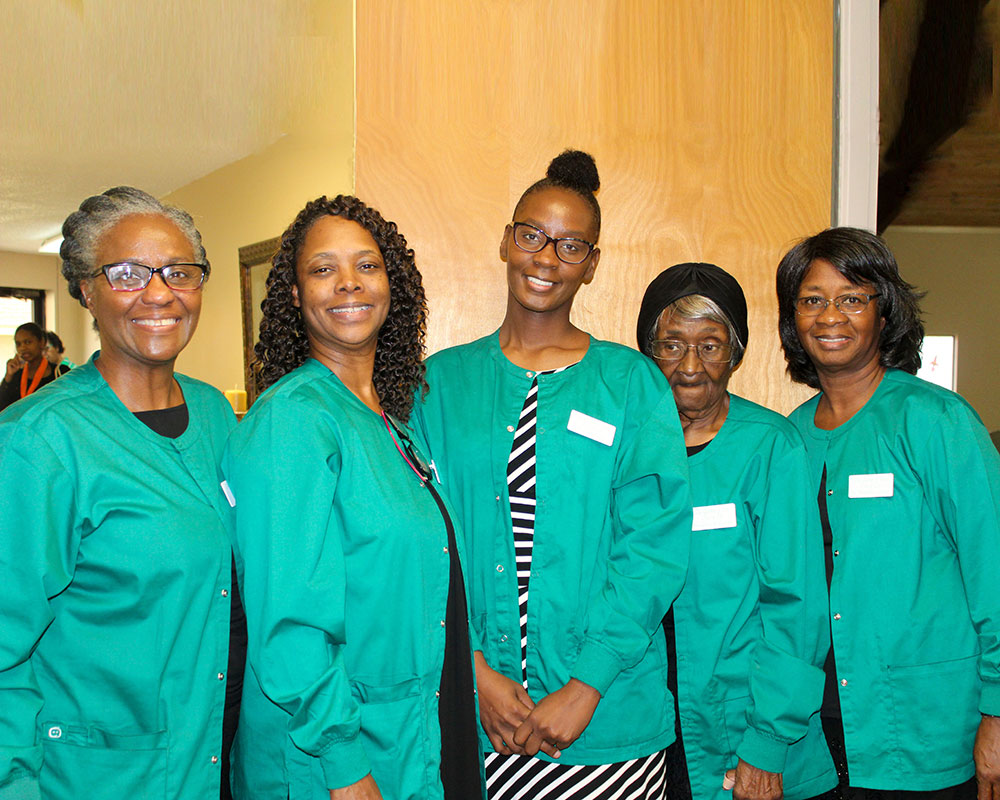 BATON ROUGE – Berean’s recent Friends and Family weekend took on a new twist with its guest presenters. According to their biographies, the Holy Spirit brought Carrie Cyprian, Stephanie Cyprian and Bobbie Hammond Jackson together. Even though residing in different cities and attending different churches, their desire “to teach, preach and heal” kept bringing them in close proximity of each other. They began with a health fair at a Hammond church’s tent meeting. Next was a community back-to-school event where the trio set up a Garden of Eden scene resulting in the name “The Garden of Eden, Tree of Life.” Pearlie Taylor joined after asking the team to organize an agape feast. Three years ago at their first One Day Restoration service, Tiffony Weathersby was so impressed by their meatless dishes that she joined. “We are available to conduct health seminars, health fairs and lectures, private consultations in home services, cooking classes and agape feasts—all designed to take our audience from the garden to the kitchen, in learning God’s healing methods,” reported Jackson.

The theme song taken from 3 John 2, “I wish above all things that thou… be in health.” made its debut during the Friday night seminar and formed the backdrop for the three Sabbath seminars beginning with Sabbath School. Its feature “The Body Can Heal Itself Under the Right Conditions” revealed how high blood pressure, diabetes, cancer and other health problems can be defeated through the diet that originated in the Garden of Eden. Carrie Cyprian and Jackson presented the Sabbath sermonettes “Does God Really Care What We Eat?” and “Gratitude and Service” respectively. Cyprian related a comparative study between the diets of rural Chinese residents and that of urban Chinese residents: “Coupled with exercise, the rural residents’ diet resulted in a prevention of many life-threatening diseases.” Jackson followed with a reminder of the NEWSTART™ program and the benefits of its simple remedies.The evening’s practical applications by all five included demonstrations of hydrotherapy treatments, natural remedies for headaches, sore throats, coughs and sore muscles; and even a lesson on using charcoal to purify water. Proverbs 17:22, “A cheerful heart is good medicine” brought the weekend to a fitting close – but not before we purchased many of the dried herbs and salves that the ministry brought with them. We praise God for this ministry of healing.