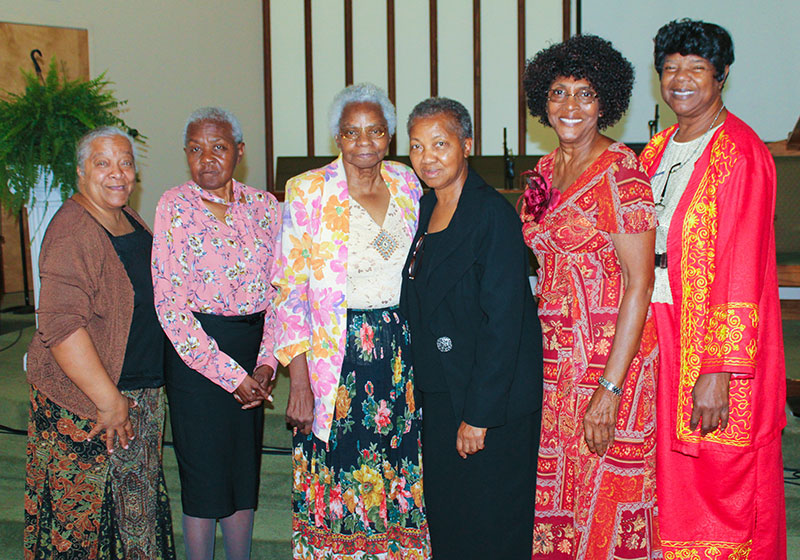 BATON ROUGE, LA. – With the lyrics to “Falling in Love with Jesus” permeating the air, our speaker began his message. It was God’s Eminent Missionaries for Service’s (GEMS) Senior Citizens’ Day at the Berean Seventh-day Adventist Church and Udall Myles had blessed us with his signature rendition of the song that also served as the theme. The speaker was Judge John Michael Guidry of Louisiana’s Court of Appeal, First Circuit, in Baton Rouge.

Guidry honored the seniors, especially 97-year-old member Eugenia Morgan, “who have labored in doctrine; seasoned seniors who still have their salt; still good for ministry; still edifying the body of Christ. Be thankful that God has kept them and keeps on keeping them.” He applauded the seniors’ ministry name choice. “Gems are cut stones waiting to be polished. God ‘cuts’ us to humble us so we can bear more fruit. He did not come to make us comfortable, but to make us conformable, even to His suffering.”

Guidry’s message presented a parallel between Caleb’s attitude toward God during and after his wilderness experience and that of seniors as they age. “Caleb rejoiced at how God had kept him during his 45 years in the wilderness. He came back with a good report; a positive attitude.” He continued, “It’s not always our aptitude, but our attitude which determines altitude. Others saw defeat, but Caleb saw victory; where some saw fear, he saw strength. He was still as physically strong at age 85 as the day Moses sent him to explore the land. Every now and then seniors should stand up and say ‘Behold the goodness of God.’ For 45 years Caleb had been waiting on God’s promise. Because he was still talking with God, he could ask for the mountain God had promised earlier. All you have to do is wait on Him. When standing on the promises of God, there is no good thing He’ll withhold from you.”

Guidry encouraged seniors to “Keep on working being soldiers in the army of our Lord. When weak, He will renew your strength.” GEMS is grateful for Judge Guidry, who not only has a knowledge of man’s civil law but demonstrated a knowledge of God’s moral and civil law as well.