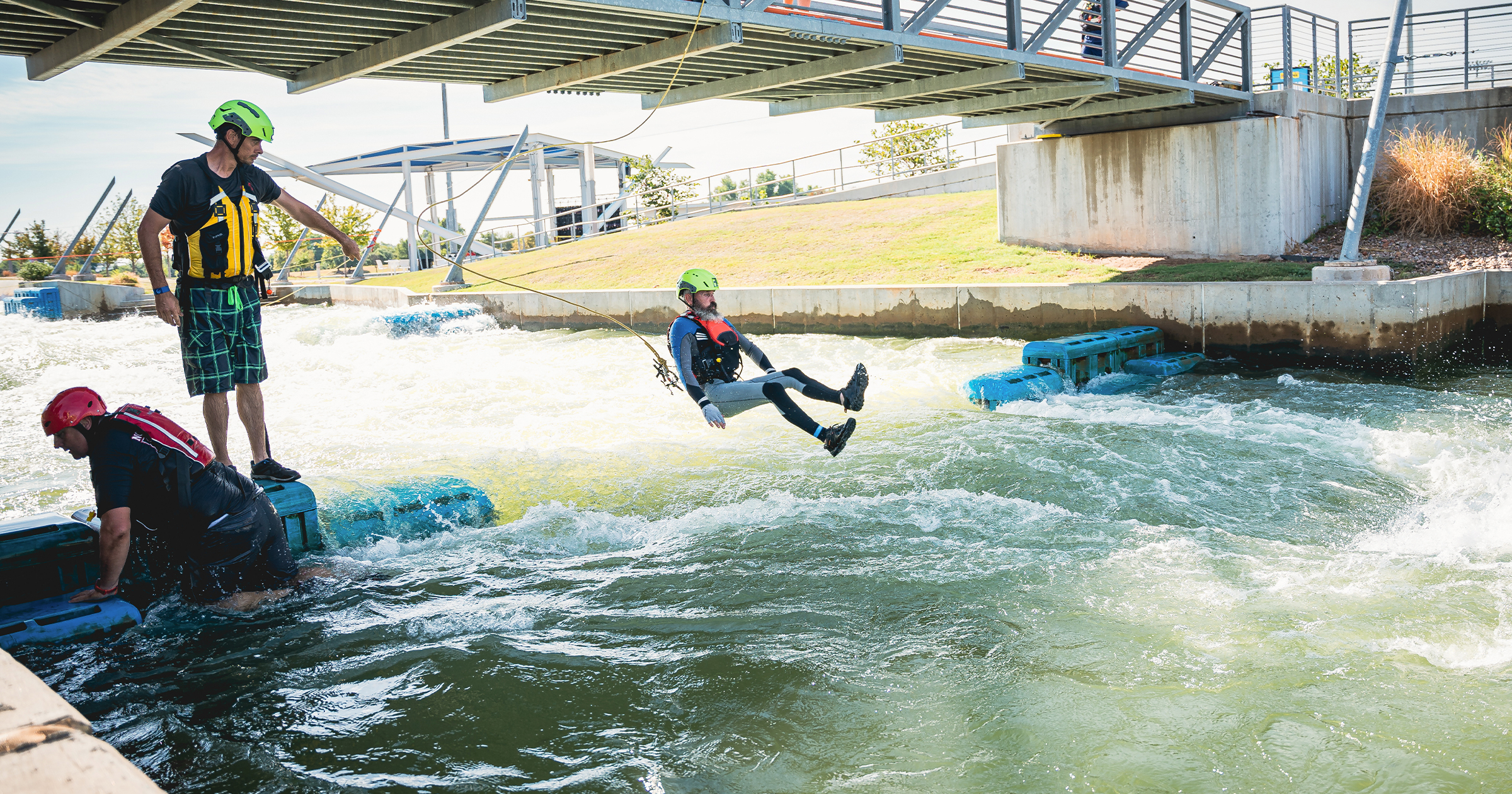 ARDMORE, OKLA. – On Aug.30, 2022, seven members of Gideon Rescue Company (GRC) made a commitment to attend and complete a training put on by Oklahoma State University at the Oklahoma City Riversports training facility. The training’s intended demographic was first responders involved in water rescue at a professional level, yet our Lord’s plan overrides the systems of man and God paved the way for this no-name team to participate at a discounted rate. We requested permission from the Oklahoma Conference to camp on the grounds in Oklahoma City to save drive time and fuel costs. The response was one of kindness, generosity and encouragement. We at GRC want to express our gratitude for the hotel rooms as a base of operation and billet, so thank you!

The currency that GRC operates in is souls, and during our stay at the hotel, a baptismal class was conducted on one of the evenings for a team member we affectionately referred to as our “Centurion.” Finances are supplied by the Lord either through the blessings of our professional lives or the generosity of persons or bodies of persons, such as the Oklahoma Conference, who responded to the promptings of the Holy Spirit. Colossians counsels us to never miss an opportunity to share the Gospel of Jesus Christ. Inevitably, relationships were opened up with a number of different fire departments nationally, as well as one team from Australia.

Between the instructors and the various teams, we were able to share our core values with them in conversation and conduct. Most conversations came about as a result of their curiosity about us, and seeds of truth were planted in many minds! The training itself was fantastic.

Many practical methods were taught, and the water time in legitimate white water (though a controlled environment) was invaluable.

As a team who has family in mind, we were able to glean some of the organizational methods employed in the hopes of doing some similar training for families, including the families of first responders themselves. The idea is to have it be spiritually themed for the sake of ministry and the Gospel of Jesus Christ. The Lord will make it happen if He wishes it to be. The long-term benefit is the team cohesion that results from training together. In the end, it is not GRC’s desire to win the admiration and recognition of men, nor is it our desire to be so self-reliant that we forget who God is. God has given us minds and physical capabilities to use. They are to be used for His glory!