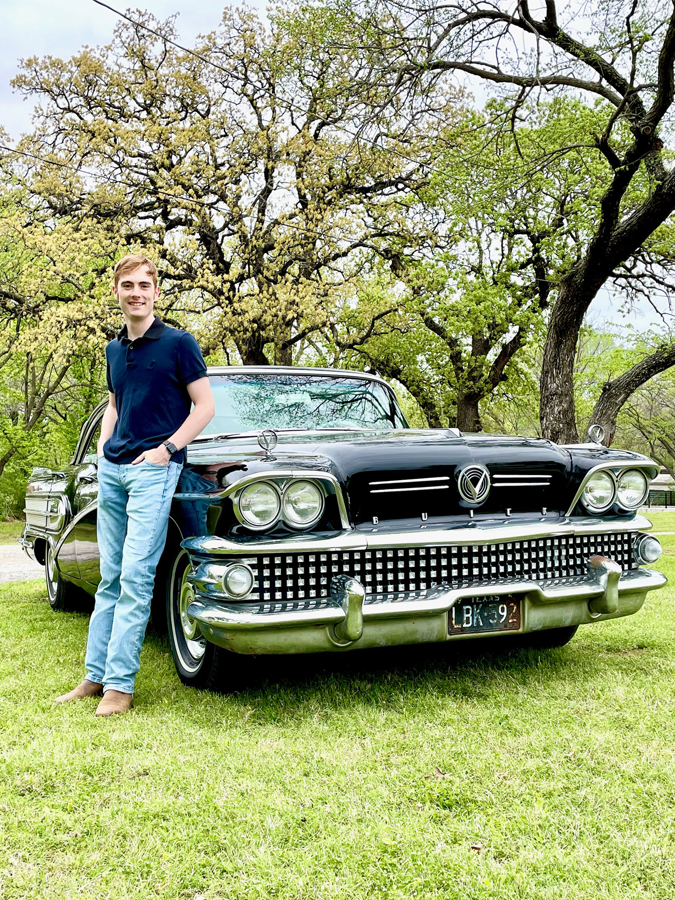 KEENE, TEX. – The average financial advisor is 56 years old. Tony Seery, Southwestern Adventist University (SWAU)  grad and a financial advisor with his own Edward Jones Investment office, is in his 20s. His experience at SWAU not only prepared him for success, but also solidified his faith in God. Now, Seery gives back to the university both financially and with his time as a member of the SWAU alumni board.

“I accepted the position because I want people my age to understand what SWAU is doing and why they should be involved,” Seery says. “I want to give back in any way I can because I love this school.”

As a third-generation SWAU alumnus, Seery graduated in 2015 with a Bachelor of Business Administration and a concentration in finance. Though he started his studies at community college and was offered a full ride at Texas Christian University, he chose to complete his degree at SWAU.

“I could have gotten an education elsewhere,” he admits, “but I don’t know if there’s any better place in the world I could have deepened my relationship with God.”

In addition to finding spiritual mentors, Seery says the variety of people who taught his classes really gave him a broad perspective for his future. It was his Profiles of Entrepreneurship course that was not only his favorite, but that also led Seery to his current job.

One of the presenters that year was an Edward Jones financial advisor who talked about a training program they offered for seniors in college. Though he was a junior, Seery stayed behind to talk to her about it. The following year, she referred him to the home office to become a financial advisor.

“To be successful in this line of work, you have to have resiliency, determination and good work ethic,” Seery says. “That, among other reasons, makes me so glad to have chosen SWAU for my education, because it was there that I learned and enhanced all of those things in myself…With the support of the people of SWAU, success is not only likely, but probable.”

This is why Seery gives to SWAU. Not only has he contributed to specific projects and to students who needed an extra boost in their finances to get them to graduation, but he has also given toward the general Southwestern Fund. In addition, Seery has recently started serving on the SWAU alumni board.

“When I think about what I’ve been given, it’s God who’s given me everything,” he says. “I hope to continue to give more throughout my life, because I want to have a positive impact wherever I can.”

Seery sees himself giving more not only financially, but also of his time. He hopes to eventually serve on the Board of Trustees and perhaps teach a finance class or two at some point.

“I just want to do more,” he says. “I want to ensure more people can continue to have the same experience at SWAU as I did. I love the teachers; I love the leadership and I want to see it be even better than when I was a student. That’s what giving to SWAU is to me–doing what I can to make a great thing even better.”