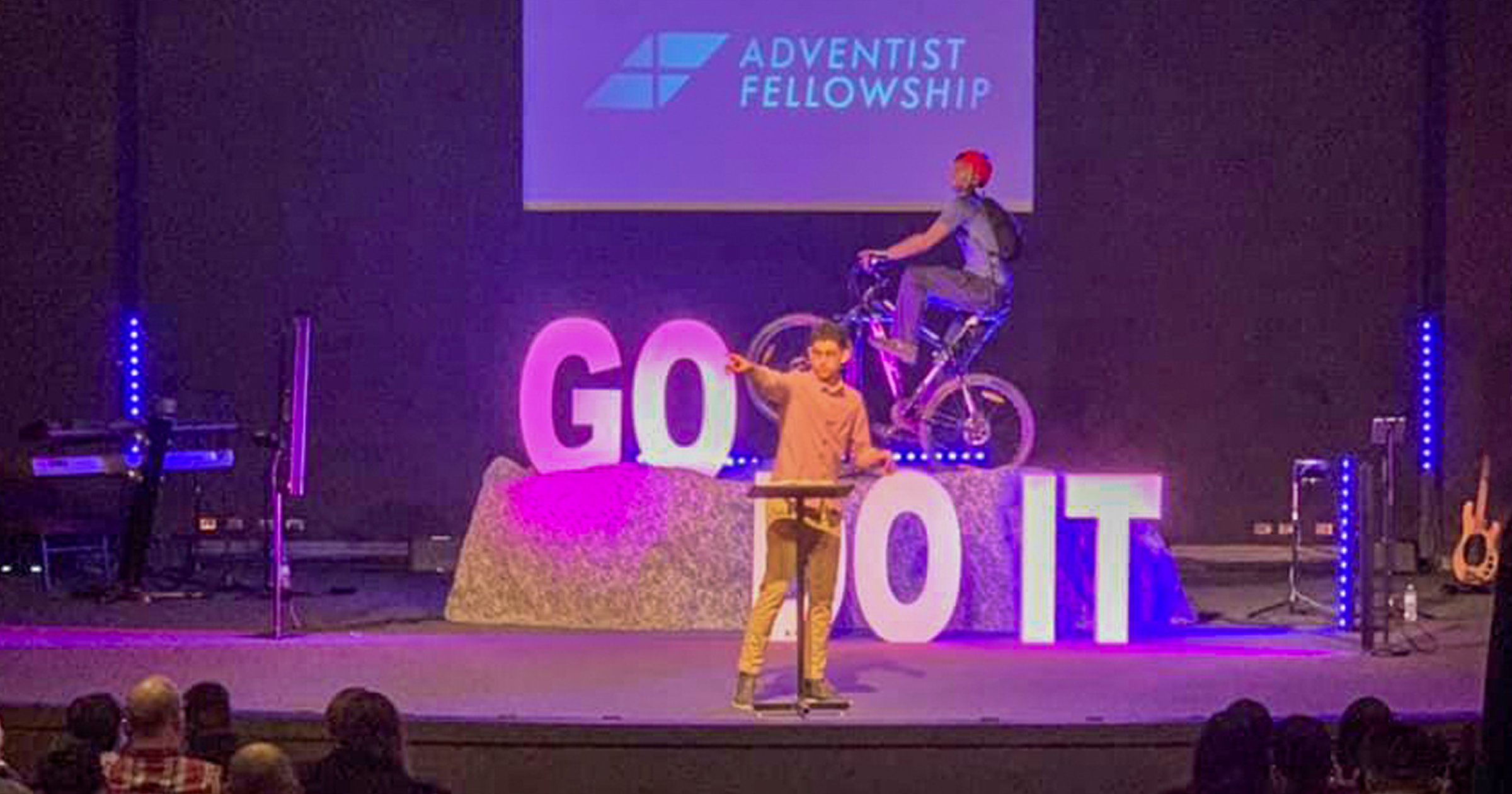 TULSA, OKLA. – Over 230 young people representing 18 different churches came together on the weekend of March 19-21 for the conference-sponsored youth rally titled “Go Do It,” which was held at Adventist Fellowship in Tulsa.

On Friday evening, the young people arrived to an outdoor program where they sat with friends on hay bales around a big bonfire. The program opened up with a few ice breakers and door prizes, then led into an inspiring song service by a group of young women.

Before the message began, the program took a small break for hot chocolate and apple cider to go along with some Mexican pastries on that chilly evening. Following the break, guest speaker Eliab Quinones, a pastor from El Paso, Tex., introduced the weekend with an encouraging and engaging message and concluded with a special moment of prayer.

Saturday morning began with an interactive Sabbath School. The youth were divided into groups to discuss various questions asked by the moderators regarding the call for young people to serve at their local church.

The program led into a church service, which consisted of another round of inspiring music led by Larry Seery and a group of young people from Adventist Fellowship.

Quinones continued his series reflecting on the life of Christ, especially as to how He responded to the temptations of the enemy. After the service, the young people were gifted with a healthy and filling sack lunch.

That afternoon, more than 100 of the young people met at Turkey Mountain Park to hike down some of the many trails and enjoy the beautiful weather.

Later that evening, the youth regrouped to close out the Sabbath hours back at the church. After an interactive Bible game through the digital platform Kahoot!, the Zomi Seventh-day Adventist Church youth worship team led the youth into music worship once again.

Quinones closed out with his final message making an appeal at the end of the sermon, giving young people an opportunity to come forward. Many came forward wanting prayer for challenging situations in their lives, while others expressed a desire to be baptized in the near future.

Some of the area pastors were present to pray with and encourage those who had courageously stepped forward.

After the close of the program, everyone reconvened outside to a nice setup with a stage and round tables where Larry Seery hosted a panel of five young people from different churches and answered live questions that came in through texting from their peers.

As the sun set and the Sabbath came to a close, a couple of food vendors set up and made dinner available to the attendees.

Many stayed back to play basketball, play social games, nine-square in the air or simply hang out and chat with friends they had not seen in a while.

On Sunday, a small group came back once again to put together some food items that the Tulsa Twisters Pathfinder Club had previously collected, loaded up the vehicles and set out to one of the nearby apartment complexes.

The youth went door to door offering these bags of food to families in need and praying with them when the opportunities arose until all the bags were handed out.

With much joy in their hearts, the small group returned to the church for a final meal together. As the weekend came to an end, the young people were already asking, “When is the next one?”