Eight young people were baptized at the end of 2017 at the DeSoto Seventh-day Adventist Church. 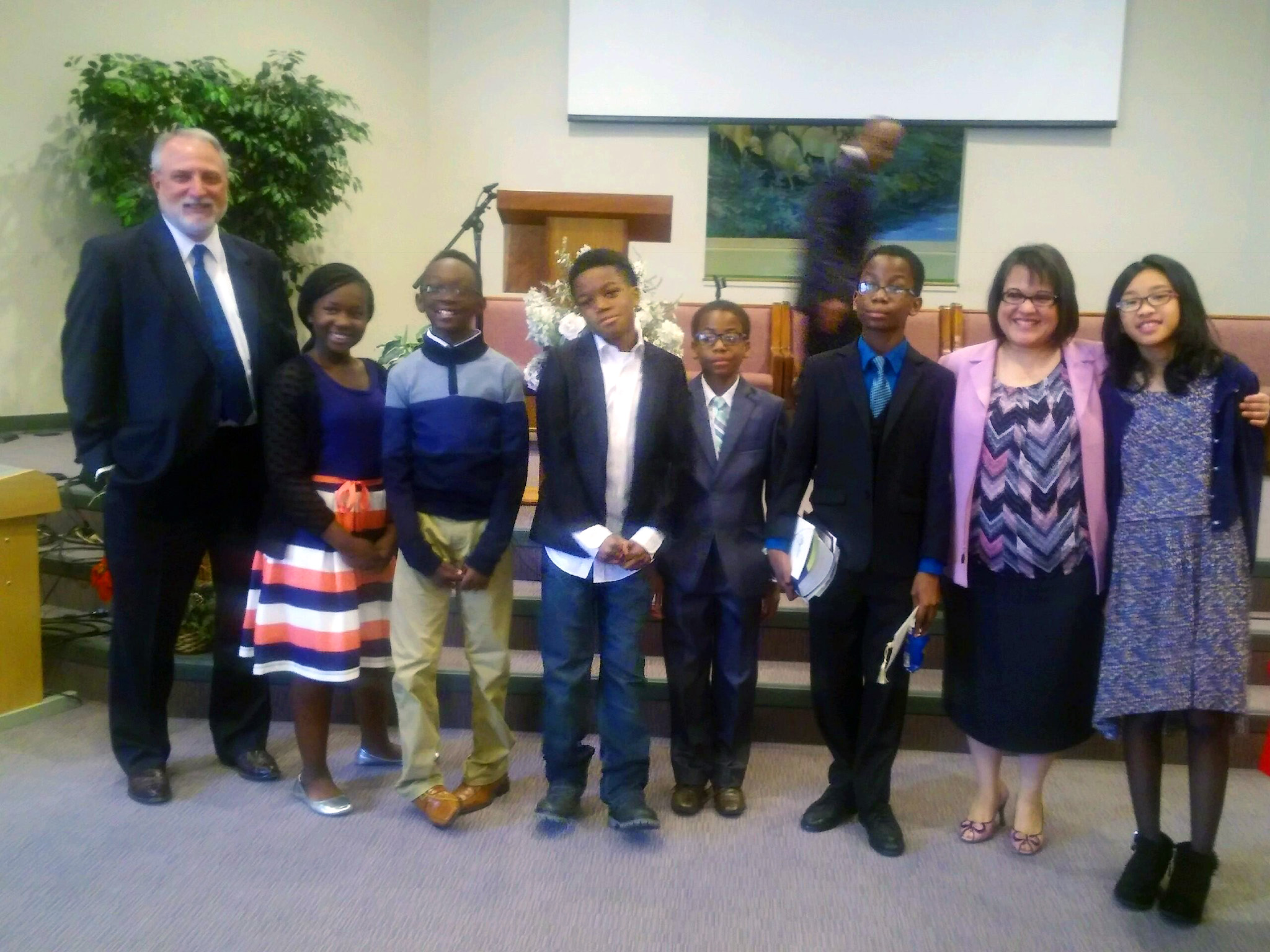 Eight young people were baptized at the end of 2017 at the DeSoto Seventh-day Adventist Church. The baptisms were a culmination of work completed by the Holy Spirit, the youth, their parents, and Leslie Soupet, Southwestern Adventist University student pastor.

“When I drew pictures on a board depicting Biblical scenes from Eden to Heaven,” Soupet said, “I wanted them to see what God intended for us. I showed them that in the middle of the picture board is where we are and where we missed the target. However, I reminded them that also in the middle of the picture is the cross which gives us new life. With Christ’s help, we can make the target again.”

In addition to her studies, Soupet is the administrative assistant to the president and Diversity Ministries Women's Ministries leader at the Southwest Region Conference. Without pushing them, she said she encouraged them to get to know Christ. When Jeremy Mosweta was asked why he wanted to be baptized he said, “I have chosen Jesus as my Friend and I know He has forgiven my sins.” Victoria Anoruigwe added, “I really want to be in the Lord’s family and live eternally in heaven.”