Helping Refugees Thrust Into Our Arms 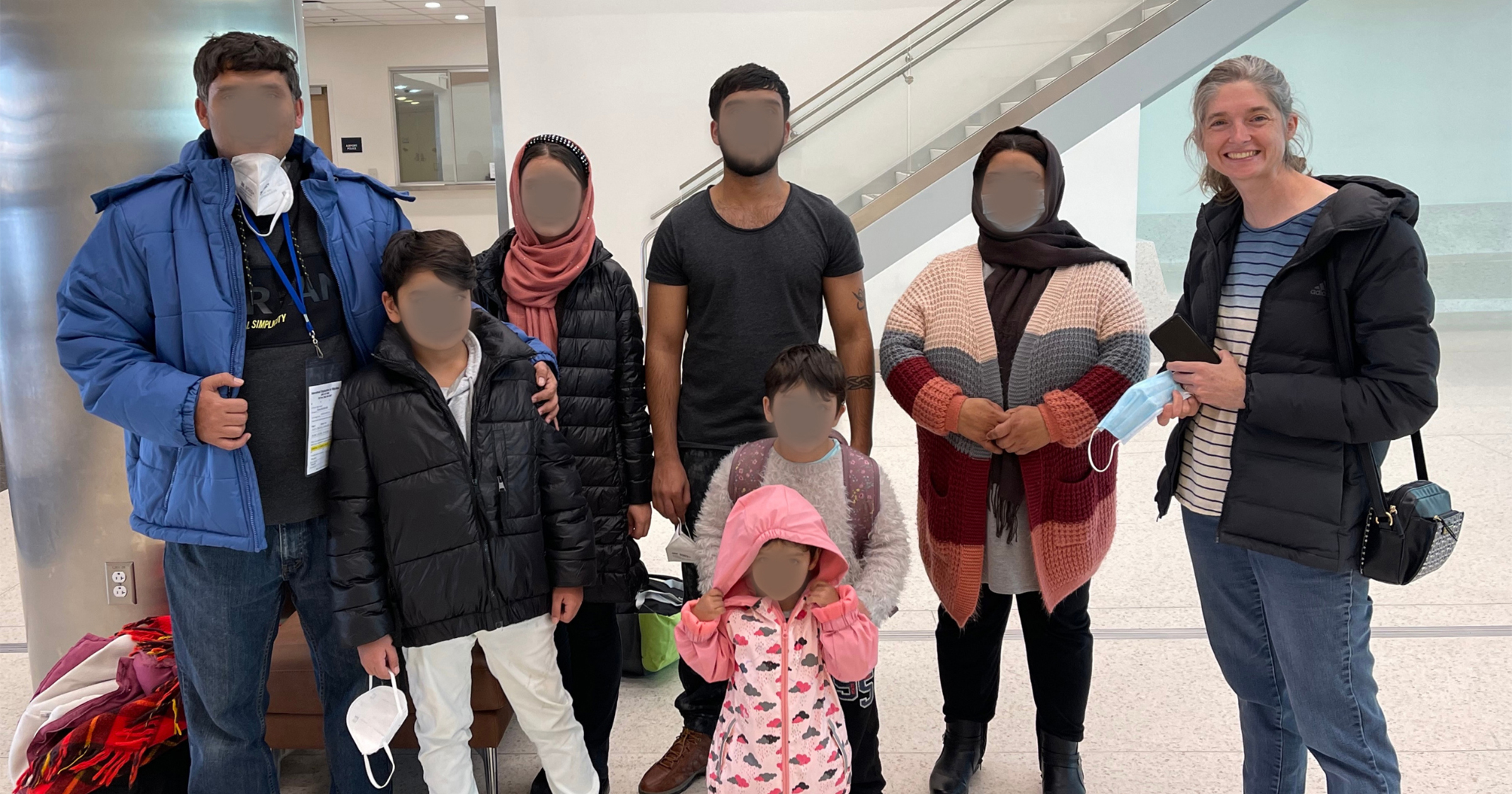 OKLAHOMA CITY – Two men teared up as they told us about leaving their mothers and grandmothers behind in Afghanistan. We had just picked up a family of 10 at the airport and taken them to the hotel room. Before we left, the father hugged grandma Sharon, held her hand and kissed it respectfully as he would his own mother’s hand respectfully. Another family introduced grandma Melanie to their mother and grandmother in Afghanistan via video call, to which they embraced her as family. The children of another family asked Dave and Chen if they would be their grandparents since theirs are deceased.

“The heart of a man plans his way, but the Lord establishes his steps.” Proverbs 16:9 (ESV). God has been working in new ways in Oklahoma. God has brought Afghans (1,000 to Oklahoma City and 850 to Tulsa), “to our very doors and thrust them, as it were, into our arms,” as Ellen G. White says in Evangelism.

Since the first welcome on Oct. 27, 2021, the Oklahoma City group of Adventist volunteers has grown to about 40 and has welcomed over 425 Afghans at the airport. In God’s providence, the Afghan refugees were initially placed in hotels for up to four months, which has allowed us to get to know the community at large.

Our WhatsApp group is the hub to post volunteer opportunities for medical appointments, shopping, teaching conversational English, setting up housing, assisting in acquiring driver’s licenses and, most importantly, establishing friendships. Requests for help come in throughout the week.

For many of us, it was a new experience meeting Afghans and learning about Islam and also that Muslims believe in Jesus the Messiah, His virgin birth, His second coming, the judgment and charity. Our lifestyle of not eating unclean meat, not drinking alcohol or smoking has enabled us to bond with the community.

About 30 Afghans who speak English have been volunteering side by side as translators. This close friendship has bonded us spiritually.

Our Muslim friends believe in the Gospels, the book of Psalms and the Pentateuch. The Quran tells about Christians that strive to follow the straight path and are considered brothers in faith.

In one visit with a family, an Afghan mother asked if we could help with getting her a sewing machine. This started a ministry with over 25 sewing machines donated and over $3,500 of material given to the women.

Pray that we will continue to be available to bless and be blessed by our Afghan brothers and sisters who have gone through horrific experiences and have been “thrust into our arms.”

By Ira Farley, Esther Farley
and Kelly O’Connor
Faces blurred to protect the families of the refugees still in Afghanistan.