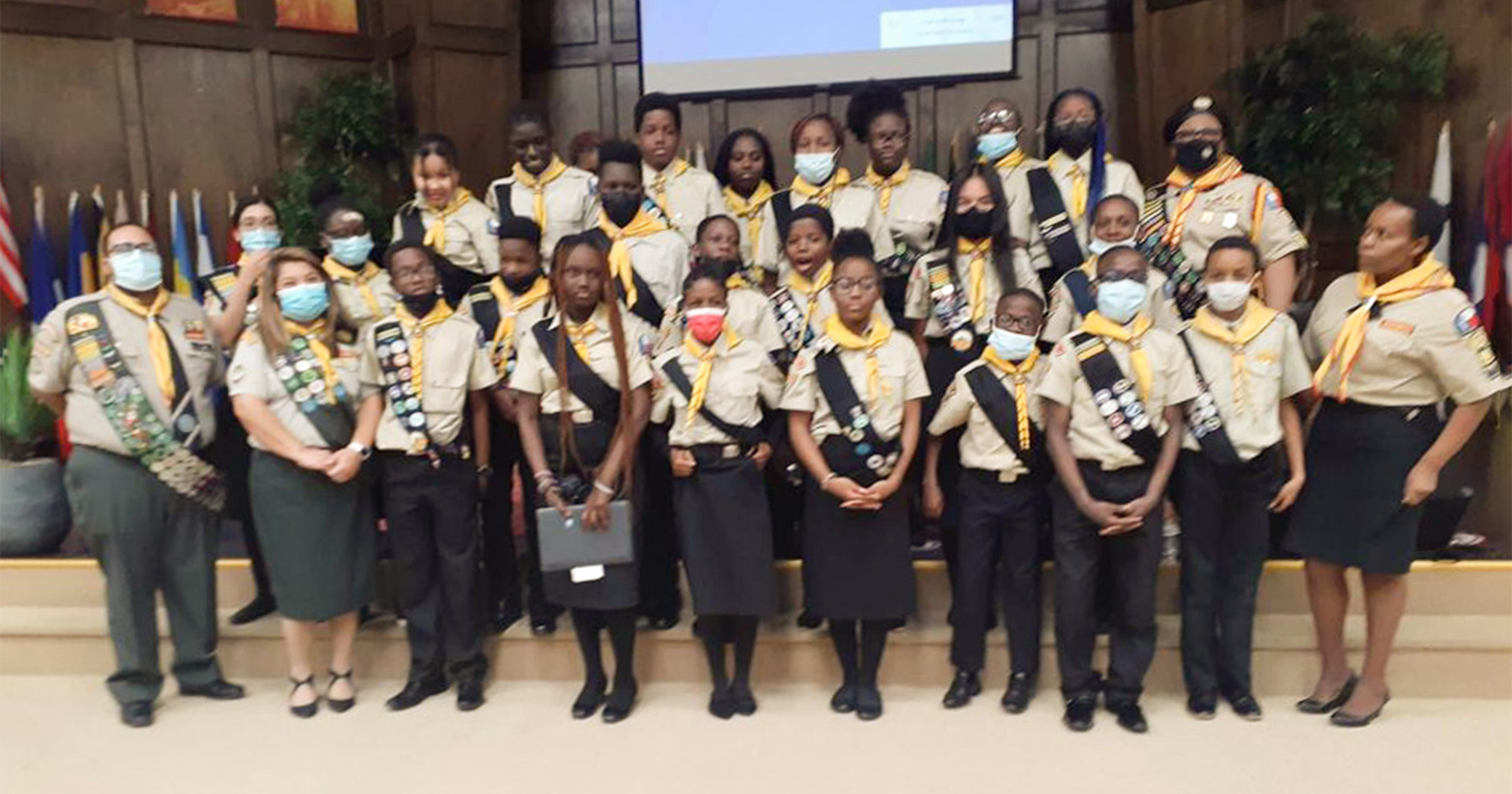 PBE is the official NAD Pathfinder Bible study program where Pathfinders from across North America commit to memory verses, chapters and books of the Bible and are tested over assigned books of the Bible as well as the Seventh-day Adventist Bible Commentary introduction. They compete for four different levels: area, conference, union and division finale.

Doreen Davis, Pathfinder director, appointed to the H.I.S. Hikers Master Guide club, under the leadership of directors Hannah and Elijah Muthondu, to organize the PBE for 2022. The Master Guide’s worked with the 24 Pathfinders to make it to the top levels. Hannah and Elijah divided the large group of 24 Pathfinders into four different teams: Ruth, Naboth, Micah and Elijah. The teams met three times a week to study and memorize their assigned chapters. Two out of the three meetings were via Zoom.

The process for every level of PBE is consistent studying, memorization and practice tests. The Master Guide directors and club worked to help them memorize the assigned chapters from the Bible and Seventh-day Adventist Bible commentary. But, of course, this would have never been possible without the Pathfinders’ parents devoting their time and money. The parents drove them to church and the coaches’ homes throughout the week before each round to meet. Each practice, each Bible test and each trip, the parents showed how important it was to support their own children on the PBE journey.

The five different teams all participated in the area level but only a few moved on.

All PBE levels, except for area level, required travel. The conference level was held at the Keene Spanish Seventh-day Adventist Church on March 5, 2022. The union level was held on March 26, 2022, at Southwestern Adventist University. The division finale was held in Eugene, Ore., on April 23, 2022.

Team Ruth: Chelsea Osinde, Shukuru Urbain, William Altemus, Eberechi and Chinedum Nwogu participated and passed every level they competed in reaching the division level. They were the only PBE team representing the Greater Houston area that made it to the division finale. They joined other Pathfinders clubs in coming in first place.

No matter what level the PBE teams came in, Houston International church members are extremely proud of the achievements the Pathfinders, the parents, coaches and leaders earned during their PBE journey. They represented Jesus, their church and Houston with pride and worked very hard to make it so far and achieve the most for God’s glory.

You can find information about the 2023 PBE at NadPBE.org.