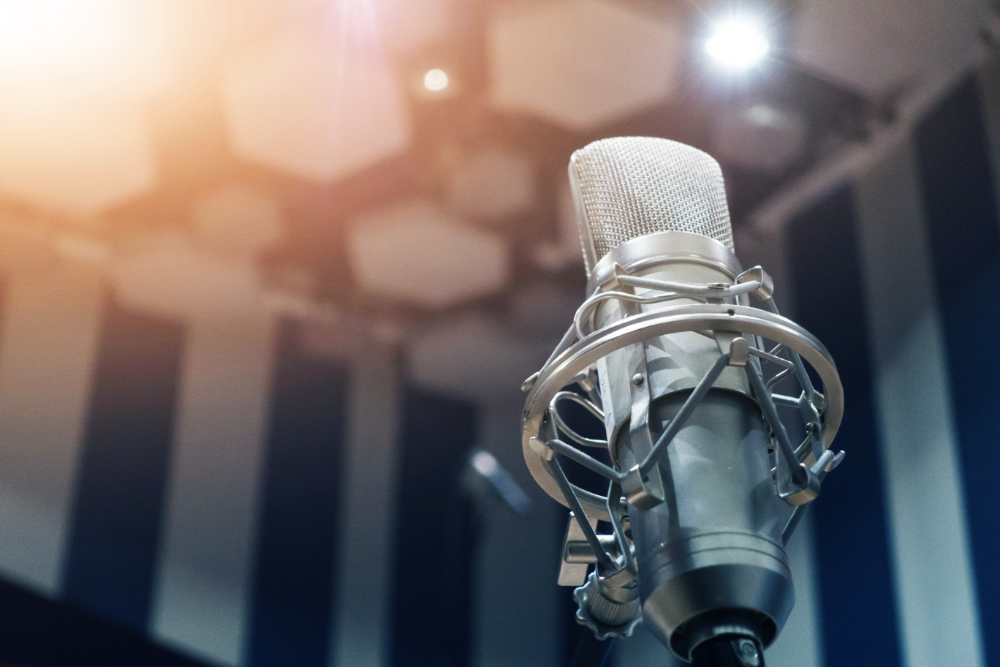 In a small town, a small university quietly hosts a huge ministry. Southwestern Adventist University in Keene, Texas, is well known for its nursing, education, and other excellent programs, as well as being home to hundreds of young people looking to find their place in the world. Amongst all of this commotion sits a quaint yellow building that is busy sharing the gospel of Christ over the airwaves every hour of the day. The building is home to radio station 88.3 The Journey.

Mike Agee, Chair of the Communication Department at Southwestern, currently runs and maintains The Journey. Since taking the lead in 2010, Agee has been witness to numerous ways that the Holy Spirit has worked through radio. For him, The Journey was created to do exactly as its name suggests: to take its listeners on a journey with Christ and to walk with Him in their day-to-day lives.

According to audience research, The Journey is able to reach 60-75,000 listeners every week. For Agee, it’s incredibly humbling to be able to impact such a large amount of listener’s lives for eternity. “Radio goes where other mediums can’t. It goes through walls,” he remarked.

A veteran of the radio industry, Agee has witnessed many blessings. He has been at The Journey for nearly a decade and in radio broadcasting for 40 years. While attending Southwestern as a freshman, he first received his broadcasting license at the age of 18. “Radio is an interesting profession. Every day is different, and in Christian radio every day is filled with miracles,” Agee remarked.

When Agee found himself back on the Southwestern campus, he was hired to make the radio station a critical part of the university’s ministry. New programming was brought to the station, as well as a switch to a more contemporary music style. A new tower was constructed in 2016, allowing it to reach more listeners with uplifting music and positive influence. The growth of the station has continued year-to-year since Agee’s arrival.

This ability of The Journey to reach the hearts of so many is not only due to the work done at the station, but also to countless others in the music industry who provide the content. “Radio ministry has a lifelong impact and these blessings are planned by God years in advance,” says Agee. A song that inspires and connects listeners to God starts as an inspiration in the mind of an artist, and before it can reach the airwaves it has to go through writing, recording, production, and licensing. The Journey is simply the final link in a chain of talented individuals. And when the music reaches the listener, incredible things can happen.

Agee recollects one story that beautifully highlights the power of radio. One function of a radio station is to provide traffic reports for the local area, and often to pray for the victims of accidents on the road. During one normal day, the disk jockey received news about an accident and began to pray for the victims. Unbeknownst to the station staff, the driver who suffered the wreck had been listening to their broadcast. The uplifting words of the music gave the driver hope while pinned in the vehicle. When emergency workers arrived, they advised the driver to turn the radio off as they attempted to perform the rescue. The driver refused, as the disk jockey was praying for both them and the emergency workers. Pinned in their destroyed vehicle, they knew that they were the subject of prayers to heaven.

Radio may not be the most flashy or popular medium for ministry, but its power to bring the gospel to many is used daily by the Holy Spirit.

Andrew Austin graduated from Southwestern Adventist University in 2016 with a degree in Communication with Journalism emphasis. He tutors high school students in writing and English, and lives in Burleson, Texas.