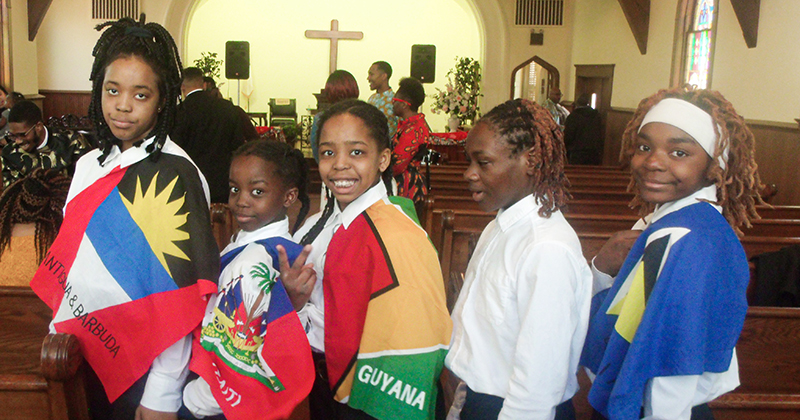 Intercessory prayers were given in French by New Life pastor Shelot Pierre, in Spanish by Castanon and in English by Terry March, pastor from Carriage Hill Christian Church.

Laurie Pierre led out during the children's story time and youth ushers showed up in style, sporting international flags as part of their uniform. As usual, we were encouraged with a moving sermon by our very own pastor, Shelot Pierre, who delivered a power word entitled “Let’s Celebrate.”

Our celebration continued as the church and visiting guests enjoyed a well-prepared international feast.

This exciting celebration ended with a concert from local ministries and vocalists.

By Maria A. Meredith