Nearly 100 Come Together for Fellowship 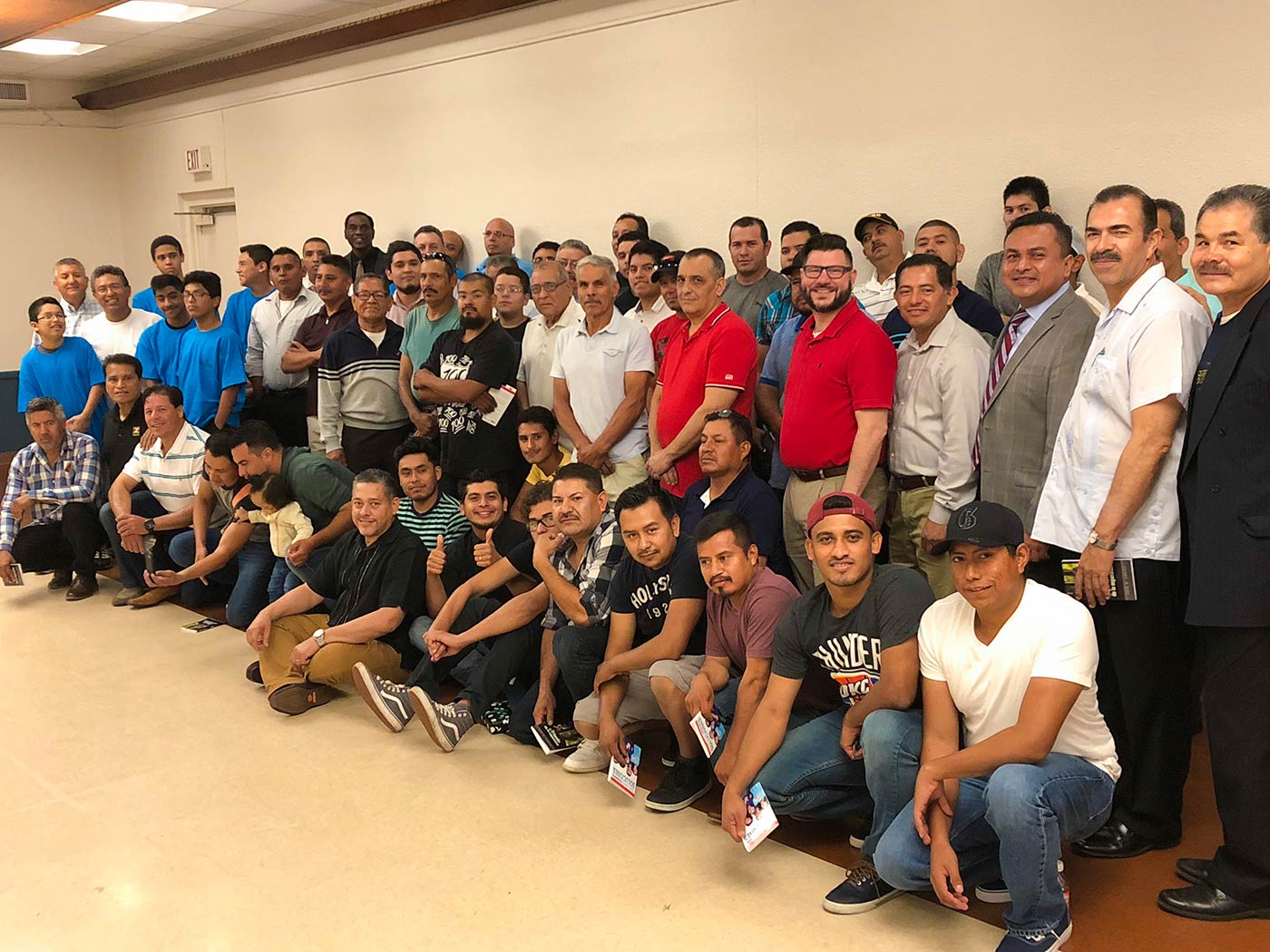 OKLAHOMA CITY – For five years in a row the Hispanic men of the Oklahoma City metropolitan area have come together to celebrate an annual prayer breakfast. This year nearly 100 men met in the Will Rogers Botanical Park with the theme “Walking in Integrity” as an additional effort to take the church to the community.

This vibrant men’s event was characterized by music, testimony, gifts and inspiring messages. Gabriel Mendieta’s testimony was absolutely mesmerizing. With his voice drowned by tears and emotions, Mendieta shared his moving story. He was a young man who grew up in poverty under the effort and care of a single mother. He lived in a world of of gangs and drugs but redirected his life and now dedicates time to strengthen his small barber shop and his family. Mendieta recognizes that under the direction of God and his wife, he has begun to live in ways of integrity. Manny Hernandez, another of the speakers, told of his life experience and his passion for serving the community. Hernandez is a high-ranking officer in the police system of the county. He helps needy men, gives legal assistance and is also a man who fears God.

Gregorio Avilés, pastor, presented the basics for a life of integrity in Christ, inviting each man to give his best in favor of the church, family and society.

Each year the Hispanic Men’s Ministries of the Oklahoma Conference recognizes youth talent and integrity. This time the winners of the awards were Carlos Maya and Jorge Serrano, Jr. Maya was commended for his commitment and leadership in the church and for his academic achievements. He is beginning his higher education at Oklahoma Central University. Serrano, Jr., holds the record of being the youngest man to receive the Certificate of Leader of Men’s Ministries in the Oklahoma Conference and in the Southwestern Union, and was recognized for his efforts and support as well.

At the end of the program, the pastors who were present had the opportunity to mingle with the more than 30 non-Adventist men who attended the breakfast. The event concluded with individual prayers, interchanging of opinions and messages of motivation and commitment.

By Florencio A. Bueno