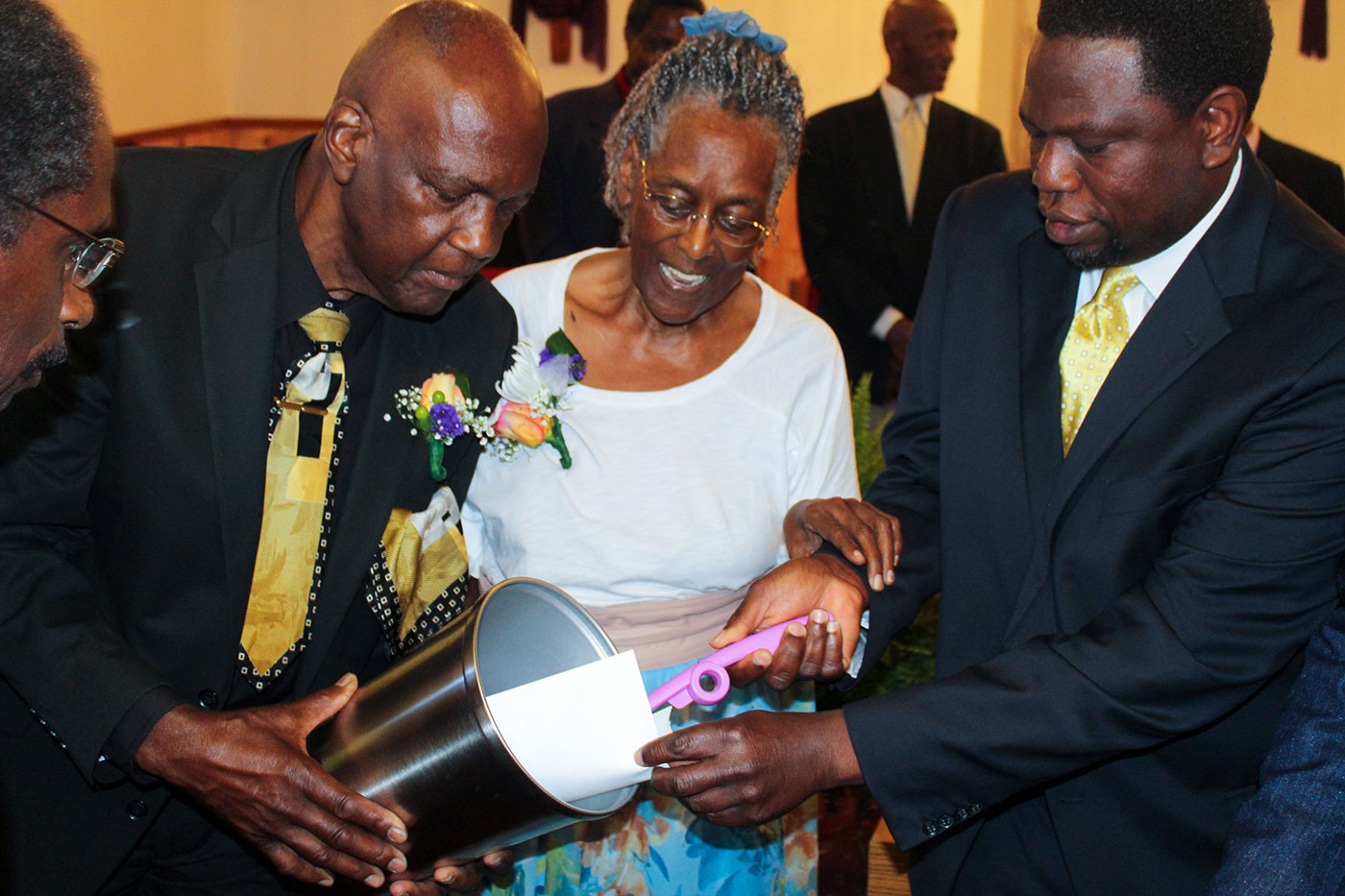 BATON ROUGE, LA. – In 1983 James L. Black arrived at Berean as an “Infiltration Pastor.” The goal was to establish another church in the northern part of the parish. Twenty-one Berean members came forward to join the new church, and the team began its work.

The early years were trying ones as the fledgling group gathered in various places for worship. On October 20, 1984 with 32 members, the new church, Faith Seventh-day Adventist Church, was organized. The first place of worship was a Baptist church.

Following a Revelation seminar and a tent meeting, the membership doubled and grew. Black’s first baptismal candidate was a woman he saw sitting on her porch shelling beans. The 76 year-old began attending church and several months later, was baptized, remaining faithful until her death.

In June of 1986, the Conference voted to send Black to the Theological Seminary at Andrews University in Berrien Springs, Mich. Membership was well over 100 with nearly $50,000 in the building fund. “I left confident that God would continue blessing and one day provide a permanent place of worship,” Black recalled. The “one day” came and the church purchased a three-acre piece of land that included a 1941 army barracks which would serve as the church building.

In 1991 under the leadership of Archie Byrd, the Faith church held the groundbreaking for its 7330 Mickens Road home. Between 1984 and 2017, pastors were Archie Byrd, Michael Horton, Alfred Booker, Wilmore Green, Helvis Moody, Raynell Smith and Michael Bailey.

It is now 2018 and eight of the charter members are awaiting the resurrection. Joseph Footman is in his second year as pastor and the Faith church is ready to claim God’s house as its own. The appropriate theme “Triumphs over Trials” dominated the June 23–30 week which featured Black, Moody, Bailey and Smith, and culminated with a message from Conference President Calvin Watkins.

The week began with Black, considered the “father” of the Faith church. Moody followed with the distinction of being only 24 years old at the time of his assignment. Bailey’s one-year tenure from 2016 to 2017 was next. Smith, whose 2004-2014 service was the longest of all, brought the nightly celebration to a close.

“Today is all about building up the Kingdom of God,” said Watkins of the ceremony attributed to the ministries of Smith and Bailey. Charter members were honored with corsages and boutonnieres followed by the Mortgage Burning litany: with Willie Lee holding the container and Footman with the lighter, the grand finale began.

The once-treasured paper went up in flames to the applause of the audience. Seconds later, nothing remained except ashes that escaped and floated about. It was a fitting end for a church once held hostage by debt. After applauding Footman for his role in Faith’s celebration, Watkins’ “Rotten Scoundrel” message featured the tragedy of God’s appointed high priest Eli and how his failure to discipline his sons not only led to their tragic end, but to his as well. “God can put one up and take him down. Are sons of Eli running our churches? Then we’ve got to kick out the spirit of Eli’s sons. I am grateful that our God loves His church regardless of its imperfections.”