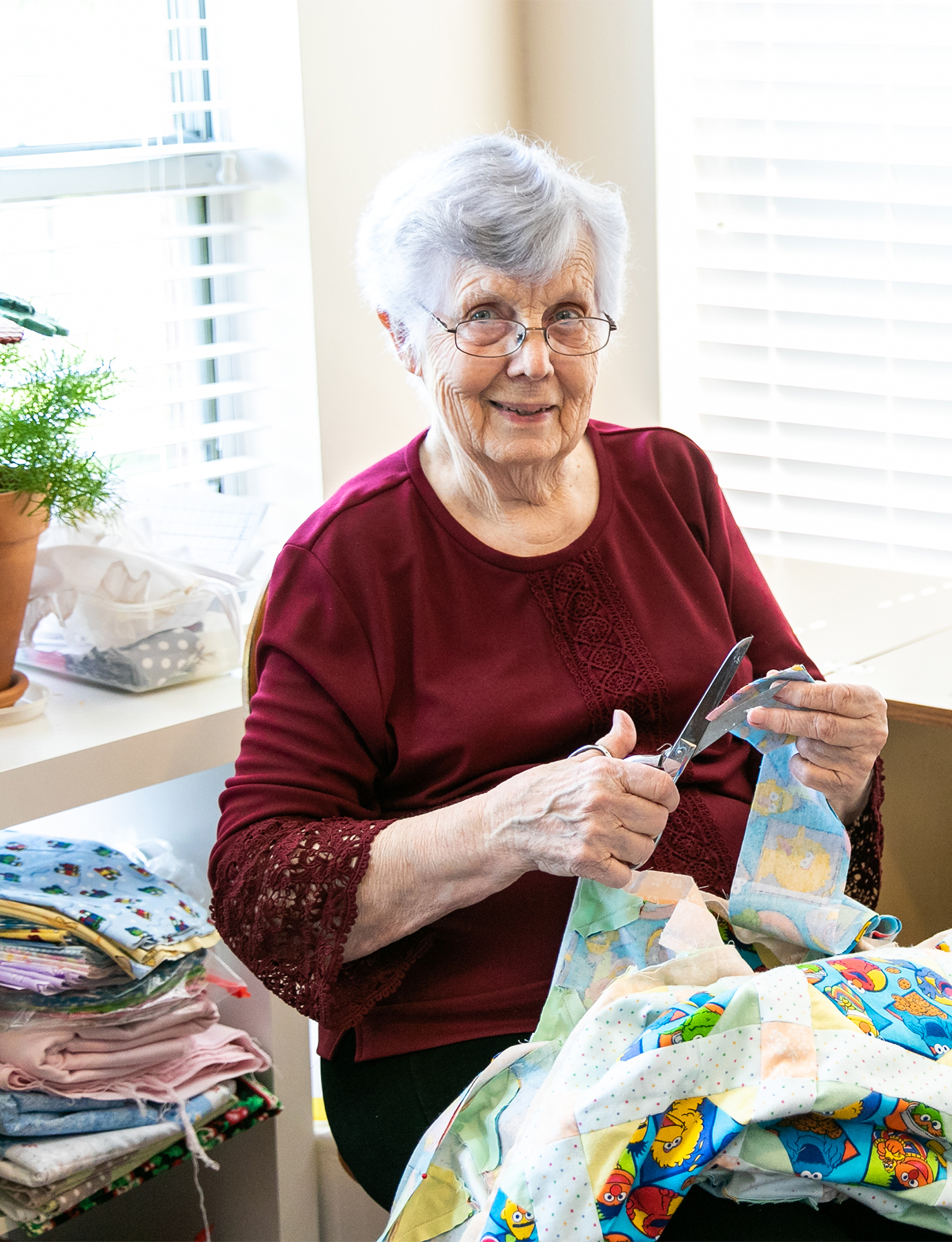 Grieta Tallios loves children. Since 1992, Tallios, a member of the Tyler Seventh-day Adventist Church, has cared for over 70 children as a foster mother. Each child that entered through her front door became a treasured member of the family. Those little ones received a safe place to live. More than that, they received the true love of a mother and a chance to know Jesus. Now Tallios is “retired” from foster care, but her love for the children continues strong.

“I fell in love with every baby and I cried tears when every baby left,” says Tallios. “But I always took a picture the day they came and the day they left. Now I look back and think, ‘Look what I did for one little life.’ It’s my hope that more people will become foster parents and do that, too.”

As a small child, Tallios recalls feeling “halfway to heaven” any time she got to hold a baby. “God just gave me an extraordinary love for children,” says Tallios.

She remembers snuggling up to her aunt in church, letting her baby cousin’s feet rest on her lap. Spending time with children always filled Tallios with joy. She even decided to make a career out of it, studying elementary education at Andrews University.

Before she started teaching, though, Tallios worked as the Dean of Girls at Southern Adventist University. Even then, she could not stand life without a small child around. That’s why, as a young single woman, Tallios decided to adopt her daughter, Hyka.

“I was not going to be without babies,” says Tallios. “It was a bit of a controversy on campus, as you can imagine, but that’s ok. I survived it and so did they.”

Tallios met her husband, Nicholas, several years later. He had five grown daughters of his own. They lived in many places across North America as a husband and wife ministry team. Tallios worked as a teacher and Nicholas as an ordained minister. For five years, they also lived as missionaries in Cyprus, where Tallios ran a small church school. She never had any biological children of her own, but she was always surrounded by little ones.

Grieta and Nicholas worked with care and commitment. A well-earned retirement was the natural next step in their life journey together. There was only one problem.

“I had been a school teacher and didn’t want to give up being around the children,” says Tallios. “My husband was already retired and wanted me to retire, too. He got tired of me taking off to school while he was home alone. So, we decided to start fostering.”

This new chapter of life would allow Grieta and Nicholas to retire together while also fulfilling her call to care for children. So, they took the class to be licensed, they prepared their home for children, and then they waited for the call. A premature baby boy was brought into their home faster than they could have imagined, and the entire neighborhood celebrated. Friends and neighbors even gave Tallios a baby shower for her first foster child! She also found support at church. The church members at the Tyler Seventh-day Adventist Church were more than happy to help watch and care for babies when Tallios told children stories or helped during the service.

“If you don’t have a support system of relatives around, choose a church, make some friends, and they will help you,” says Tallios. “And if this article can get one more good foster parent going, then I will be so happy because we desperately need them. Some of these children, their only contact with God is in that foster home.”

Over the next 28 years, the Tallios house was never without a child. Tallios’s favorite memories are of getting to see improvements in a child’s health and happiness, or helping find a loving adoptive home for a child.

Many children in the foster system have biological parents who are substance abusers. Others have been physically abused. If a child has medical needs, it takes them longer to be adopted; the children that need the most care often stay at a foster home the longest.

“I got this little foster baby boy that had a double skull fracture,” says Tallios. “It was probably caused by him being thrown in a corner. He was extremely premature, weighed less than two pounds, and was on six medications.” As a premature baby, the boy also had lung problems. His lungs would hemorrhage. The doctors gave him a fifty percent chance of drowning in his own blood before he turned five. One day, a doctor in Dallas suggested that a dairy allergy could be part of this boy’s problem.

“I made him dairy free and no more hemorrhaging,” says Tallios. “And he started to grow!”

Yet the boy still had many medical problems. At that same time, Tallios also cared for a baby boy with a cleft palate. The boy with lung problems was a very white baby. The boy with a cleft palate had dark black skin. When Tallios cared for children of different races, she took special care to treat them with love and equality. She learned how to style black hair for girls and how to make sure children were given the specific care needed for their differences, while also letting them know that they were the same on the inside, and that they were loved equally.

“This boy had speech problems because of his cleft palate, and in his little garbled speech, he let me know that the white baby boy was like me, but that he was not,” says Tallios. “I knew, then, that it was time to have a little chit-chat.”

Around that same time, Nicholas became ill and had to go to the hospital. “My husband held my hand in the hospital and he said, ‘Promise me that you will hold it together.’ And then he named the two little boys. Those were his last words to me.”

So Tallios held it together. She continued to care for children. After the boy’s cleft palate was fixed, he was adopted into a loving family. The other boy who had a skull fracture and lung problems still had many medical issues. The foster system decided not to put him up for adoption. They decided to let him age out of the system because of his medical issues. One day, he approached Tallios with a serious look on his face.

“He said to me, ‘Mom, won’t you adopt me so I know that I can stay forever?’ So he is the one who got to stay forever,” says Tallios. She adopted the boy, named David. Now, David is 25 and is helping to care for Tallios. He picks up groceries and chauffeurs Tallios as needed. He was also a big help with the babies once he was old enough.

Over the years, Tallios considered each child placed in her care to be a treasure. Whether a child stayed with Tallios for less than a month or for more than a year, she did everything in her power to show each child how much they are loved by God. She treated each child with the love of a true mother.

“Not only does Tallios care for the children at home, but she attends church regularly, bringing the children,” says Michael Tuionetoa, Tyler church pastor. “She is a real inspiration. It’s obvious when she comes to church that she really cares for them as a good mother would care for her own child.”

Although Tallios is no longer a foster mother, she finds joy in the letters and updates from parents of those children she had once watched over. As she sees the children grow up, Tallios is filled with joy at their success, knowing that she helped make that success possible in the time she was given.

“What better reward could there be?” asks Tallios. “Little David, when he came, couldn’t even roll over. Now he’s driving me around town. Rewards in fostering don’t come in great big fancy things. They come in the little things. Every foster parent can have these experiences if they’re just willing to do it.”

“Jesus said, ‘Let the little children come to me, and do not hinder them, for the kingdom of heaven belongs to such as these.’” Matthew 19:14. Over 70 little children have had a glimpse of heaven thanks to Grieta Tallios and her family.

Grieta Tallios and her adult children, Hyka and David, live in Tyler, Texas. By Makala James. James is a freelance writer based in Granbury, Texas. Photography by Alden Ho.