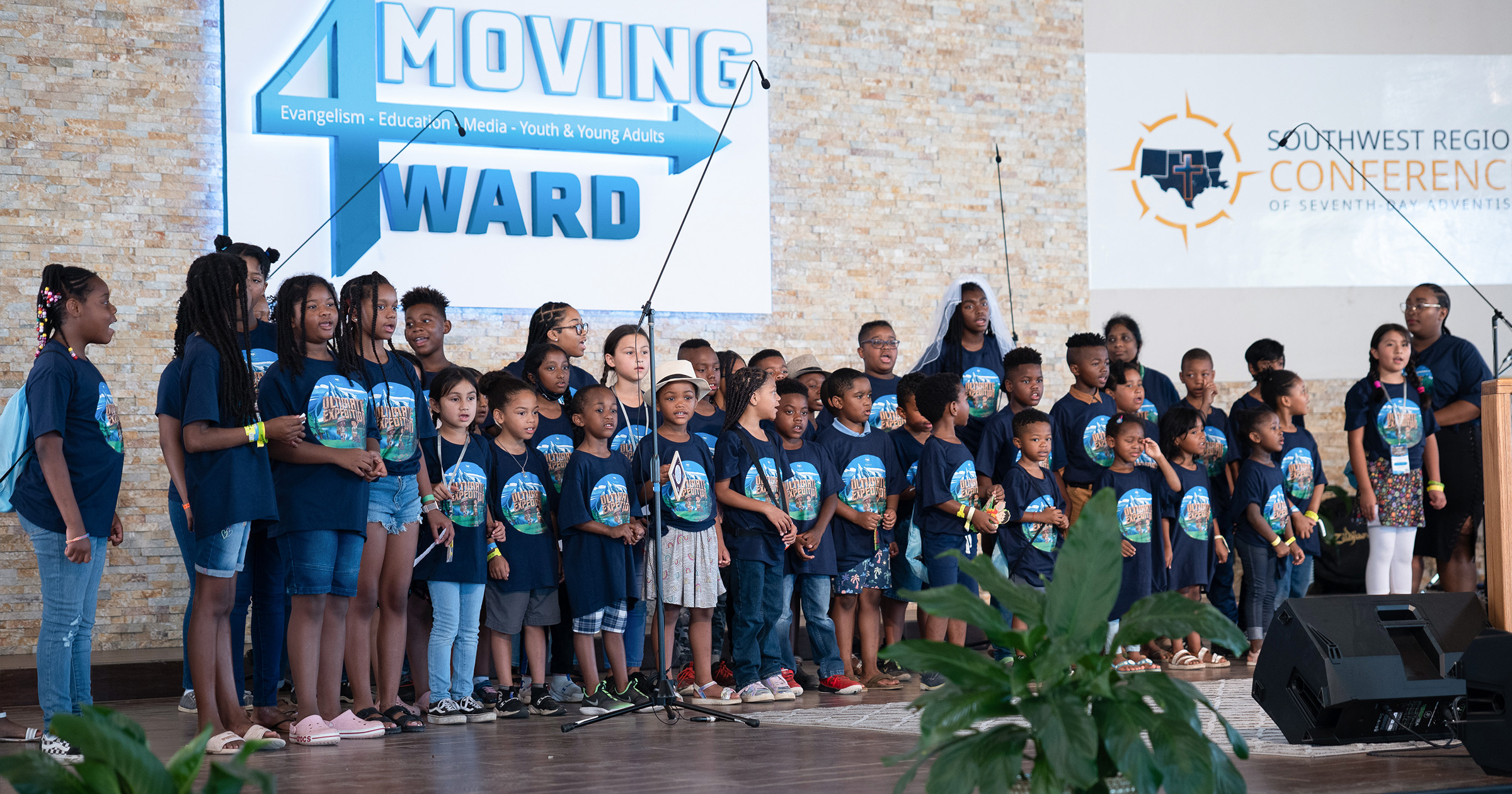 ATHENS, TEX. – Maybe it was the theme song “Every Praise” by Hezekiah Walker, maybe it was the theme “Moving Southwest ‘4’ Ward,” or maybe the fact that we had not gathered in person for Camp Meeting for two consecutive years, maybe it was Carlton Byrd D.Min., Southwest Region Conference president’s, first Southwest Region Camp Meeting, or the myriad of renowned speakers and musicians or just the aura of those plush grounds and generous acreage. Whatever it was, many agreed that it was an unprecedented camp meeting.

Southwest Region Conference Executive Secretary/Vice President for Administration Jason North’s Wednesday evening message in the open-air adult pavilion began it all. Thursday through Sabbath found campers making their way to the pavilion for the 7 a.m. meeting with God via “Morning Manna” delivered by various pastors. The 10:30 a.m. workshops presented captivating subjects such as evangelism, family life, nutrition and self-care. Some afternoon workshops such as the one with 3ABN’s Master Chef Nyse Collins saw an overflow audience present for his lecture/demonstrations.

The pastors’ spouses led out Thursday night. On Friday evening, Youth Director Carl Ming exclaimed, “When God’s people pray, God moves! And now the walking, talking testimony of Jesus Christ!” as 20 youth dressed in blue t-shirts with the word “unstoppable” proudly marched onto the stage. Eric Thomas, Ph.D., motivational speaker, followed by summoning all youth to the front where his directives included their shouting “Unstoppable!” “COVID-19 was an opportunity for ministry; don’t be selfish with the Gospel,” he said to them. His appeal would result in several being among the 45 baptized in the camp pool following Sabbath service.

Byrd prefaced his introduction of our Sabbath speaker with Wintley Phipps who sang the Negro spiritual “Talk About a Child Who Do Love Jesus.” Henry Wright’s “Moving Forward in Babylon” emphasized that we live in modern-day Babylon and what we’ve failed to do in the light will now have to be done in darkness. “The only way out of our Babylon is to do God’s will. We must want to take someone with us is why we want out of Babylon. Seek His face and He’ll hear your Babylonian experience,” Wright assured us in his closing.

Following the evening concert, Byrd delivered his message. “We’re going to move forward” was the charge to the audience. Using Numbers 13:25 as his basis, he relayed the Israelites’ 40-year wilderness experience and how God provided their every need. “Our belief in God will result in our conquering everything that plagues us. Seek liberation from a grasshopper mentality [an early reference to the Israelites’ assessment of themselves] which has retarded growth in so many of our churches.” Byrd then began singing “I Can’t Go Back to the Way I Used to Be.” He continued, “I believe in this Church, but over time, we’ll have to change our methods. Let’s go forward because ‘To whom much is given, much is required.’ Let’s go Forward!”