My Professor is God Himself

How I Became a Seventh-day Adventist 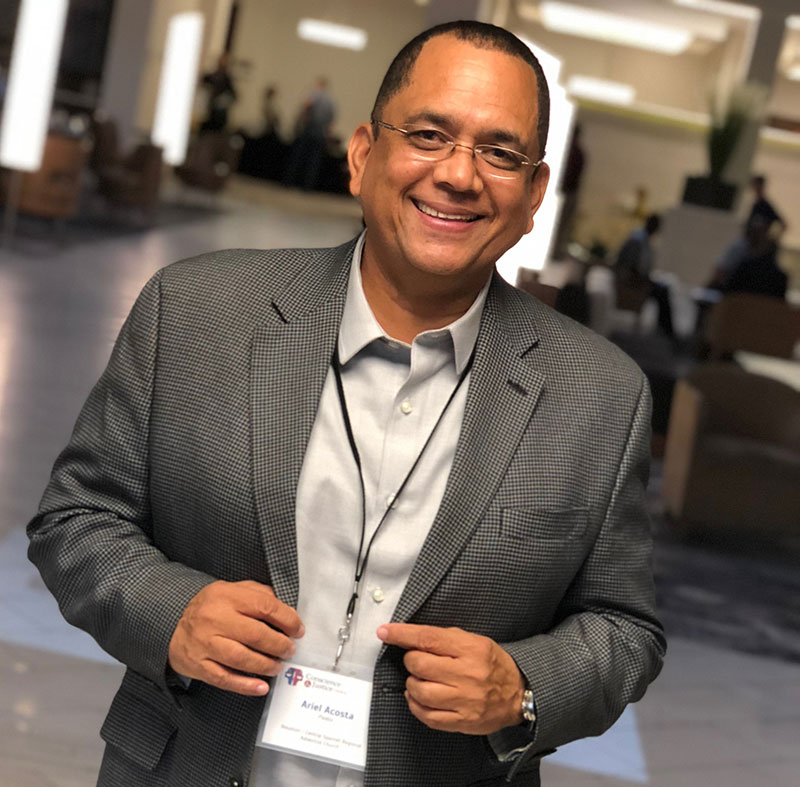 HOUSTON – I was born in a very religious home in the Dominican Republic and from an early age I dreamed of becoming a priest. At 15 years of age, I served in the Catholic church as an acolyte. One afternoon, something amazing happened. I was in my room with the Bible in my hands as I said a prayer. On my knees I said to God, “I am going to open the Bible and wherever I put my finger, whatever you tell me I will do.” When I opened my eyes, my finger was on Exodus 20:8, “Remember the Sabbath day by keeping it holy.” I became frightened, because I had grown up believing that Sunday was the true day of worship. So I went to the priest for an explanation.

He told me that the Old Testament was abolished and asked me, “Who is giving you Bible studies?” I did not know what to answer, but I couldn’t lie. God had a plan for me and helped me to remember a verse that I had learned. The verse is Isaiah 40:8, “The grass withers and the flowers fall, but the word of our God endures forever.” Then, with the Bible in my hand, I asked the priest, “What do I have in my hand?” to which he answered, “The Word of God.” Then I responded, “My professor is God Himself.”

I did not return to the Catholic church again after that day and began to look for a church that kept the Sabbath, but did not find one in my town. I did not give up. One Friday, as I visited my uncle in Santo Domingo, I walked by a Seventh-day Adventist church. I heard an announcement that there would be a youth camp and I resolved to attend.

During the camp, I learned about a baptism that would take place. I approached the pastor and told him that I wanted to be baptized. My aunt, who was a devout Catholic, came to visit me the day before the baptism and told me that I was not ready to be baptized. I spoke with the pastor in the presence of my aunt, telling him that I could not be baptized. But at that moment, something amazing happened, a young man touched me on the shoulder and told me, “If Christ is calling you, are you going to tell Him that you are not ready?” So I told the pastor, “I am getting baptized tomorrow!”

After being baptized in the sea waters, I set out to look for the young man who had touched me on the back in order to thank him, but I couldn’t find him. I am convinced that the young person was an angel from God. That is how I became a Seventh-day Adventist and today I delight in serving the Lord as a pastor.