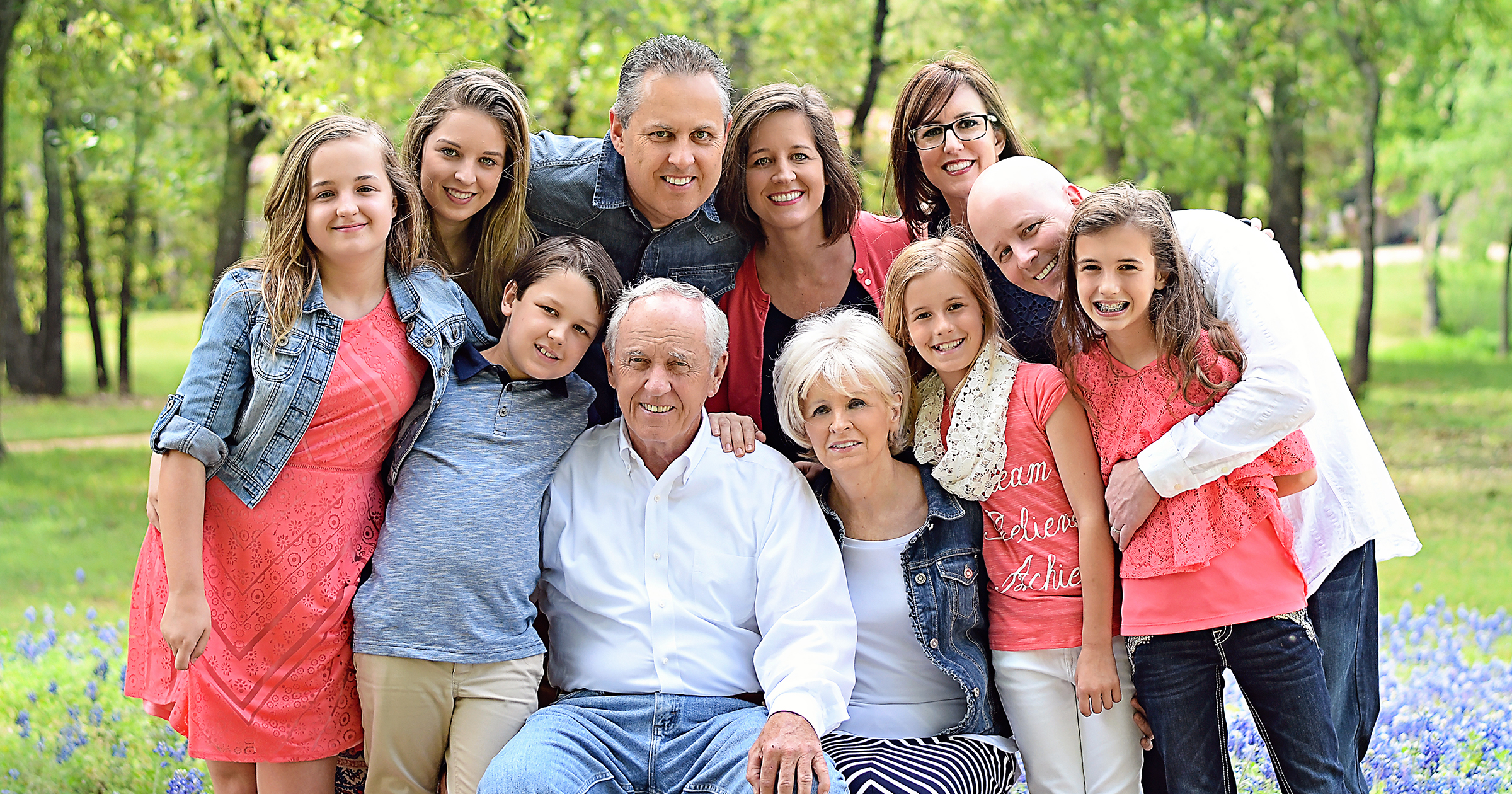 Adventist education tends to have a ripple effect. Josie Reeves is a junior nursing major at Southwestern Adventist University (SWAU). Though she started attending only three years ago, her connection to SWAU goes back all the way to 1955, when her grandfather, Gary Heinrich, headed off to attend Southwestern Adventist Junior College.

“There were eight kids in my family, and six of us went to SWAU,” Gary says. He attended four years of academy, then two of junior college, earning Associate’s Degrees in business and religion.

“Spiritually, SWAU gave me a great foundation,” says Gary, “Even today I hate to miss church; some of my classmates are still here, and it’s a great feeling to continue worshiping with them after all these years.”

Gary Heinrich (class of 1961) and his wife, Betty (class of 1961 and 2002), met at SWAU. Their two children, Kristi and Steve, also graduated from SWAU. Sixty years later, Gary and Betty’s granddaughter is on her own path at the same university.

“My mom once asked me and my siblings which had had the greatest effect on our spiritual lives—home, school or church. Each of us said ‘school’ without hesitation,” Josie recalls. “Going to SWAU with so many people who have a personal connection with God has inspired me to develop my own. SWAU has given me the opportunity to create my own spiritual identity apart from that of my parents. It's become personal to me.”

Kristi Reeves (class of 1994) is Josie’s mom. She says it’s hard to pinpoint exactly how SWAU influenced her spiritual life, because it wasn’t a separate part of the experience. “All the aspects blend into one at SWAU,” Kristi recalls. “Academics, spiritual life, social activities—they’re all interconnected. Growing in one aspect of your life at SWAU meant developing the others as well.”

Betty Heinrich, Kristi’s mom and Josie’s grandmother, transferred to SWAU in her junior year of high school. She immediately noticed that her classmates at SWAU were different from her classmates in public school. “They were friendly, and didn’t care about what your name was or how much money you had,” she recalls. “They showed me what a Christian life could look like.” In 1959, at the age of 18, Betty was baptized into the Adventist church. “That’s the biggest thing SWAU did for me,” she says.

Steve Heinrich (class of 1995 and 1997), Josie’s uncle, adds that the professors left an impression, as well.

“I always appreciated math classes with Dr. Chin,” Steve shares. “He opened class every day with a spiritual thought, and they always had meaningful application to real life. I had many good instructors at SWAU, but Dr. Chin made a distinct impact on me with his humble, thoughtful, caring spirit. He made a connection with God practical and attainable.”

Josie enjoys when her parents visit SWAU. She and her dad, Charles, also an alumnus, often walk around campus together as he points out various things of interest.

“He’ll show me where buildings used to be, tell me stories about things he used to do with his friends,” Josie says. “It’s really neat to go to the same school my parents and grandparents did. We’ve all had different experiences with the same place, and yet we’ve also experienced some of the same things—like the family atmosphere and closer relationships with God.”

Even at 80 years old, Gary still talks about seeing the “kids” he went to school with every alumni weekend, and says he would never miss a reunion. “Adventist education draws you together,” he says. “You eat, sleep, play, study, go to church, and pray together. I’m so glad I got that opportunity and have been able to pass it on to my children and my grandchildren.”

Kristi, who got a degree in elementary education, tries to convince everyone she meets that Adventist education is what they need in their lives. “It’s not just about education, it’s about getting our children into the kingdom,” she says. “It’s a complete package. I saw what it did in my life, and I want that for everyone’s children.”

Kristi’s daughter Josie has always felt her calling was to identify people in need and be their supporting shoulder, listening ear and prayerful friend. As a result, she chose to follow her uncle Steve’s footsteps and study nursing at SWAU. It’s a choice she has never once questioned as being God’s plan for her life.

“SWAU has provided me with an opportunity to find something I’m passionate about and what God is really calling me to do,” Josie shares. “I get to help people, and I love it, because that’s what we as Christians are meant to do for the world. SWAU has provided me with both the education and the opportunities to find what I’m truly meant to be doing.”

In 1989, Gary and Betty set up an endowed scholarship at SWAU in Gary’s father’s name, specifically to benefit elementary education majors. “We need our kids invested in their faith and their church,” Gary says. “We need to mentor them into their roles and keep them connected to the church even after graduation. No matter what their career, they are a testament to Adventist education, and a testament to Christ. There’s no greater legacy than that.”