A Generation that is Involved and Engaged 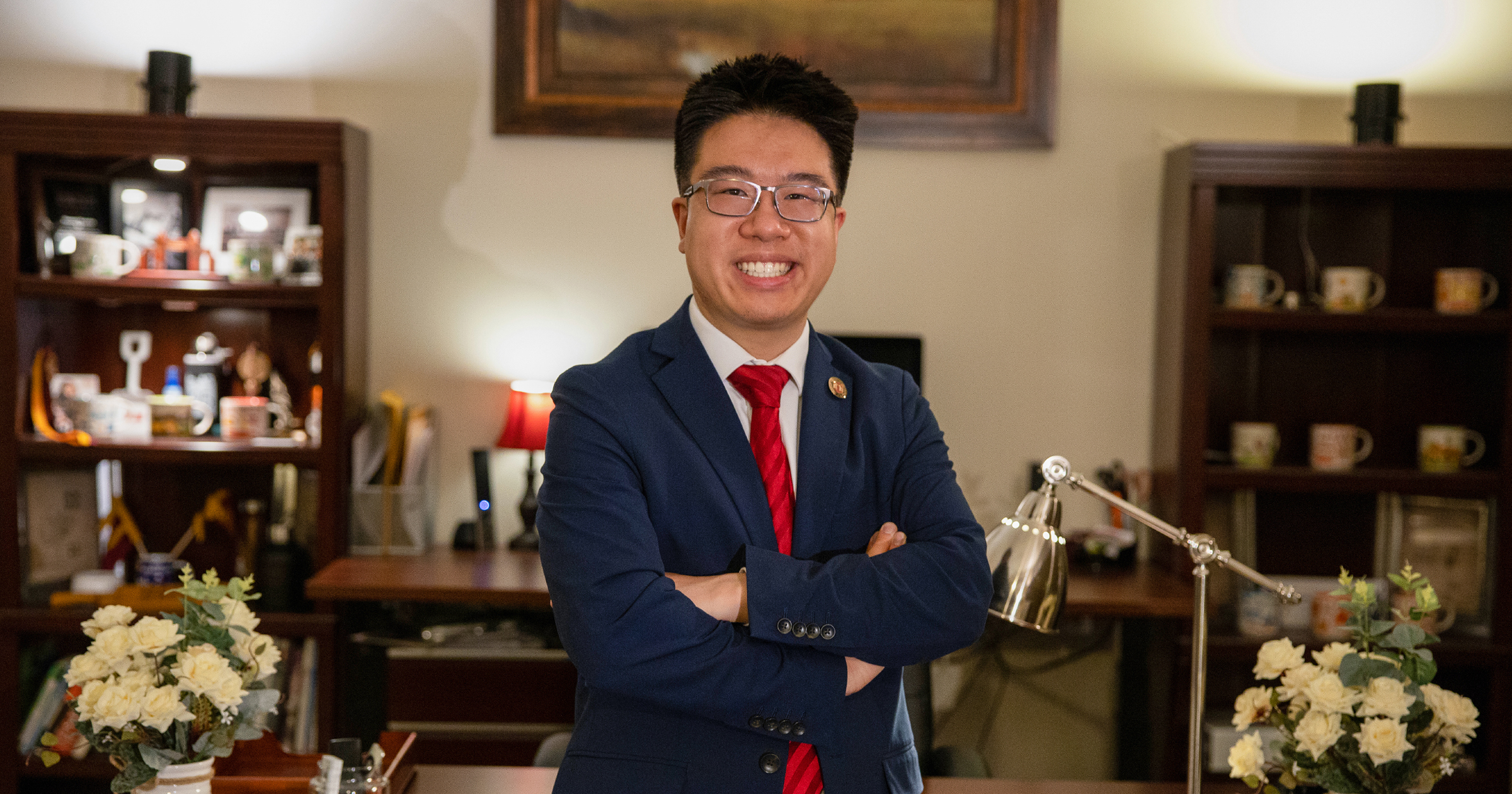 “I’d heard so many stories of people leaving the church after college, and I didn’t want to be part of that statistic, so I was very intentional about my walk with Christ.”

Tim Kosaka spent his teenage and college years determined to stick with God and stick with the church. Once he graduated from college, however, Kosaka realized that following years of planning, the next step of life was truly in God’s hands.

While working at summer camp he applied for jobs and prayed. A college contact told Kosaka she was recommending him for an opening at Southwestern Adventist University (SWAU), and though he didn’t expect to be hired, all the doors opened, and “I took a leap of faith,” Kosaka says.

So Kosaka joined SWAU in 2018, and has since been promoted to director of marketing and public relations, and uses his talents in what he considers to be ministry: The mission to inspire knowledge, faith and service through Christ-centered education.

“Christian education is a form of evangelism because not only are we educating people in our church, but we really serve as a gateway to the non-Adventist community as well,” he says.

At the end of 2019, Kosaka felt inspired to create a way for young people in the church to connect professionally, and Adventist Young Professionals (AYP) was born. It started as an Instagram page, “But God had bigger plans,” Kosaka says.

Today, AYP is a network of thousands of young Adventists starting their careers around the world, and has official representation across the United States as well as in Canada, Australia and Liberia. Kosaka says their goal is to be a hub of resources to help these young people be strong in their careers and grounded in their faith.

When the COVID-19 pandemic began, they launched AYP Devotionals—regular weeknight gatherings online which people joined from all over the world.

“We saw a community formed,” he says. “Authentic friendships developed because these young people were studying the Bible and praying together, learning professional and personal skills from each other.”

AYP Groups offers personalized support resources such as virtual Bible study and professional and personal development groups. This not only offers valuable insights to those who participate, but also empowers people who are passionate and skilled in an area by giving them the opportunity to lead and share with others what they know. Regional teams work to connect young Adventists in their area to each other so they have touchpoints in real life as well.

Kosaka’s skills and passions serve him well in his home church too. During the summer after college, Kosaka prayed God would lead him to a place where he could practice faith in the workplace and where he could find a strong young adult community. He says God answered ‘yes’ to all of that.

“They quickly tapped into my skill set and asked me to serve as public relations director,” he says. “It was their 15th anniversary that year, and we did a special program, put together a magazine, and shared the story of YG making a difference for the local community and online across the globe.”

All of this was, of course, before COVID-19, and Kosaka points out that God used the talent and resources of YG Church to pave the way and prepare the community for the digital ministry that became a necessity in 2020.

Kosaka also fills a mentorship role at YG Church. “They’re big on preparing the next generation of leaders,” he explains. “Every member of YG Church is a mentor to someone else, supporting from the sidelines. It’s a really beautiful part of the church culture at Arlington, offering young people a safe space in which to innovate and unleash their creative ideas to serve.”

Kosaka and his AYP team have been working on launching a mentorship program as well, in which mentors will support professionally, personally and spiritually.

“Cross-generational ministry is so important,” Kosaka says. “When both sides are listening and both sides are sharing, it allows everyone to learn from each other and to blend their ideas into something that can bless people of all ages and all backgrounds.”

Kosaka says young Adventist adults are incredibly important to him not only because he himself fits into that demographic, but because it’s the age in which so many people stray from their faith.

“Our hands are finally let go of and we make important decisions with lifelong impact,” he explains. “I have been blessed with strong church and career opportunities, so I feel called to give back to help others on that journey to be strong in their faith and to make decisions they will be proud of in the future.”

Part of that support means staying strong in his own walk with Christ and maintaining his strong connections to the church.

“We have a call to share God’s love with the whole world, but in order to stay grounded in our faith, we need to be active, not passive,” Kosaka says. “Active church engagement helps all of us be stronger in our faith. Jesus is coming soon, and we cannot be passive.”

By Becky St. Clair. St. Clair is a freelance writer and lives in the Napa Valley area of California with her family.