“Parental match.” It seemed impossible that those words were on the computer screen before her. 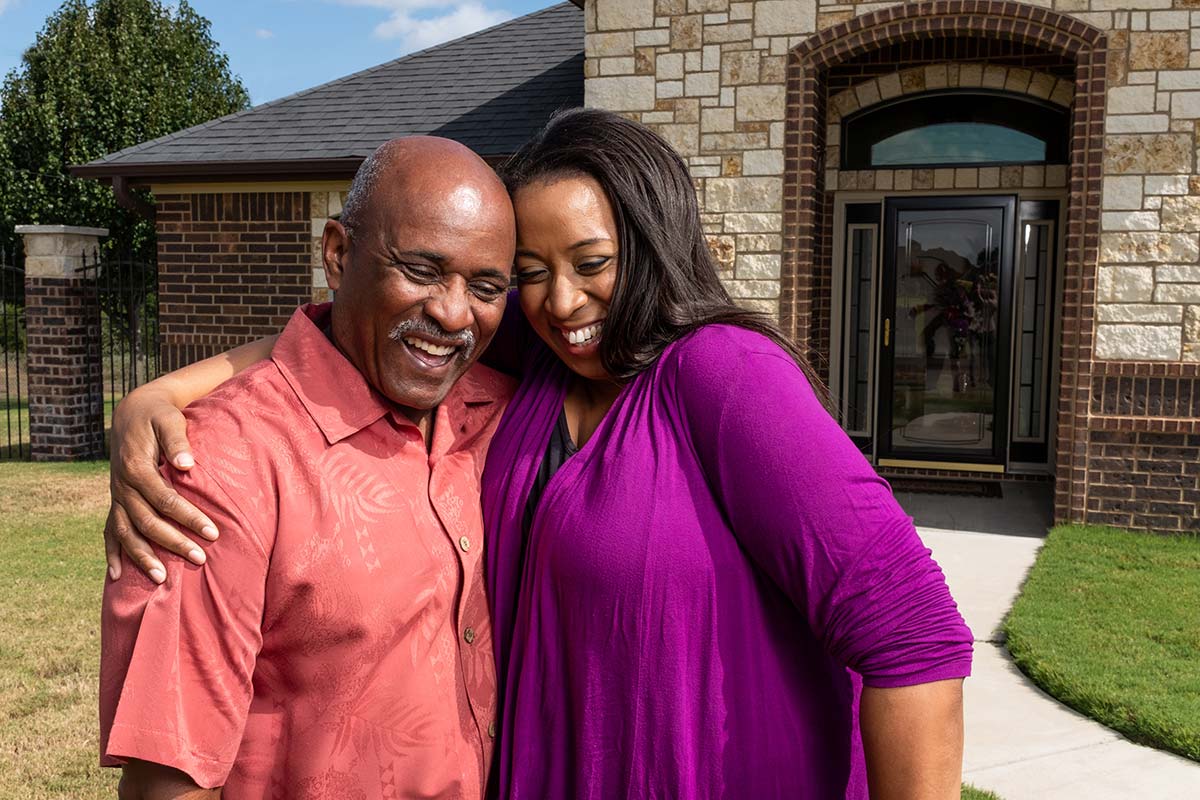 “Parental match.” It seemed impossible that those words were on the computer screen before her. Kisha Norris was floored. She looked again. Following “parental match” were the words “highest probability.” It couldn’t be, she thought. These four words were telling her that, at age 37, she’d found her father. As her stomach turned, she thought, “Can this possibly be correct?”

Kisha was born and raised in Texas. She was an only child and a self-termed “military brat.” Although their family was small, it was filled with love. Her mom, Peggy Norris, was a no-nonsense person who had a long career in the Air Force. She was strict, but she was also joyful and fun, and loved her daughter dearly. “We were very close; it was just me and my mom,” Kisha says. “She was always there, always supportive of everything I did. It was natural for me to pick up the phone and talk to her every day.”

Tragedy struck when Peggy was diagnosed with a brain tumor. Although she underwent surgeries and treatments, they were unsuccessful. Kisha was just 24 when Peggy died. “When my mom passed, I started to wonder if I was even important to God,” Kisha said. “I only had a mom—no siblings or father. How could my mom die? I spent years being angry at God.” Kisha had grown up in the Seventh-day Adventist Church. She knew the Lord, but her loss and pain were were so deep, they had shaken her faith.

Kisha began her career in fundraising at Southwestern Adventist University. Feeling untethered to Texas, she continued developing her career obtaining positions at Loma Linda University Health in California and later at Oakwood University in Alabama. Not knowing anyone when she first moved, she felt isolated and suffered bouts of anxiety and depression. Slowly, she learned to trust and rely on God again. “I felt inadequate, but God always made it work,” Kisha explains. “God revealed Himself and blessed the things that were put in front of me. Through His actions, He told me, ‘It’s going to be hard, but I’m going to take care of you.’”

Kisha continued soul searching and growing her relationship with God. Ten years after leaving Texas, she felt God impressing her to return home and work on her doctorate. “I left my job in Alabama and moved back to Texas without any kind of explicit direction,” Kisha said. “I didn’t have a job, but my best friend invited me to stay with her in Keene, Texas.” God provided not only for her immediate needs, but companionship as well.

Another friend encouraged her to try out a program that traces ancestry through DNA. “I’ve always wanted to do that— find out which part of Africa I’m from,” Kisha says. At her friend’s nudging, she submitted a sample and anxiously awaited the results. A few weeks later she logged on to explore the findings and noticed that the program included a network that matched her with potential relatives based on their shared DNA.

She now sat in front of her computer, dumbfounded by the words “parental match.” Kisha sent a screenshot to her friend and asked her what she thought. The friend pointed out that the site provided a place to message other users and asked her whether she would contact her match. Kisha was unsure. “I like to examine every scenario before I jump into something,” Kisha explains. “But when I hung up the phone, I immediately messaged him. My subject line was ‘Wow.’”

That night, Kisha received a reply: “‘Wow’ is an understatement.”

The user on the other side of the conversation was Carl Moore. “My first thought was, ‘This must be a mistake; I think I’d know,’” Carl said. “It threw me off. There were a few sleepless nights waking up and thinking, ‘How can this be?’”

Carl began an email correspondence with Kisha and she shared details about her family. Carl remembered Peggy and told Kisha that they had met through mutual friends when she was in the Air Force and he in the Army. He shared about his life since that time—his 24 years in the military, his three kids and his wife, Paulette.

“As we emailed back and forth, he asked if we could talk on the phone,” Kisha remembers. “I noticed his area code looked familiar and asked where he lived.” The Moores live outside of Killeen in Kempner, Texas, only two hours away from Kisha. “During our conversation, he asked to put me on speakerphone and introduced me to my stepmom. We all just had a ‘Wow, this is crazy’ moment.”

Paulette took to Kisha immediately. “When I heard her voice, everything fell into place for me,” she said. “I knew at that moment that God had surely been listening. She had this beautiful, warm personality in her voice. I could just feel it. She’s like a breath of fresh air.”

Paulette had been looking for that breath of fresh air since her retirement. “I had in mind for us to maybe adopt a child who needed parents, who we could help out—not just financially, but emotionally and filled with love,” she explained. “But instead, we received this email—when you pray about things, sometimes God gives you what you asked for in a way that wasn’t exactly what you pictured.”

They kept talking by phone and one day decided to meet in person (left photo). “We decided to meet in Killeen and have lunch together. I can still remember my nervousness as I drove to meet my dad. As soon as I came into the restaurant, I saw him waving me over to the table. We smiled and said hello and then I was enveloped in a big hug by my stepmom and then by my dad and all my anxiety melted away,” Kisha remembers.

“To me, it was meant to be,” Paulette says. “I love her with all my heart.” Carl echoes the sentiment. “I have to rejoice because we share a bond, which is the blood,” he said. “She finds me staring at her sometimes because she and I are alike in so many ways. I enjoy having her around. I’m happy, and I hope she is happy also.”

Kisha is most definitely happy. In February, Carl and Paulette came to Keene to celebrate Kisha’s birthday with her (center photo). “I spent the first day of my 38th year with my dad and bonus mom and it was just perfect. In God’s time He makes all things beautiful,” she says.

A few months later, in June, Kisha’s mom would have turned 70. “She was my first love,” Kisha says. “I miss her more than there are words to say, but I treasure all the memories we shared.”

That same month, God provided a sort of healing balm as Kisha celebrated her first Father’s Day with Carl and Paulette. The extended weekend celebration included a trip to Florida to meet many cousins, aunts, uncles and grandparents (opposite, right photo). “It was hard to head back home,” Kisha remembers. “They took me in and loved on me!”

Looking back she says, “As I saw or heard of incredible stories and miracles that God had done in other people’s lives, I wondered if I’d ever have a miraculous story of my own.” Kisha excitedly shares her story with anyone who asks. Carl and Paulette are still introducing her to relatives and friends. The overall reaction is amazement and delight. Kisha, Carl and Paulette are all quick to credit God and His magnificent orchestration of events.

“Someone asked me, ‘Don’t you wish you knew your dad your whole life?’ But who I am now has been shaped by God, and I’m thankful for the way He has ordained it. I have my years with my mom that I will cherish forever, and now I have these years to look forward to with my dad. Everyone is not on the same path. Mine is kind of roundabout, but now I know God was trying to show me that He cared about me all along, even when I was sure I was all alone. The only thing I can say about it is that it is a miracle.”

By Janelle Sundin with Kristina Pascual. Kisha Norris is the Senior Director of Development at Southwestern Adventist University in Keene, Texas.