Getting Back to Bible Principles 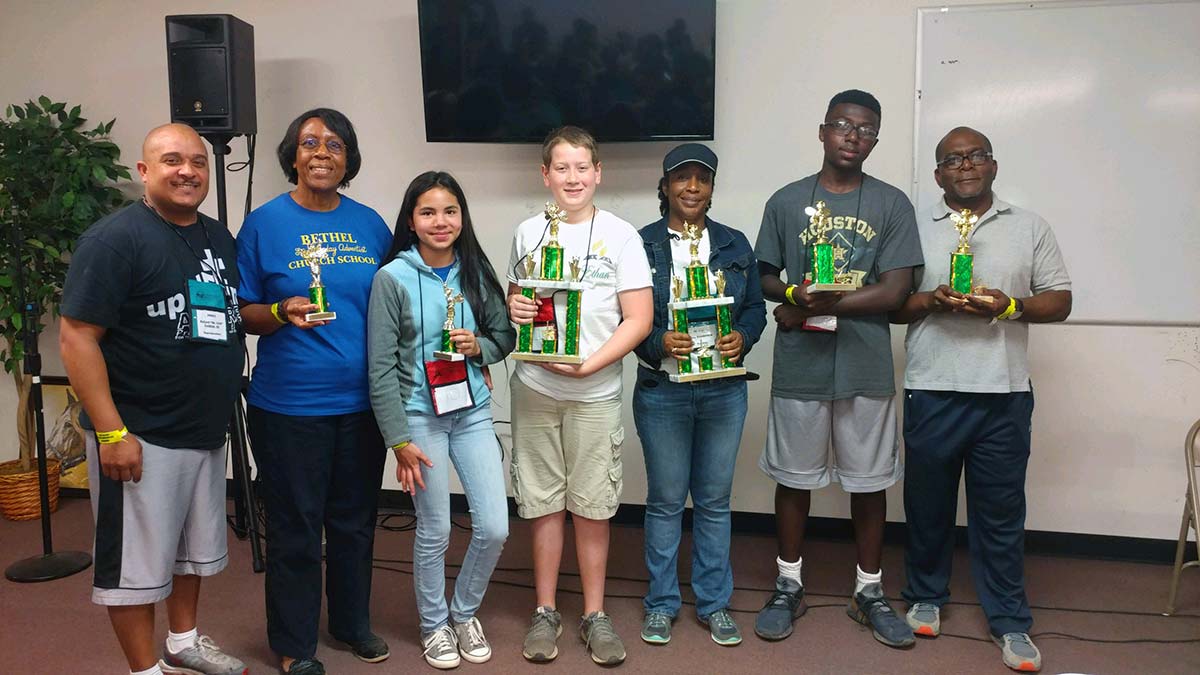 ATHENS, TEX. – Outdoor School is a special program held for 5th-8th grades at Lone Star Camp in Athens, Tex. Every year for one week students come together for fun and unique classes. Two years ago, we only had 46 students. This year, we had over 70 students attend! Some of the classes offered were canoeing, horsemanship, swimming, tie-dye, orienteering, edible plants scavenger hunt, archery, campfire building, and campfire cookery. All classes give the students an opportunity to earn a Pathfinder honor badge.

We had the Spelling Bee champions and the runners-up from each school compete for the Southwest Conference Spelling Bee Championship. Pictured below with his teachers, Ethan McBeath, seventh grader from Applegate Adventist Junior Academy, in Round Rock, Tex., claimed the championship by correctly spelling the word, “SCONCE” (pronounced skån(t)s). Runner-up was Milyn Brown, eighth grader from Excel Adventist Academy in Missouri City, Tex., and third place was Vasti Campusano, seventh grader from Bethel Adventist School in Texarkana, Tex.

Michelle Mota, associate pastor of the Fondren Seventh-day Adventist Church in Missouri City, Tex. was the worship speaker for the week. Then after each devotion, New Orleans Adventist Academy Principal Renee Whiting and Vice-Principal Micah Smith led the students in a fun-filled, interactive lesson on some of the stories in the book of Daniel. Students learned what captivity was like and drew their experience on a poster board. They also learned about the different nations that made up the statue in Nebuchadnezzar’s dream and then made a replica of the statue out of marshmallows.

We look forward to next year’s Outdoor School, and are anticipating over 100 students.