Pathfinder Camporee: On Track With Jesus 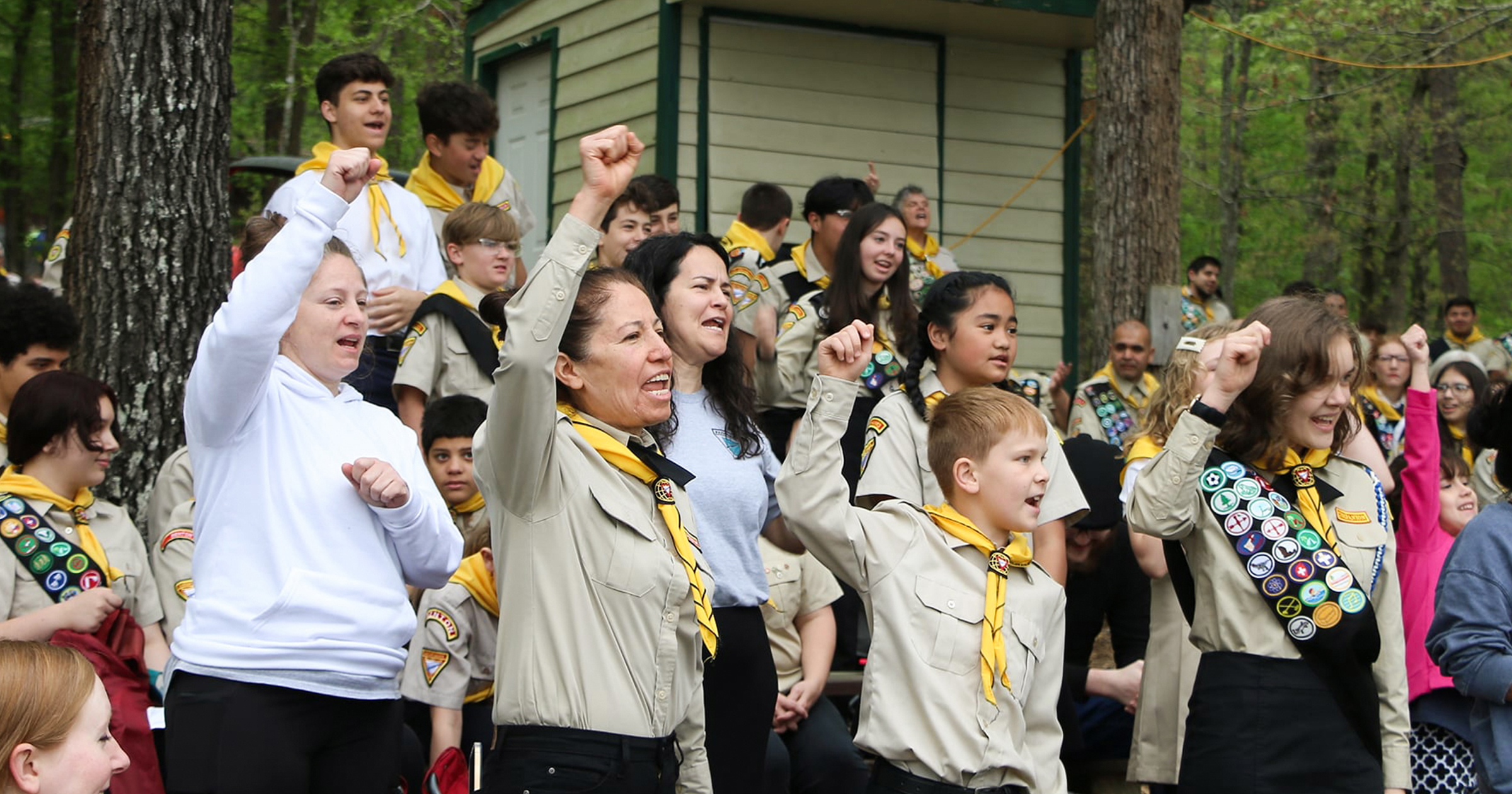 MOUNTAIN PINE, ARK. – On Friday, April 22, 2022, 23 registered Pathfinder clubs started rolling into Camp Yorktown Bay (CYB) with trailers, tents and lots of excited Pathfinders. This was the first Arkansas-Louisiana Conference (ARKLA) Pathfinder Camporee in over four years. We ended up with 289 Pathfinders and staff over the weekend. Tents were quickly set up and cook tents dotted the ball field and camping areas. As an alternate “Pathfinder Song”  by Stan Schirmer says, “Running up the highway, following the Son; we are the future, a promise just begun. We are the next generation, tomorrow’s in our hands; in a world of problems, we’re going to make a stand.”

David Craig, ARKLA Conference youth and young adult director, was our speaker, with stories about the path: “Don’t Stop on the Path,” “Stay on the Path,” “Keep Going,” “Don’t Panic When You See the Finish Line” and “There Is Help If You Crash on the Path.” Jefferson Christian Academy gave us rousing song services and taught us Schirmer’s Pathfinder song: “Jesus is my friend, He’s a true companion. We are God’s explorers, Rangers for the Lord. Voyagers together, working side by side. No matter what the problem, God is going to be my guide.”

Sabbath morning consisted of a scavenger hunt called “Picture the Bible Stories.” Twenty-two items were listed to use in pictures depicting Bible stories. Teams were judged on originality, creativity, completing the list and using the whole team. There was a wide variety of winners in this activity. This was the first time in many years that the Bible Bowl was combined with a camporee. We had 13 teams registered for the Bible Bowl with four first-place rankings. Hot Springs Pathfinders came in at the very top! Three new Pathfinder area coordinators and one Adventurer area coordinator were invested for ARKLA.

Saturday night was a highlight, with 102 cars registered for the Pine Car Derby! It was a fun time as teams and clubs raced their cars with the best of them. Medallions and trophies were handed out at Sunday morning worship. Again, Schirmer’s lyrics, “We are Pathfinders! Tomorrow’s in our hands. In a world of problems, we’re going to make a stand. We are the Pathfinders! Believe us when we say, we are heading in the right direction, ‘cause Jesus leads the way.”