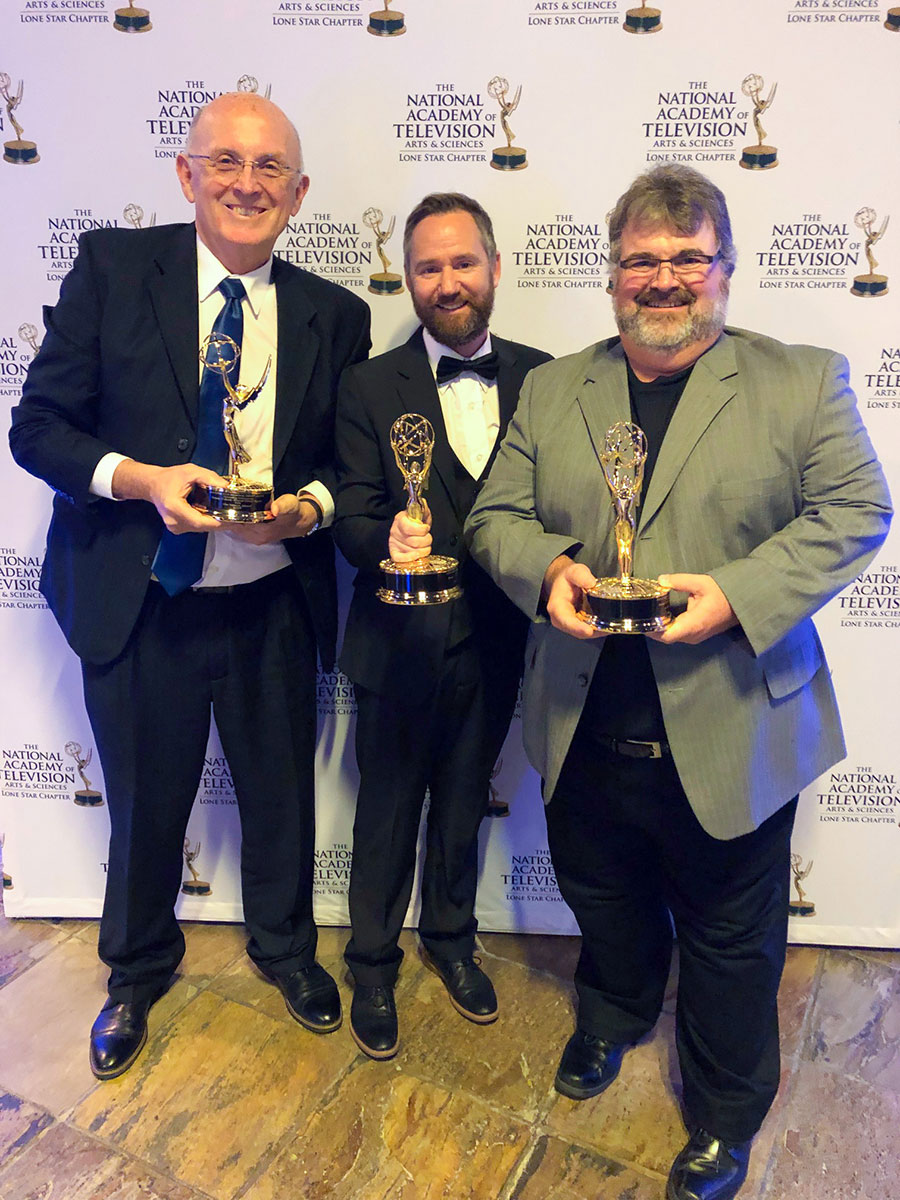 KEENE, TEX. – Southwestern Adventist University’s department of communication won an EMMY® award—the highest honor in the television industry—at a televised awards ceremony in Houston, Texas on Nov. 10. Professors Kyle Portbury, Michael Agee and Glen Robinson each received an EMMY® for their work on “Truth” in the category of Historic/Cultural—Program Feature/Segment. In addition, writer/director Kyle Portbury received an EMMY® nomination for outstanding achievement in directing. The EMMY® Awards ceremony was conducted by the Lone Star Regional Chapter of the National Academy of Television Arts and Sciences.

Produced by Southwestern’s Institute of Christian Film, “Truth” tells the story of women’s rights activist and abolitionist Sojourner Truth and the speech she delivered at the Women’s Convention in Akron, Ohio in 1851. “Truth” is a graphic novel style animation featuring the voices of a number of current communication students and staff members, along with professional actors. It is the first episode in the Institute of Christian Film series, True Heroes, with episode two, “Resistance,” currently in production.

The EMMY® award is the most recent and widely recognized of the many awards that the three professors have received during the course their professional careers.

Glen Robinson, Ph.D., is known primarily as a writer, with more than 200 published articles and stories as well as 22 published books. His awards over the years include two Angel awards for writing and editing; two honorable mentions from the Society of Adventist Communicators for writing and web design; an American Fiction Awards finalist in 2018; and an official selection by New Apple book awards in 2018.

Michael Agee, department chair and general manager of the university’s TV station, KGSW, also has a long history as a successful radio station manager. He is a three-time Dove Award winner for Station of the Year from the Gospel Music Association; received a Station of the Year award from Radio and Records; was a finalist for a Marconi Award; and received a Crystal Community Service Award from the National Association of Broadcasters.

In his wide-ranging film career, Kyle Portbury has won multiple awards, including best documentary at The Mountain Film Festival in California for his film “The Mountain Within,” 15 international awards including the prestigious CINE Golden Eagle for his television series “Beyond the Search,” and a nomination for best direction in online drama at the 2017 Australian Directors Guild Awards for the six-part mini-series version of “Tell the World.”

“We are humbled to receive an EMMY® award for “Truth,’” says Portbury. “Sojourner’s courage to speak up against injustice 167 years ago still resonates today. It’s sacrifices by people like Sojourner Truth that encourage us today to keep trying to do what is right, regardless of the consequences.”